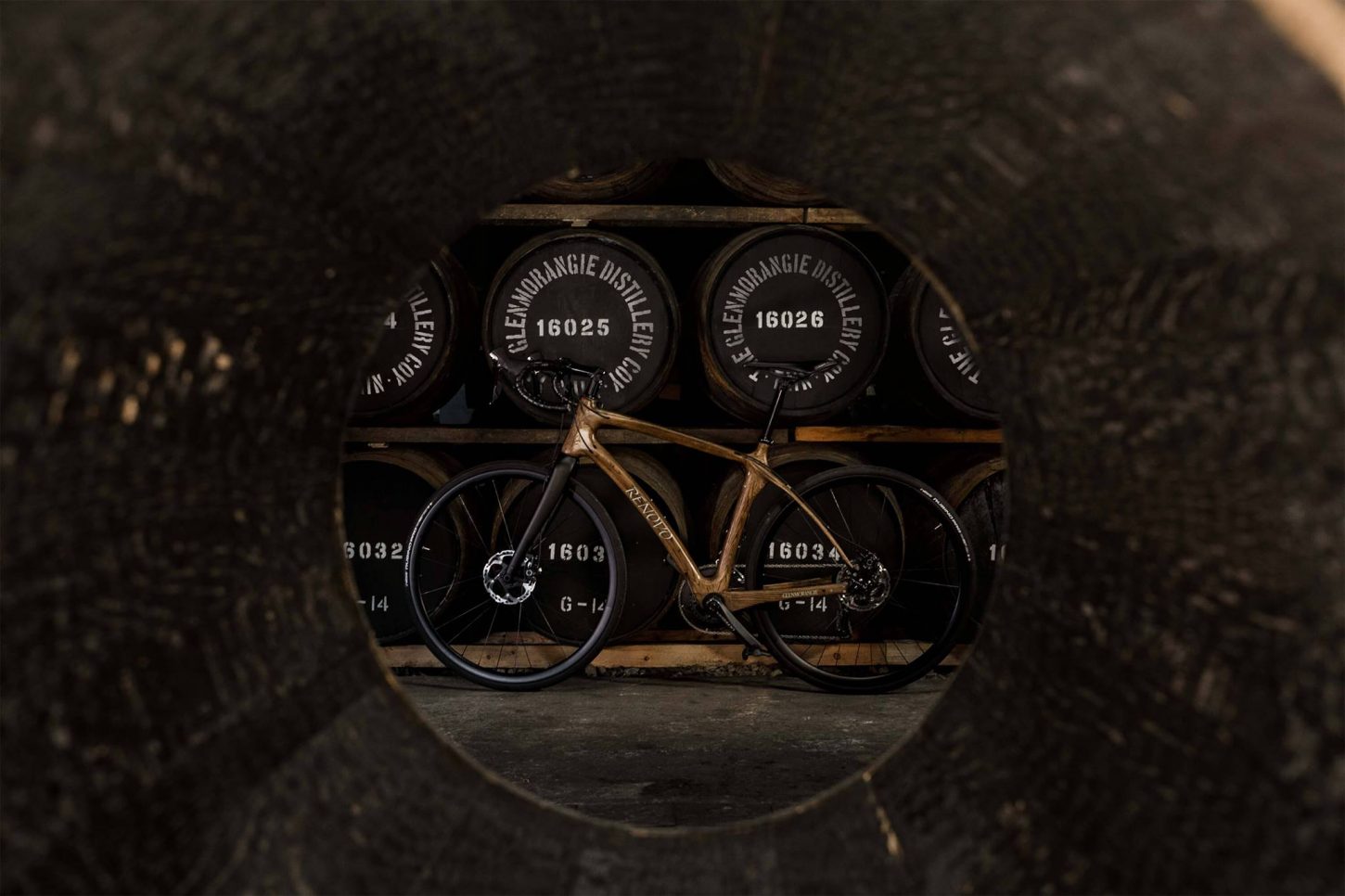 What do you get when you mix a bicycle and whiskey, a drunk cyclist? Perhaps, but in the case of Renovo Hardwood Bicycles, you get an artisan bike that’s been crafted from the wood of old whiskey casks.

Indeed, Renovo has partnered with the century and a half old Glenmorangie brand, to produce wooden bikes made from the distillery’s used  whiskey casks.

According to Renovo, the Scottish brand delivers them decade-old retired casks to their workshop in Oregon, where the staves (the sides of the barrels) are crafted into the company’s range of road, adventure and MTB models.

Before you raise your glass however, one of these exquisite bikes comes at a price that’s more that just a few rounds of scotch.

In fact, with a price tag of $6,950, that would the equivalent of a life-time supply of the brown devil for Foster Brooks.

Not that Foster ever drank anything as good as Glenmorangie.

Renovo has collaborated with Glenmorangie, creators of Highland Single Malt Scotch Whiskies, to create the world’s first bicycle made from whisky casks. In giving a new life to the material this partnership creates a supremely functional machine with a history; and a future, of creating enjoyment.

For the Glenmorangie Original bicycle, Renovo designers took inspiration from the shape of Glenmorangie whisky cask staves, with the downtube and top tube echoing the trapezoidal shape of the stave and the arcing curve of the cask. These shapes are integrated into a frame with the same smooth-riding hollow frame technology as all Renovos and “longbow” seatstays engineered to further tame rough roads.

Besides the same legendary ride as all Renovos, the Glenmorangie Original is a rolling testament to the versatility of wood. That versatility is evidenced by the ability of the Glenmorangie Original to exceed expectations on any sort of ride. A fast and responsive road machine when shod with the stock 700x28mm tires, it can transform into an incredibly smooth and stable adventure machine simply by swapping in larger tires- up to 40mm wide to tame the roughest of unpaved roads.

Our Launch Edition is built with a Shimano Ultegra shifting and braking systems, a full-carbon thru-axle fork, lightweight and aerodynamic Velocity wheels and a lightweight and comfortable FSA cockpit. A more rarefied ride is possible with The Prestige Edition, equipped with Shimano’s flagship Dura-Ace system offering electronic shifting and hydraulic braking, complimented by Rolf Prima carbon-fiber wheels and a carbon fiber FSA cockpit.

The Glenmorangie Original by Renovo represents an emerging style of bicycle that harkens to the past while speaking to the future of riding as well. This is not a specialized machine for a single discipline, but a bicycle built for riding whatever roads lie ahead. With relatively wide tires for a road bicycle, powerful disc brakes and 22-speed drivetrain the Glenmorangie Original bike is made to inspire riders to transcend their everyday experience with the special ride quality which can only come from carefully selected hardwoods.