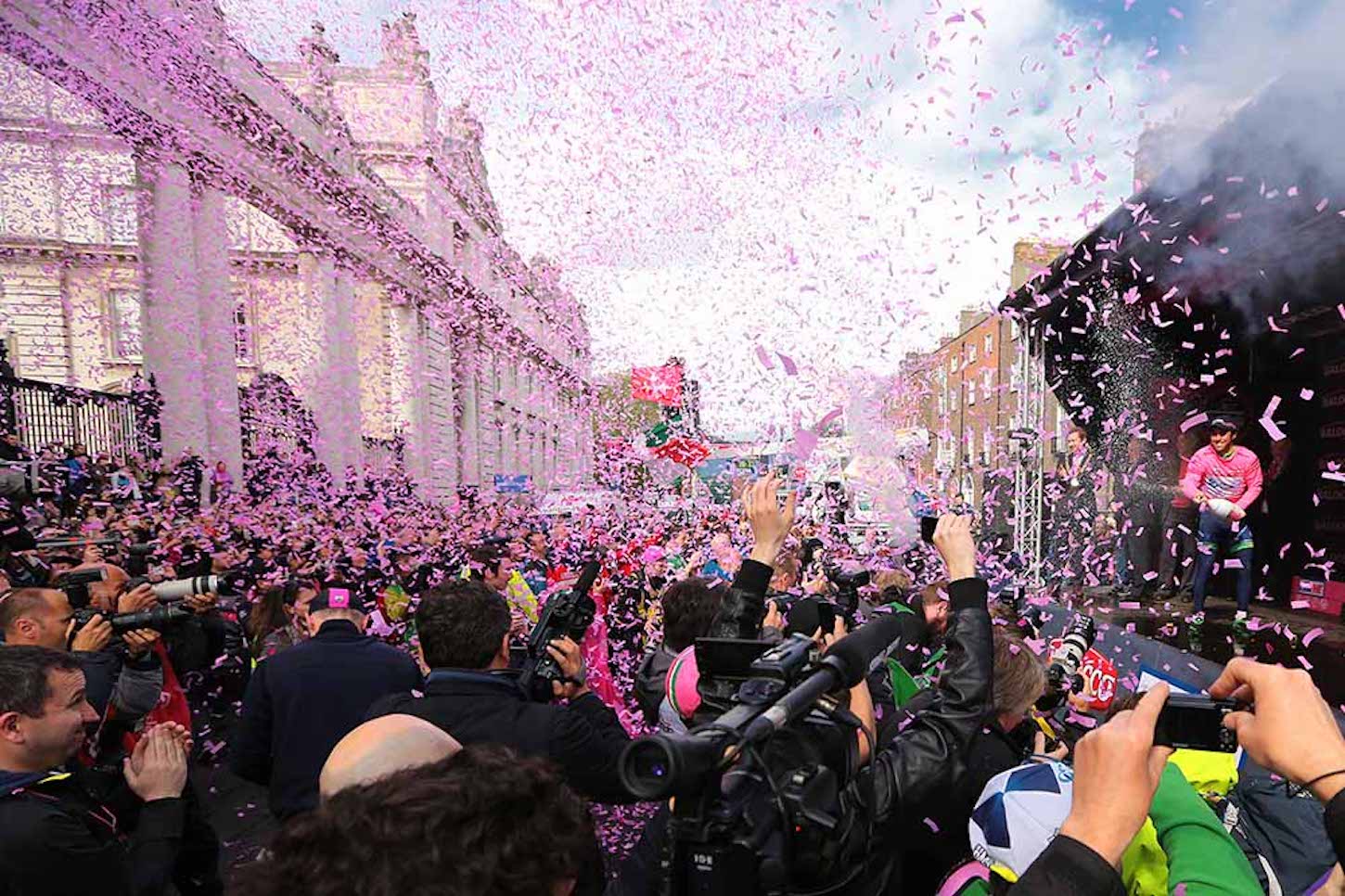 Organizers for the Giro d’Italia have announced the revised route for this year’s race today, which will include mountain top finishes in Matera and atop the Roccaraso during the opening week to replace the cancelled road stages in Hungary.

Another addition to the race comes on stage 6, where riders will be brought from Castrovillari along the coastline of Basilicata to a finale in the city of Matera.

As previously announced, the race will start with a 16 kilometer time trial in Monreale-Palermo on the northern coast, before the first road stage on day two takes the peloton over 150 kilometers from Alcamo to Agrigento.

Riders will then take on the first summit finish, with a 150 kilometer stage from Enna that finishes atop the iconic Mount Etna.

Stage five will now be a 225 kilometer leg from Mileto to Camigliatello Silano, which closes out with a moderate 22 kilometer final climb to the finish.

The following day features a 188 kilometer route from Castrovillari to Matera.

This year’s race will still include three time trials – stage one, stage 14 and on the final day in Milan to close out the race – with the total solo distance coming to 64.7 kilometers.

The highest point in this year’s Italian Grand Tour will be the Stelvio at 2,758 meters, the penultimate climb on stage 18.

The final two weeks of the race will remain unchanged apart from stage 10, which now starts from Lanciano instead of San Salvo and has been shortened from 212 kilometers to 177.