“The Rider” by Tim Krabbé is Back in Print 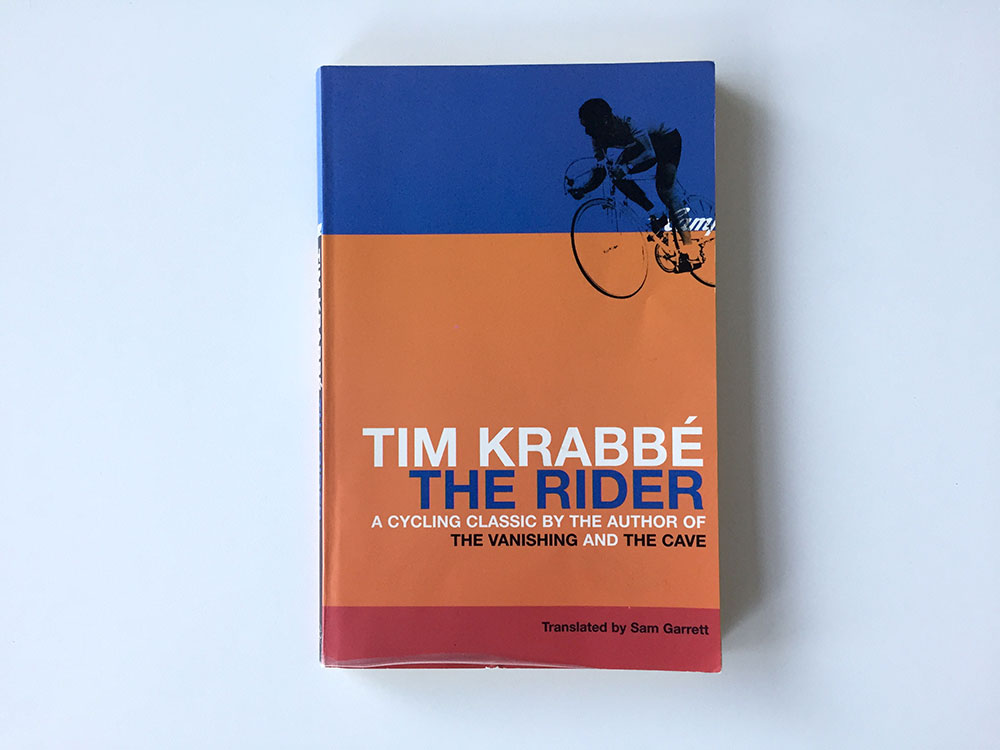 25 Aug 2016
By Campionissimo - In FEATURED ARTICLES, LATEST ARTICLES, THE PODIUM

Considered a staple amongst cycling’s bibliophiles, after a long absence, Tim Krabbé’s The Rider is finally back in print.

Originally published in Holland in 1978, The Rider became an instant cult classic, selling over 100,000 copies.

Brilliantly conceived and written at a break-neck pace, it is a loving, imaginative, and, above all, passionate tribute to the art of bicycle road racing.

Not a dry history of the sport, The Rider is beloved as a bicycle odyssey, a literary masterpiece that describes in painstaking detail one 150-kilometer race in a mere 150 pages. The Rider is the ultimate book for bike lovers as well as the arm-chair sports enthusiast.

Tim Krabbé is one of Holland’s leading writers, and his novels are published all over the world. His many books include The Vanishing, which was made into a successful film, and The Cave.

‘The Rider is a great read and a great ride. Krabbé’s half-day race, delivered kilometer by kilometer onto the page, shows the sport for what it is: painful, exhilarating, tactical, relational, fast, slow, dangerous, consuming, prone to mechanical failure, heroic, futile…” – Donald Antrim

‘…there’s something about Krabbé’s spare writing style that lulls even uninitiated readers into a sort of trance-presumably not unlike that of the long-distance racer moving ever closer to the finishing line.’ – Time Out New York

‘Compelling…irradiated by an intense love of cycling and a fascination with the nature of the racing experience… [Krabbé] captures the rhythm of the race.’- The Economist

‘A complex meditation on the nature of extreme physical and mental exertion, wrapped in the guise of a simple account of one bicycle race. It will leave you wrung out, exhilarated, and relieved that you didn’t break any bones while experiencing it.’ – Bookworm