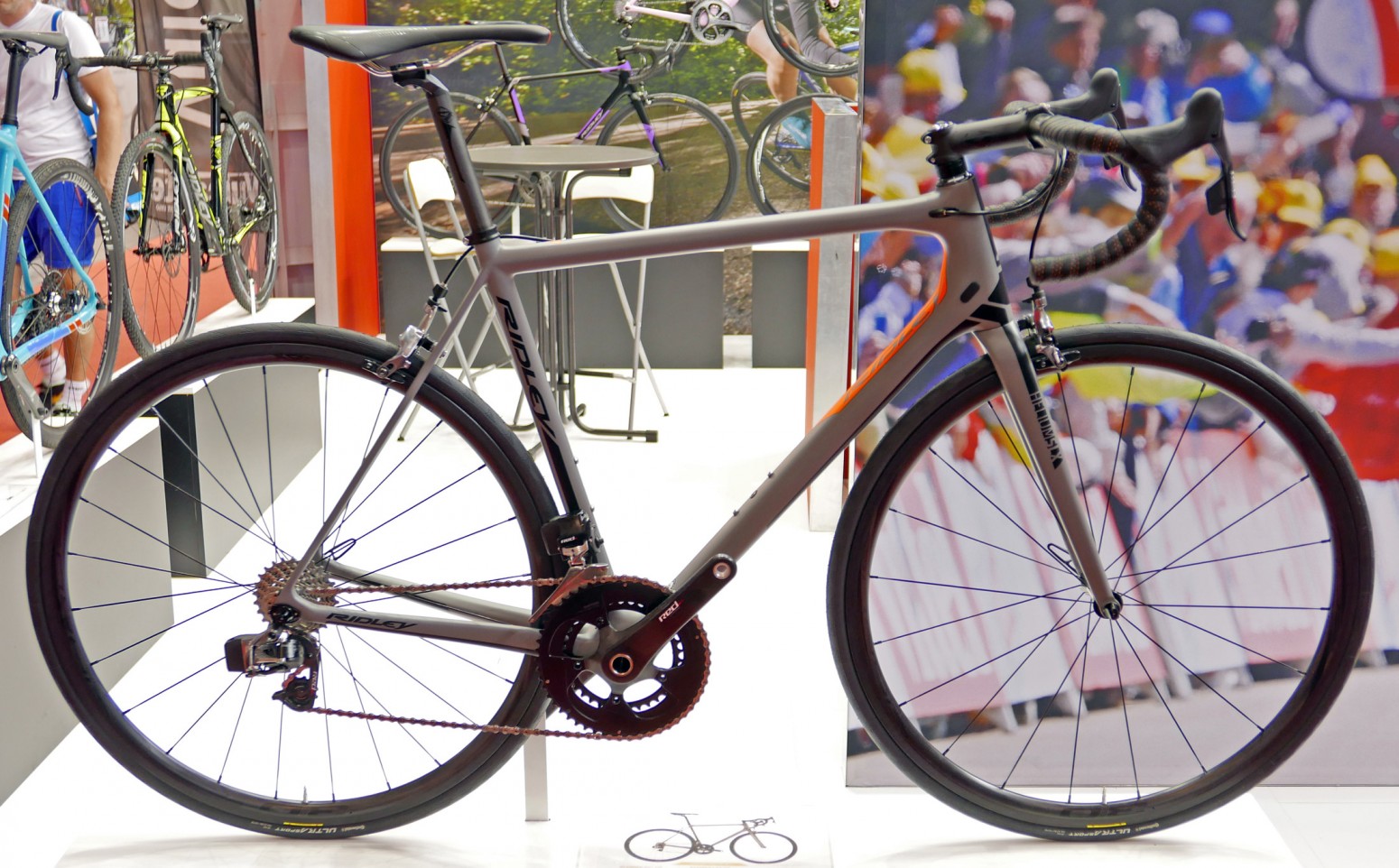 Ridley broke cover with its new Helium SLX road bike during last month’s Eurobike show, and it’s the kind of bike we love.

Indeed, simple, clean rounder tube profiles characterize the design of Helium SLX’s frameset, instead of the over-built, notoriously harsh riding aero-bikes that have come to inundate the market.

Thanks to a new carbon lay-up process, Ridley says the new Helium SLX tips the scales at a feathery 750g, while also gaining 15% more stiffness – making it one of the lightest frames available.

The SLX’s fork has been slimmed down bit also, to the tune of 50g, which now features straight blades as compared to its predecessor’s curved fork.

Additionally, the SLX gets internal cable routing throughout, along with even greater tire clearance for up to 28mm.

However, in our opinion, perhaps the best feature of the new Helium SLX, is NO disc brakes.