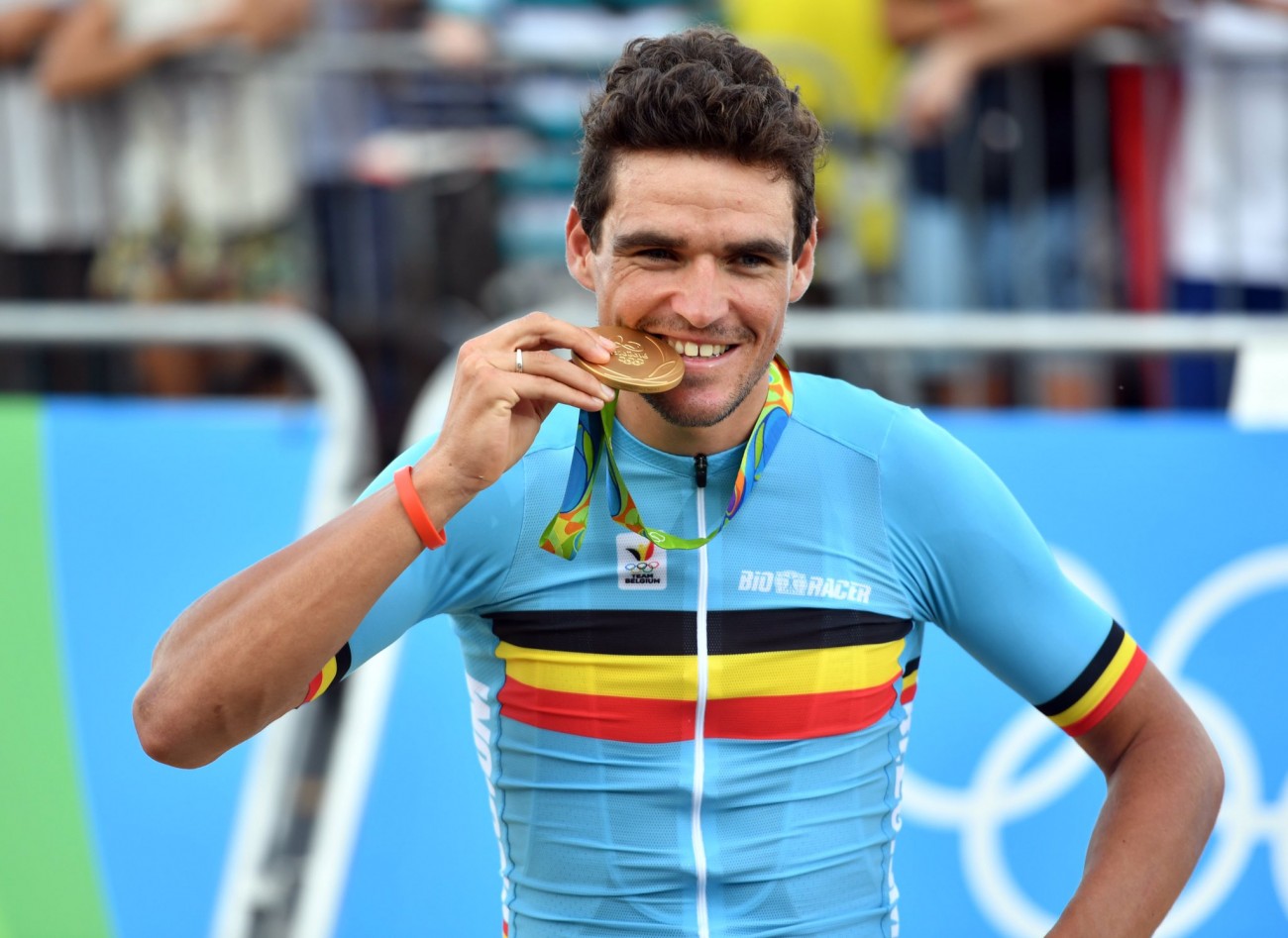 For cycling’s road race gold medallists in the 2016 Olympic Games, victory in Rio this August represents a new high point in their careers – whilst for the time trial winners, clinching gold was one last amazing moment of glory before imminent retirement.

For Greg Van Avermaet victory in the Olympic Games men’s road race saw the 31-year-old fly home to Belgium with the biggest win of his career to date. For years Van Avermaet has had a career with more near-misses than stand-out victories. And this season has been anything but straightforward: after taking victory in the Het Nieuwsblad and Tirreno-Adriatico, as well a stage and leading the Tour de France, he crashed in the Ronde van Vlaanderen, leaving him out of Paris-Roubaix with a broken collarbone. His winning streak was followed by a definite low point.

Rio 2016 has confirmed that Van Avermaet was once again back in shape, but as the man himself said prior to the Olympics, racing on such a hilly course was a difficult challenge, and he only gave himself a five percent chance of victory in the road race. However, on the day itself, Van Avermaet proved more than up to the task of winning.

Anna van der Breggen on the up

As for the Olympic road race titles, for the Netherlands’ Anna van der Breggen, victory in Rio represents a significant addition to her one-day palmares. A double silver medallist at the Richmond 2015 UCI Road World Championships (time trial and the road race), the 26-year-old has shown her considerable versatility as a racer with two victories in the steep uphill finish of La Flèche Wallonne Classic to her name. Further evidence of van der Breggen’s range of skills is a victory over the cobbles of Flanders in the Omloop Het Nieuwsblad in 2015, the same year that she won the prestigious La Course By Le Tour de France in Paris. In stage racing, too, van der Breggen has displayed enormous talent, winning the 2015 Giro d’Italia Femminile, one of the toughest multi-day events on the calendar.

Three in a row for Kristin Armstrong

In the case of Kristin Armstrong, taking time trial gold for a third successive time in her career after Beijing in 2008 and London in 2012 sees the US rider making history in all sorts of ways. At 42, she is the oldest woman to win gold in an individual Olympic event since 1908, when British archer Sybil Newall triumphed in the London Games aged 53.

At the same time, Armstrong has now equalled the record of three Olympic road golds held by the Netherlands’ Leontien van Moorsel, winner of both road race and time trial gold in Sydney in 2000 and then also the winner of the time trial in Athens four years later.

Having retired twice, once in 2008 to have a family – and her son Lucas watched her win yesterday – and once again in 2012 when she needed multiple hip operations, Armstrong was asked what drove her to come back and try to go for Olympic victory again. Or, as she put it herself,

“When you’ve already been two times at the pinnacle of the sport, why risk coming back for the gold medal?”

“The best answer I can give is that I can. Today the stars aligned. I knew it was going to be a close race.”

At the same time, Armstrong says that she wants to be an inspiration for her five-year-old son.

“He sees me work really hard, he sees me be healthy. The first question he asked me was ‘Mama, why are you crying, didn’t you win?’ There’s another life lesson I have to teach him – why you cry when you’re happy.”

Fabian Cancellara: “a perfect way to end my career”

As for men’s time trial winner Fabian Cancellara, like Armstrong the 2008 Beijing gold medallist is set to retire very soon, and like Armstrong, the 35-year-old was determined to go out on a high note in the Olympic Games. But after a very bad crash in London’s 2012 Olympic road race had all but ruined Cancellara’s options on defending his 2008 Olympic time trial title, Rio also represented one final opportunity for Cancellara to set the record straight.

“This was the last chance for me to win an Olympic medal, the last big time trial of my life,” Cancellara said, “and to leave the sport at the end of this season is just a perfect way to end my career.”

Leaving Olympic racing in such a blaze of glory was more than appropriate for a rider nicknamed Spartacus. As Cancellara put it, “In my retirement year, I wasn’t just going to wave my arms.”

Although well-known for his Classics racing prowess with victories in monuments like Milano-Sanremo, Paris-Roubaix and the Ronde van Vlaanderen as well as stand-out triumphs in the Tour de France, it is perhaps appropriate that Cancellara’s greatest final victory should come in a time trial.

After all, Cancellara’s earliest stand-out wins back even before he turned professional were when he was twice junior time trial UCI World Champion, in 1998 and 1999 – before going on to take the senior title no less than four times.