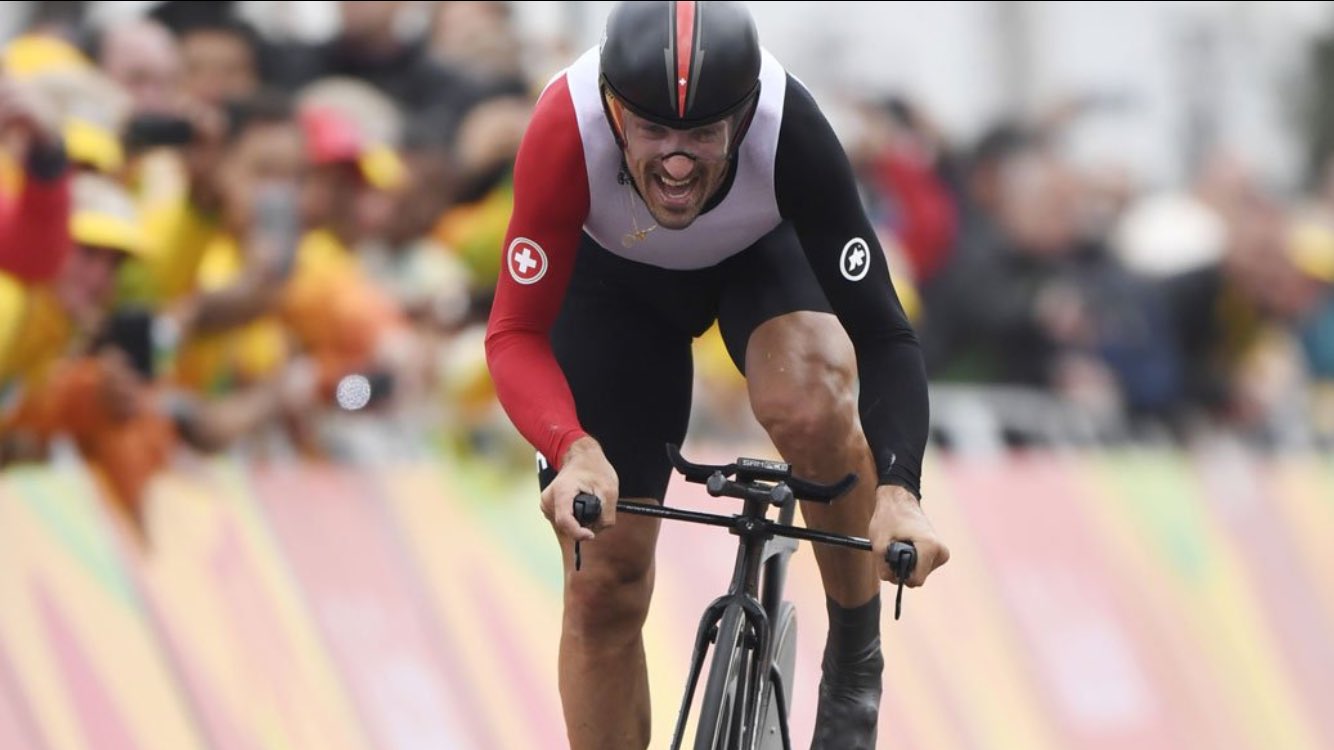 Froome was arguably the favorite to win entering the event. He finished second and first on the Tour de France’s two individual time trials,  before winning the yellow jersey. There was some question about his form, however, with the Olympics occurring so close to the end of Tour. Froome finished a disappointing 12th in the road race.

Dumoulin was the other obvious favorite, after he finished first and second in the Tour’s time trials, mirroring Froome’s results.

However, the Dutch rider suffered a fractured wrist late in the Tour, which impeded his climbing ability. As result, he voluntarily withdrew from the men’s Olympic road race early on course.

Though riders had to overcome rain and high winds, the time trial course did not include Vista Chinesa, the harrowing climb and descent that caused several riders to crash during the men’s road race on Saturday. Like the women before them, the men were able to stay upright on what was a relatively conventional time trial course. The men rode two loops of the Grumari circuit, climbing for 6.8 kilometers along the 54.5-kilometer route.

Cancellara, nicknamed “Spartacus,” was caught on camera saying he had just finished his “last one.” At 35 years old, Cancellara is one of the elder statesmen of the sport, and one of the most renowned stage and time trial racers in cycling history. In July, he rode his final Tour de France, which went through Switzerland in seeming tribute. He also has a gold medal in the 2008 Beijing Olympic time trial, and a silver in the Beijing road race.

Meanwhile, Taylor Phinney was the American favorite. He has proven time trial bona fides before, just not in individual events. He was part of a world championship team trial team at the 2015 world championships in Richmond. Today, he finished 22nd with a time of 1:17:25.