2016 Rio Olympics Road Cycling Events: How Challenging are the Courses? 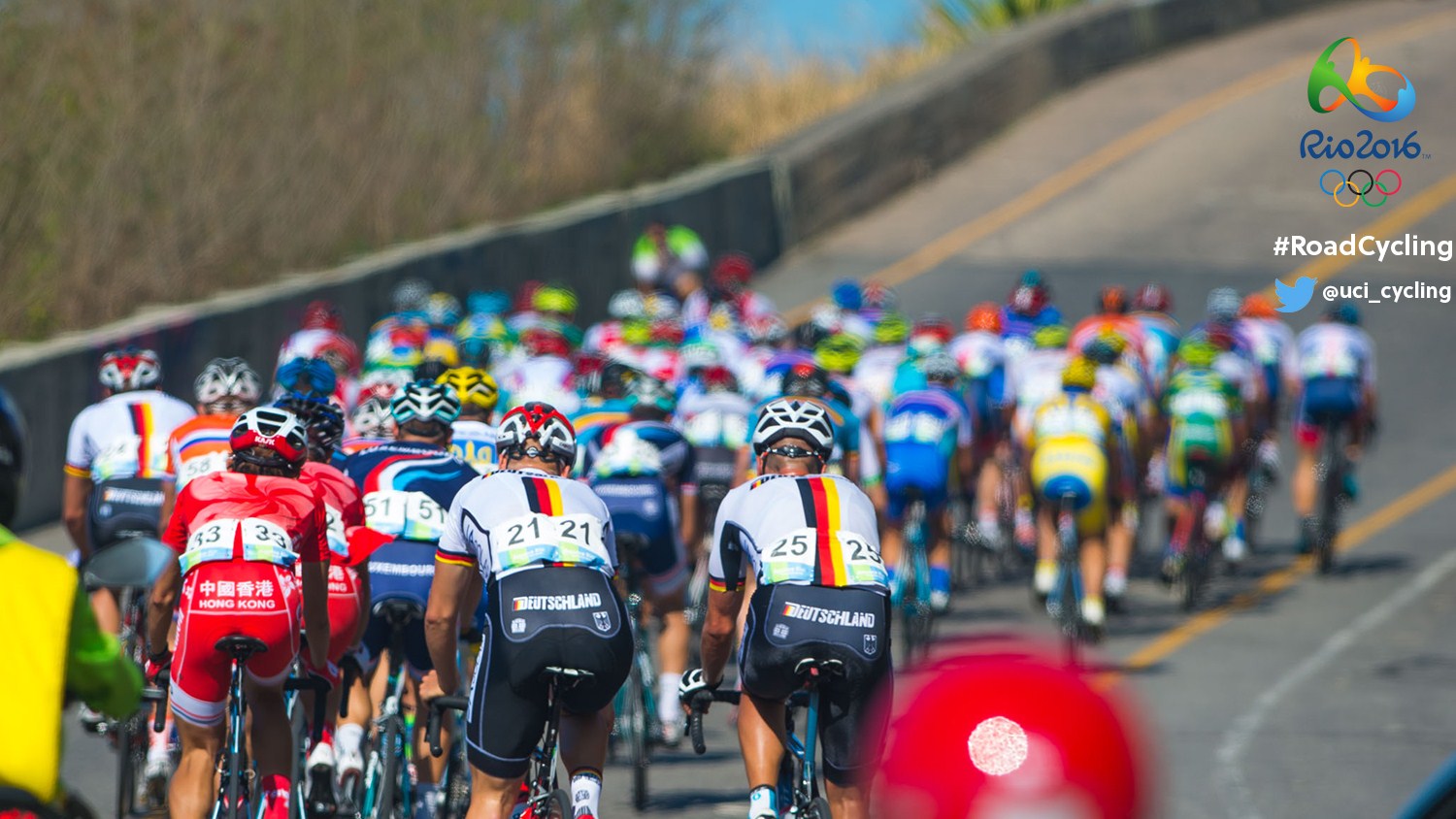 As the countdown to the 2016 Olympic Games enters its last days and hours, one question yet to be answered is whether the terrain for Rio’s road race course makes it one of the hardest one-day events the sport has ever known.

In terms of the sheer variety of challenges packed into the events, neither the 241.5km men’s course nor the 136.9km women’s course has an equal in modern-day racing. The races combine sectors of cobbles that would not be out of place in Paris-Roubaix, climbs whose steepness and length are reminiscent of an Ardennes Classic, coastal roads as exposed to gusting cross-winds as many a Flemish or Dutch Classic and – just for good measure – Tour de France Alpine-style technical descents. Add in temperatures possibly as high as 30 degrees, narrow forest roads, teams of a maximum of five and the enormous prestige of winning an Olympic medal and the Rio courses have almost every element necessary to be two of the most demanding, tactically complex and downright exciting one-day races on record.

Looked at globally, the 2016 Olympic road-race circuit, raced by the men on Saturday August 6th and the women on Sunday August 7th, comprises two very hilly loops, separated by a lengthy flat run along the Rio de Janeiro coastline – and back again. Whilst the first set of shorter, punchier climbs, will likely break up the peloton, the second set featuring the Vista Chinesa ascent will almost certainly whittle any breakaways down to just a handful of riders. Then the Olympic road-race route descends back down to the coastline and amidst a fast gallop back to the start/finish area at Copacabana, the final battle can begin…

However, climbing and handling cobbled pave sectors are not the only two skills required to win the 2016 Olympic road race. Both for the men’s and the women’s race, the opening section of the route which runs out of Copacabana and along the Atlantic coastline for almost an hour’s worth of racing may be flat but it’s potentially anything but straightforward. Buildings line one side of the route, but on the other, there is the open sea – and incoming cross-winds, as are forecast for Saturday, could well play a key part in wreaking an early dose of racing havoc in the shape of échelons.

Shortly after the opening segment of the course ends, the first part of the opening Grumari circuit consists of a 2km chunk of pavé, which will surely see the riders fighting hard for position in the bunch to move onto the cobbled sector at the head of the action. Although not as hard as the worst Paris-Roubaix sectors of cobbles, the surfaces of this segment of Rio pavé have much more in common with ‘the Hell of the North’s’ farmland tracks than, say, more neat, orderly, city centre-type segments of cobbles. (In order to minimize the damage caused by any punctures here, officials have set up a technical zone with technical support for the riders immediately after the pave sector). Then the circuit swings rapidly onto the Amstel Gold Classics-style, short, steep Grumari climb, just 1.3km long but with a maximum lung-bursting gradient of 24.1 percent in an area of dense forest. After a high-speed, technical drop down to sea level, the second ascent, the Grota Funda, is 800m longer than the Grumari, but has a lot steadier gradient, averaging around 6.8 percent. The descent is more straight forward as well. The women tackle this Grumari-Grota Funda loop twice, the men four times – each time with the bone-shaking sector of pavé perhaps further splitting the race apart.

Following a fast descent back to the coastline, both races put the Grumari circuit behind them and head back along the same coast road, with the same – or greater – risk of echelons, as on the way out. Immediately prior to the potentially decisive Canoas-Vista Chinesa twin ascent, there is a brief very challenging little obstacle in the way: the Joa climb.

Short, steep (including multiple switchbacks) and very punchy, the Joa – which would have a major impact in any other event – will likely make only minor differences to the men’s race, given the riders then tackle the Canoas-Vista Chinesa climbs three times and cover the full circuit twice. For the women, on the other hand, with just one ascent of the Canoas-Vista Chinesa, the Joa, around 30km from the finish, could well serve as a key early uphill springboard for any final salvo of attacks.

Canoas-Vista Chinesa – two climbs in one

If Canoas-Vista Chinesa should probably be considered as a single climb, the good news for the wearier members of the Olympic peloton at this point in the game is the lengthy middle downhill section after the Canoas climb and prior to the ascent to Vista Chinesa. The climb is two lanes wide and the average gradient a comparatively benign 6.2 percent. The bad news is that the Canoas-Vista Chinesa climb is 8.9 kilometres long, has a notably difficult start, a vertical gain of 635 metres and a maximum gradient of 20 percent. Furthemore, with just a few kilometres between the end of the fast, technical, descent that completes the 25.7km circuit and the start of the next one, there is barely any time to recover. All this at a point in the race when riders are already exhausted.

Riders will therefore have little time to notice the splendid scenery around them on this climb: dense forest in a national park, the huge pagoda with stunning views of Rio at the top of the Vista Chinesa, and the Mayor of Rio’s home residence. More likely on the relentlessly steady slopes of Canoas-Vista Chinesa, they will be concentrating on spending their rapidly ebbing energy levels on trying to stay in front of the race.

What is certain is that on such a difficult circuit, any riders who make it out of the pack and into a breakaway will be extremely hard to reel in on the fast, technical 6km descent – with several switchbacks on the uppermost part for good measure – which follows. Only if a strong chase group forms on the last seven flat kilometres back to Copacabana once they leave the circuit after two and a half laps is there any chance of catching any solo riders or small groups.

The last 400m straightaway, flat and untechnical, is not exceptionally challenging considering what has come before. But on such an exposed finish, the direction and strength of the wind, indeed the weather in general, could once again be big factors in deciding the final outcome of what will already have been an exceptionally tough race.

As for the time trial, the course for both men and women will be based on the circuit for the Grumari and Grota Funda climbs. Starting and finishing in Pontal, the women will race a total of 29.8km and the men 54.56km, with one lap over the two climbs for the women, two for the men. The cobbled section has been eliminated in favour of a tarmac strip running parallel, and since April the local authorities have been improving road surface conditions and eliminating as much road furniture, such as speed bumps, as they can to make the course as safe as possible.

So how hard are these Olympic courses?

It’s often said that it is the way the riders race which truly establishes an event’s level of toughness, not the other way around. And in the Olympic road race at least, the relatively small line-ups for each team – with a maximum of five riders – will make it far less predictable. In any case, with such an amazing combination of different elements facing the riders this weekend – and in next Wednesday’s time trial courses – there can be little doubt that the 2016 Olympic Games road race and time trial routes are amongst the most spectacular and tactically complex the sport has seen. Not to mention routes which bring almost everything road cycling has to offer into a single, highly dramatic Olympic course. Roll on the weekend!