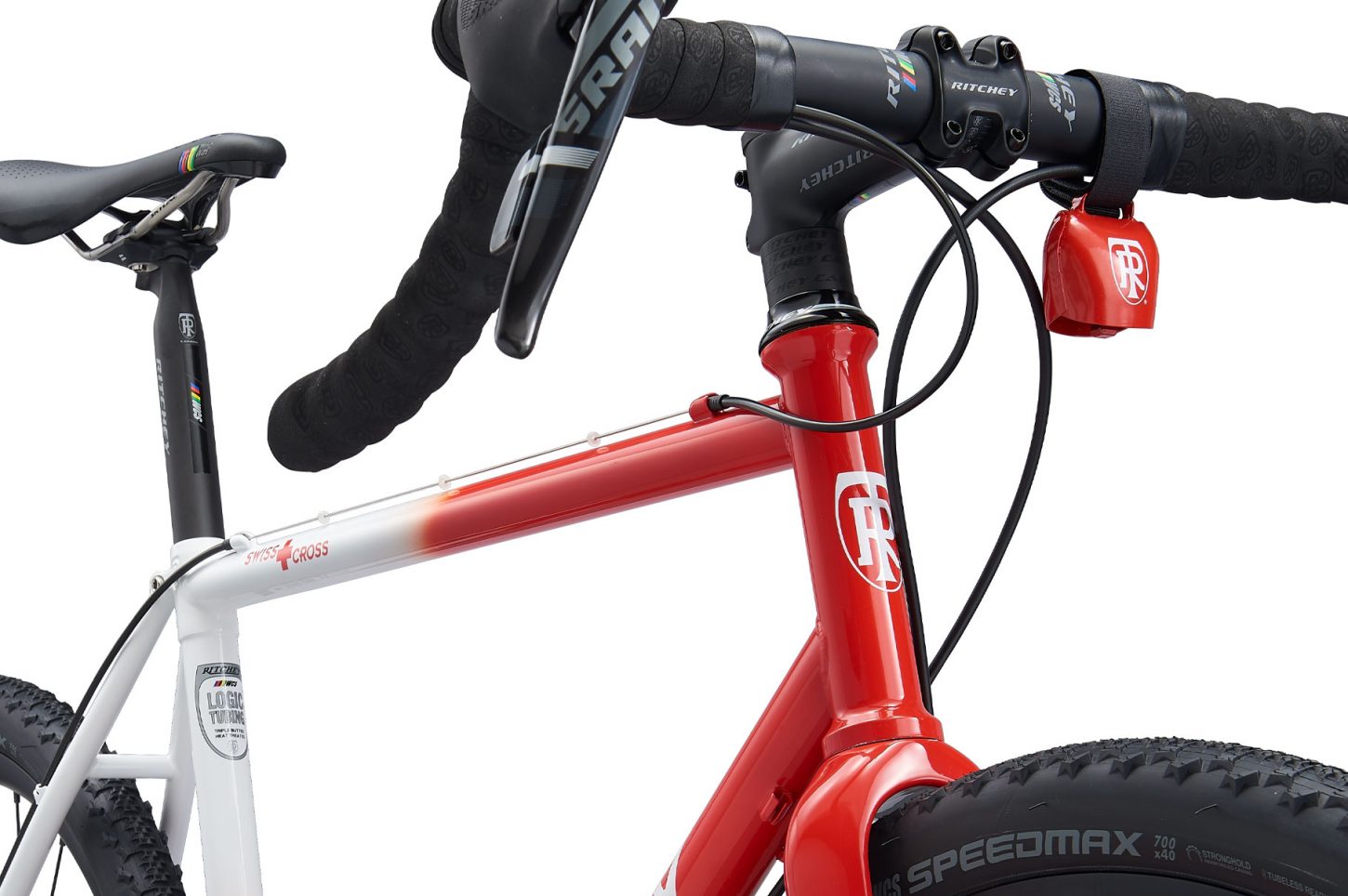 To celebrate its 25th anniversary, Ritchey has introduced a special edition of its famed Swiss Cross cyclocross frameset.

However, the retro inspired red and white paint scheme is limited to just 100 framesets with only about 30 of them slated for the US market.

Meanwhile, Ritchey will also offer a standard black model in both a frameset or as a complete bike.

While the anniversary Swiss Cross pays homage to the original by offering a “squeezer-brake” model, there’s also a version that gets refreshed with flat-mount hydraulic disc brakes, 12mm thru-axles, compatibility with either 140 or 160mm rotors and clearance for tires up to 40mm tires. And, of course, both frames retain the same triple-butted steel Ritchey Logic tubing with a mix of brazing and TIG welding, along with a Ritchey WCS Carbon Disc Cross full-carbon fork and the company’s unique seat cluster lug and integrated seat clamp.

Additionally, the geometry has also been tweaked, adding roughly an extra centimeter to the reach, while the stack height has been reduced by 1.5 centimeters.

The chainstays have also been increased to 437mm in order to accommodate the larger tire spec, along with a slightly lower bottom bracket and extra fork rake.

The Swiss Cross in the 25th anniversary paint job is available as a frameset for $1500, which also comes with the added touch of a mini cowbell that’s designed to be mount on the handlebar.

The standard black Swiss Cross is available as a frameset for $1400, with complete bikes expected at some point.