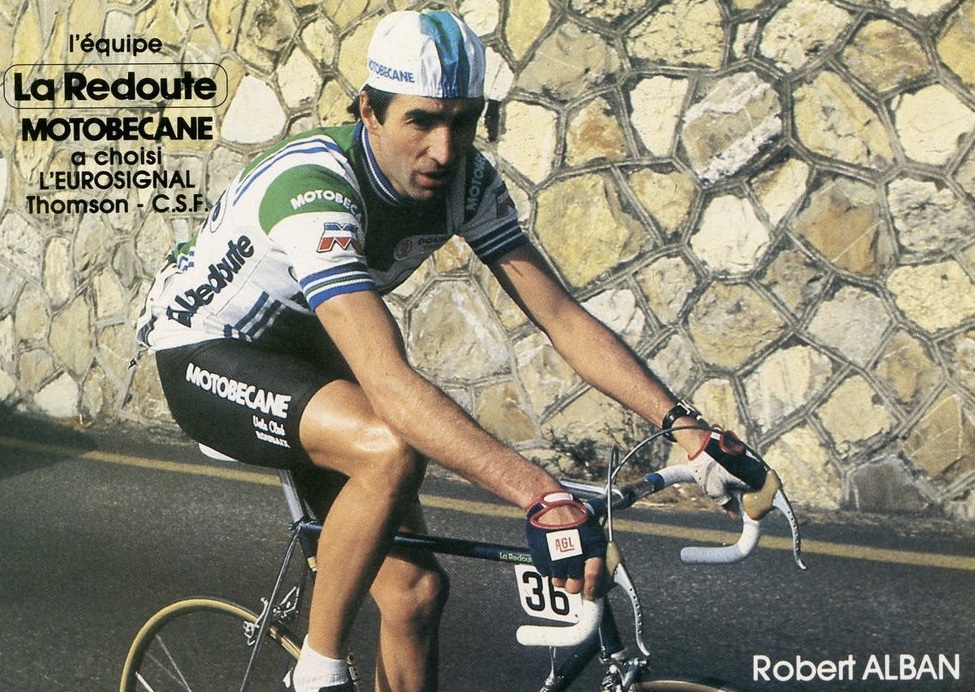 11 Apr 2016
By Campionissimo - In LATEST ARTICLES, THE PODIUM

A belated happy birthday to Robert Alban, who was born on April 9, 1952.

The French rider is best known for finishing 3rd in the 1981 Tour de France behind Bernard Hinault of France and Lucien Van Impe of Belgium.

However, some of Alban’s other accomplishments included, victories in numerous lesser-known races throughout France, such as the GP Plumelec, Quilan, Beaulac-Bernos, Grand Prix de Plumelec-Morbihan, Lescouet-Jugon and the GP des Herbiers, while racing for prestigious teams like GAN – Mercier, Miko – Mercier – Hutchinson, Fiat (France) and La Redoute – Motobécane.

In addition, Alban was also an accomplished cyclocross racer, finishing 2nd in the French Cyclocross Championships in 1977 and 1980.