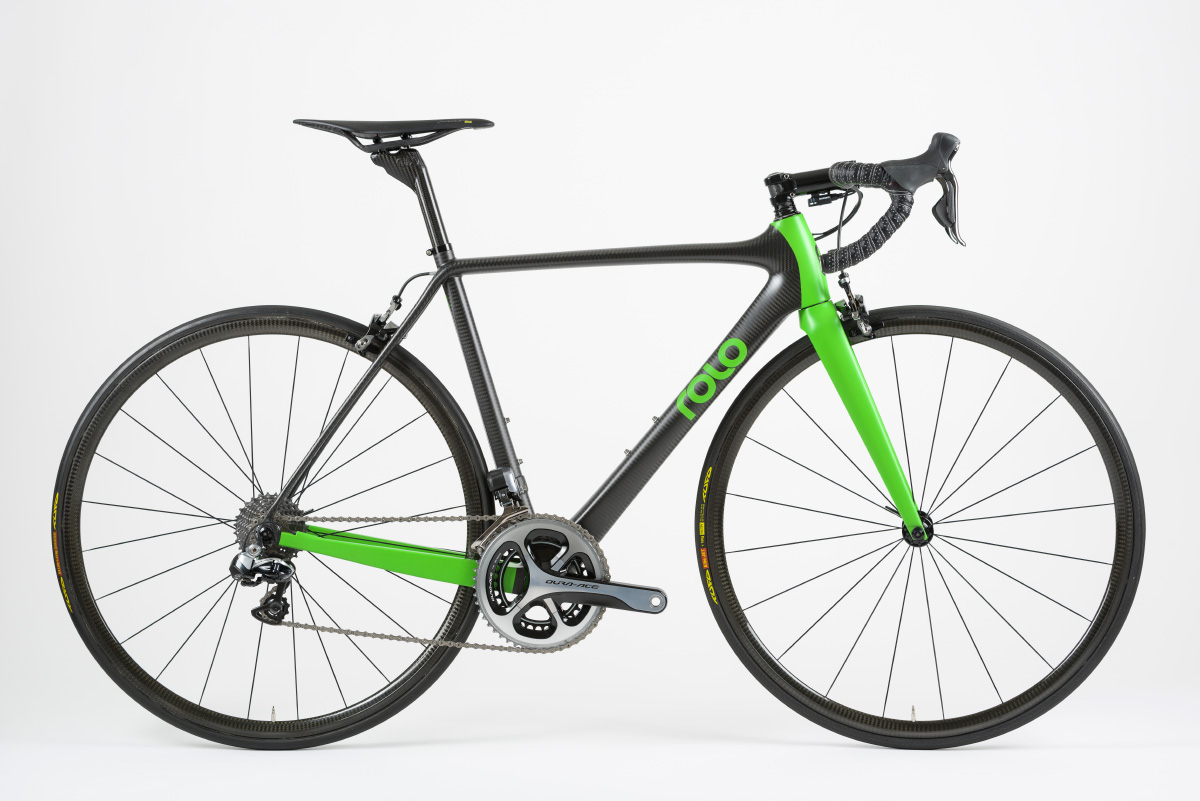 Only the most adept bike aficionados recognize the Rolo name, while even fewer of them know much about the origins of the Luxembourg-based brand.

Co-founded in 2011 by Adam Wais, the motivation behind creating Rolo was to demonstrate how a small, bespoke brand could resist the temptation of out-sourcing, and instead maintain a homogeneous stewardship over the building of their bikes, something that was once a prerequisite for becoming a marque European brand.

Not only has Rolo been successful in reestablishing that unique sense of bond that once existed between the proud maker and the discerning patron by offering an artisan approach to everything, but the company has also shown its ability to be an innovator as well.

A clear example of this is Rolo’s use of the material graphene in the enhancement of their carbon frames, which according to Wais has resulted in never before seen strength-to-weight properties.

For instance, working in partnership with the German company 77 Composites, Rolo was successful in developing a frame that tips the scales at an astonishingly light 618 grams (unpainted in a size 56).

In addition to graphene, Rolo is still one of the very few bike companies that employs a custom approach to each and every lay-up of material, allowing them to optimize each frame based on the client’s needs. This is accomplished with their own proprietary software, which creates a simulated model for each frame, thus allowing them to precisely “define and predict” the stiffness and weight characteristics of each lay-up.

“The majority of the carbon fibers we use are unidirectional – and therefore strong along their length only – so layers of carbon need to be laid on top of one another at different angles in order to achieve the strength and stiffness desired.  While that may sound simple enough, it actually requires significant expertise and understanding of the materials and their properties working as a system. When we get your specification, we use our experience and our unique tools to accurately define the lay-up that will achieve your requirements”, says Wais.

“Most frames are manufactured using the same size section tubes and lay-up regardless of size.  That makes for sub-optimal frames and performance.  As a quick illustration, as the frame gets smaller, the tubes become shorter and and they therefore manage the dynamic forces from the drivetrain and steering differently.  Since smaller riders typically output less power, ideally the diameter of the tubes should also decrease, as ours do, to keep their workload similar across sizes.” “The goal is to have frames that feel and behave consistently, so both the tube geometry and the lay-up need to be specific to the frame size”, adds Wais.

Rolo also utilizes a science called Semi Static Finite Element Analysis (FEA), which combined with real-time rider feedback using strain gauges, as well as extensive jig testing, allows them to finely tune the compliance of the main triangle, and often the seatstays and chainstays as well.

This approach also enables them to cancel-out unwanted frequencies or vibrations in the frame, by selecting different variances in carbon to resin content, which also leads to greater impact strength.

With the addition of graphene, Wais says, “conventional unidirectional carbon fiber reinforced plastics (cfrp) are extremely strong under tension, but weak under compression. The addition of Graphene nano platelets to the resin system and subsequent impregnation into the material increases the compression performance while maintaining the tension characteristics.”

According to Wais, Rolo’s graphene enhanced frames will be available this Spring, with pricing and specifications to be announced.

Meanwhile, you can learn more about Rolo’s design process by visiting their website here.