Routes for the 2020 Road World Championships in Emilia-Romagna Unveiled 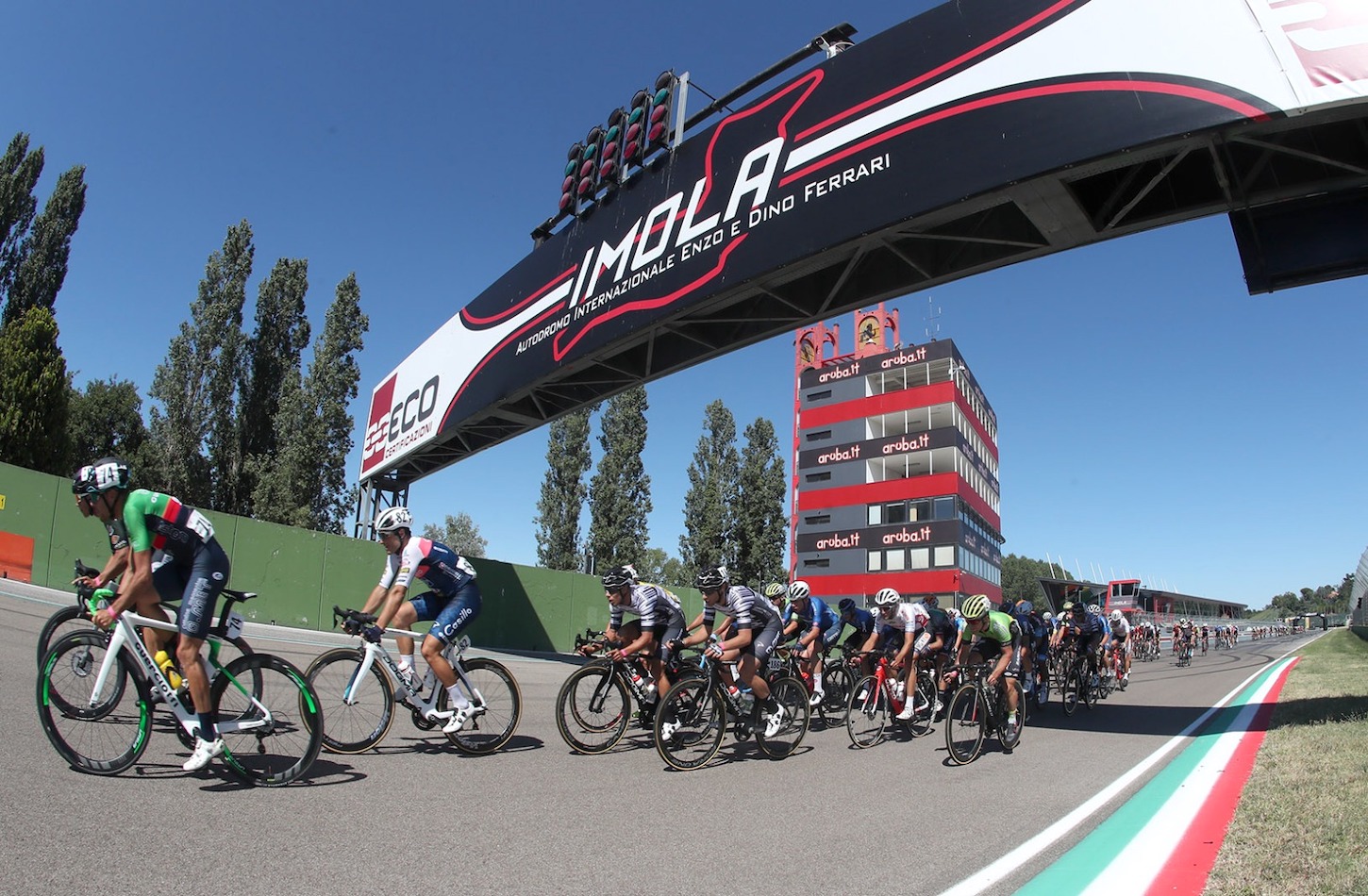 Cycling’s governing body, the Union Cycliste Internationale (UCI), has unveiled the routes year’s Road World Championships that will take place in Imola, Emlia-Romagna, in the north-east of Italy, from September 24 to 27.

As previously announced on September 2,  shortly after the cancellation of the UCI Worlds in Aigle-Martigny (Switzerland), Italy will host an event for the Elite categories, with a road race and a time trial for both men and women.

The road races will be disputed – for the first time since the 2014 UCI Road World Championships in Ponferrada (Spain) – entirely on one circuit to be covered several times; measuring 28.8km with the start and finish at Imola’s renowned automobile circuit Enzo e Dino Ferrari. After completing a neutral start around the Autodrome, the full route will measure 258.2km for the men with total climbing of nearly 5000m, while the length of the women’s road race will be 143 kilometers and around 2800 meters of cumulated ascension.

The loop, to be covered nine time by the men and five times by the women, will include two difficult sections – the Mazzolano and Cima Gallisterna climbs – which combined total 5,5km of climbing with an average gradient of 10% and passages reaching 14%. The first kilometer and the three last kilometers of every lap of the race will take place on the Formula One racing circuit while the rest of the course will pass through an undulating region, on narrow roads surrounded by vineyards.

According to Italian national selector Davide Cassani, a former professional cyclist living in the region and President of the Emlia-Romagne Tourism Promotion Committee, “it will be a difficult course: riders will need to cope with repeated efforts, there will not be much recovery between the two difficulties, and the second will be followed by three kilometers of descent on a winding road. Team tactics will be important to get the leaders to the end. The finish will be solo or in a small group.”

The fairly flat route for the time trials, to be covered once by both the men and women, will measure 31.7 kilometer, 7 kilometers with an altitude difference of 200 meters, suiting the strongest specialists of the race against the clock.

It will be a very fast circuit,” says Davide Cassani. “Apart from two small uphill sections in the last five kilometers before entering the Imola Autodrome, it will be ideal for the pure specialists. We should see averages of over 50km/h”