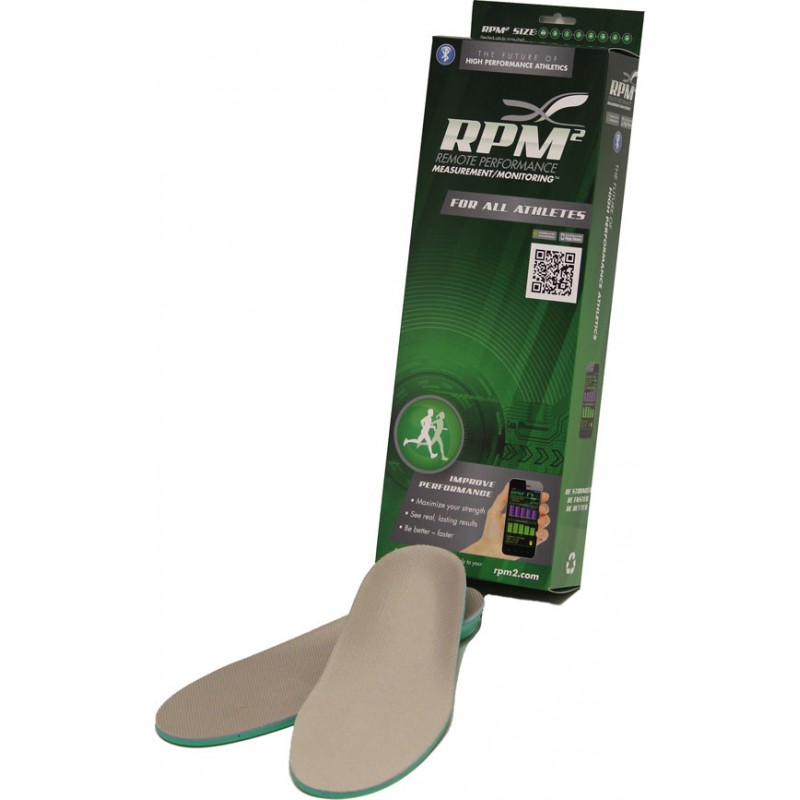 26 Feb 2016
By Gianni Pericolo - In LATEST ARTICLES, THE DOUBLE DIAMOND

While the competition has been primarily focused on putting power to the pedal (or, crankset as it may be), RPM2 has been busy putting their foot down (literally) to launch what they claim is the world’s first footbed-based power meter.

According to RPM2, their new footbed power meter represents a revolutionary technology aimed at making athletes (i.e. cyclists) better, stronger, and faster, through the implementation of bilateral equivalence.

What is bilateral equivalence?

It’s a technology that measures power based on gait analysis and cycling mechanics, whereby force is measured from four impact points on the foot.

From there, data such as “range of motion” and left and right pedal “force distribution” can be calculated, and subsequently transmitted via Bluetooth or ANT+ to RPM2’s software platform using their own app – for detailed analysis.

If that doesn’t explain, it’s because the details are still forthcoming.  🙄

In the meantime, perhaps that video can shed some light on how RPM2 works.