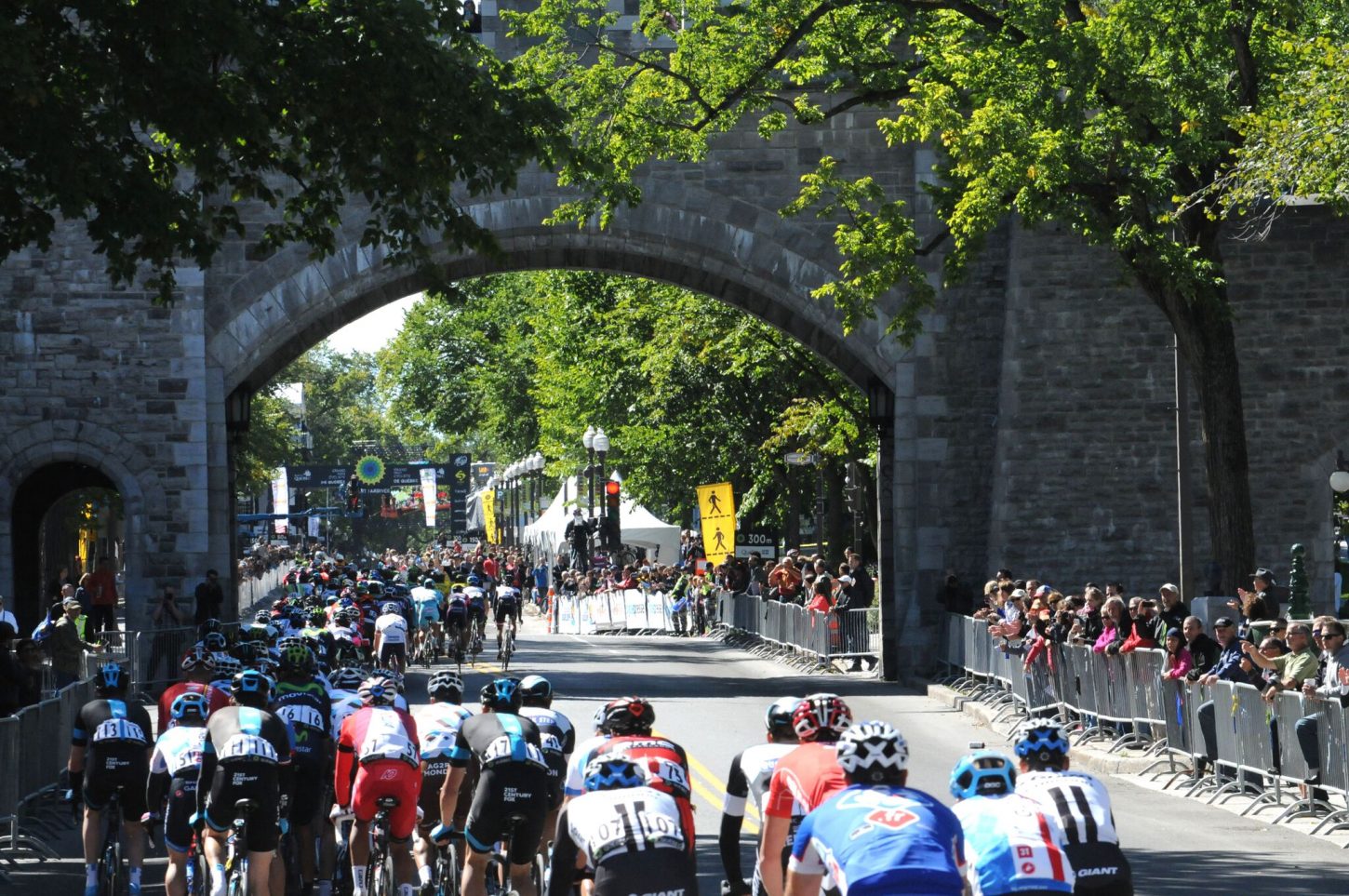 Year after year since 2010, the Grands Prix Cyclistes de Québec et de Montréal (GPCQM) have been delivering outstanding, unforgettable moments on par with the greatest international sports events. The GPCQM organizers are pleased to announce that once again this year, several élite cyclists who have featured prominently in various road races on the international calendar will be racing in Québec. While the final team line-ups have yet to be officially announced, the two key riders from the 2016 GPCQM, Peter Sagan (Bora-Hansgrohe) and Greg Van Avermaet (BMC Racing Team) have announced they are competing, as have this year’s Giro d’Italia winner, Tom Dumoulin (Team Sunweb), and the runner-up in the Tour de France, who also won the Grand Prix Cycliste de Québec in 2015, Rigoberto Uran (Cannondale Drapac Pro Cycling Team). On September 8 (Québec City) and 10 (Montréal), everyone is invited to come and experience these thrilling competitions, the only ones on this scale on the continent, up close and free of charge!

Last year, the reigning World and Olympic champions were the one-two finishers in both races, with Sagan emerging victorious in Québec City, and Van Avermaet reversing the result two days later in Montréal. The Belgian will be even more determined to do well here this year, as he currently leads the UCI WorldTour rankings and hopes to claim the title at the end of the season. “Québec and Montréal are my most important races for scoring some points in the UCI WorldTour before the World Championships, which are my last goal for the season,” Van Avermaet says. His closest rival in the UCI rankings, Tom Dumoulin, will also be racing in Québec.

“These one-day classics on city circuits have proven their worth: in just a few short years, the GPCQM have gained a huge reputation on the world cycling scene,” notes GPCQM Executive Vice-President Marcel Leblanc. “The riders in the WorldTour peloton have said so year after year: they love coming to Québec. They mention the quality of our circuits, even if the races are considered very challenging, the quality of our organization, the change of scenery, and the warmth of the fans, who are eager to meet them.”

In 2016, at the second edition of the Critérium National de Montréal, a development competition reserved for North American athletes, 172 cyclists in the Junior, Senior and Masters categories had the chance to compete during GPCQM weekend. The third edition of the Critérium National, taking place on Saturday, September 9, is one of the initiatives put forward by the GPCQM to support the growth of road cycling. The entrants will benefit from the expertise of an international-calibre organization and race with the members of the WorldTeams looking on, enjoying the opportunity to talk with them as well as tackle the challenging loop on Mount Royal, which they’ll complete between 15 and 25 times, depending on their category. Intense efforts, explosive comebacks, surging intermediate sprints will lead to a powerful finish! The organizers are especially pleased that the best riders from Québec will be competing this year, along with the national Junior team. Register by September 4, 2017, here

With the same objective in mind of helping to grow the road cycling culture among young Québecers and encouraging and supporting up-and-coming riders, the GPCQM has for several years partnered with the Fédération québécoise des sports cyclistes (FQSC). The organization provides financial support to the Coupe du Québec Espoirs de cyclisme sur route and the training camp Un Jour ProTour to prepare the athletes for the Canada Games. A selection program has also been developed to allow young homegrown cyclists to enjoy a one-of-a-kind experience as bike minders during the GPCQM races.

The GPCQM will feature the 18 WorldTour teams, as well as the Canadian National Team—thanks to an exception granted by the International Cycling Union (UCI) going back to the very first year of the races—and the Pro Continental team Israel Cycling Academy.

Up-close action enjoyed by the public!

Each year, some 200,000 spectators attend the GPCQM FREE, sharing their passion for cycling, showing their colors, and adding to the excitement of these international events. Whether it’s in Place D’Youville or at the crest of Côte de la Montagne in Québec City, or on Voie Camillien-Houde, Chemin de la Polytechnique or the Terrasse du Belvédère in Montréal, spectators have a great choice of vantage points from which to enjoy 5 hours of racing, be part of an intense sport experience, and cheer on the determined competitors all around the courses. Plus, to make sure fans don’t miss one second of the action, the organizers will provide giant screens at strategic spots around the circuits, and offer activities, a food-services area, and all necessary facilities to max out their experience in the Fans’ Village. French-language coverage of the full races will be provided on TVA Sports, Friday, September 8 and Sunday, September 10, from 10:30 am to 4:30 pm. An English webcast will be available on gpcqm.ca.