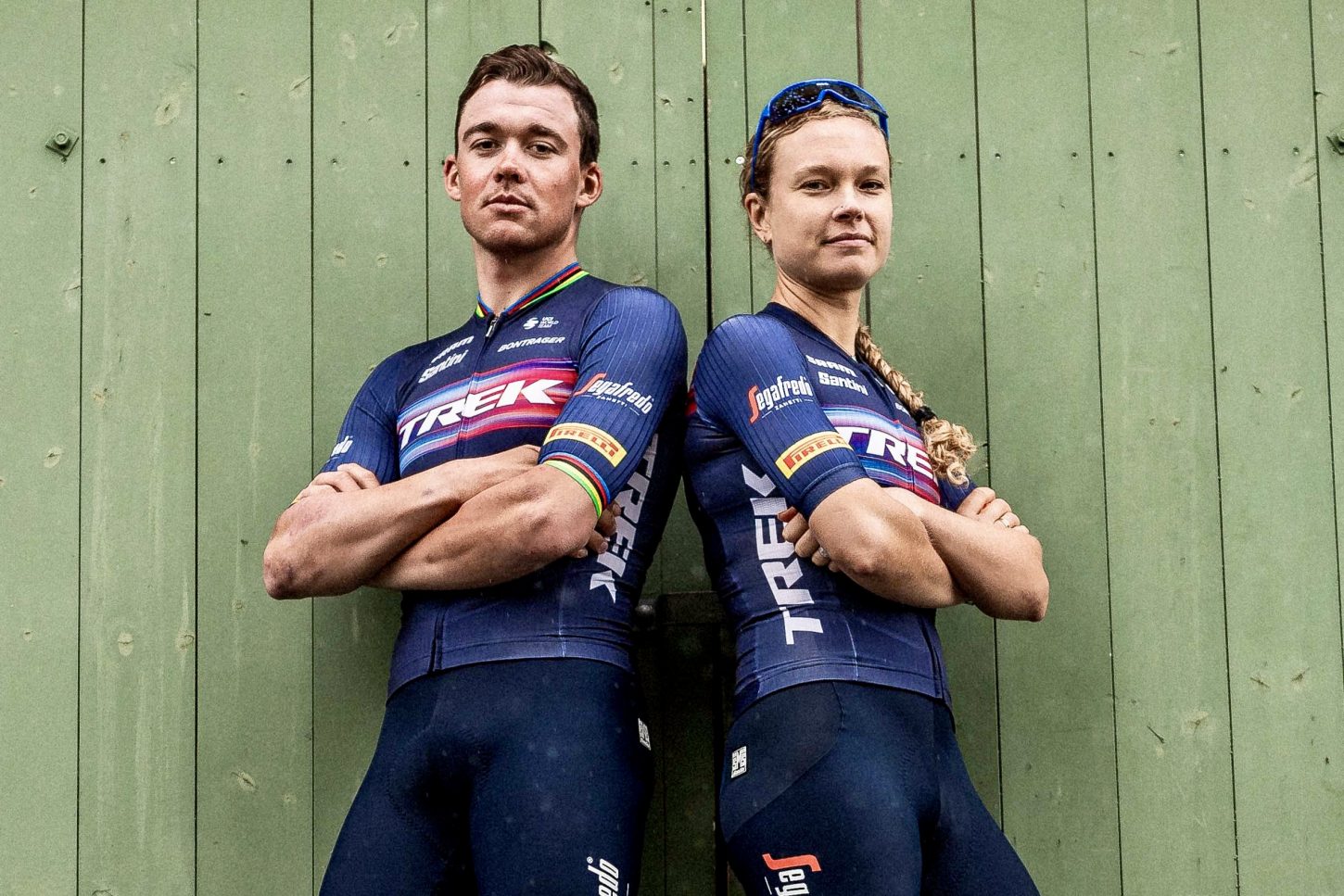 Santini is showing-off its latest special edition kit made in partnership with Trek-Segafredo, which will make its debut in Copenhagen at the start of this week’s Tour de France.

In addition to the kit’s eye-catching graphics, Santini says it also sends out a powerful message as the kit is identical for both men’s and women’s teams, bringing two different teams together with the same colors.

The design itself, features a horizontal interweaving of the Trek-Segafredo logo in red and blue, “indicting two different identities that also meld at the center to represent the equal status and value of the two teams,” says the Italian brand.

Speaking about the new kit, Trek-Segafredo rider Elisa Longo Borghini said, “I have no hesitation in saying that this kit, with these colors and graphics, is one of the most beautiful that Santini has ever created for Trek-Segafredo. There is one detail that, more than anything else, attracts me: that beautiful play of shades from blue to red. A mix of color that, besides being super cool, is beyond symbolic for a team like ours. A unity of purpose between two groups that carry forward the same colors, values and goals. This kit is an opportunity to reaffirm once again that we, at Trek-Segafredo, are just one team.”

Trek-Segafredo rider Toms Skujiņš added, “seeing the special Tour de France kit was a nice surprise. I like the idea that both kits get combined together and made into one. After so many years of us missing a women’s Tour de France, it’s nice to celebrate the return of it by racing around France in matching kits. I like that the design uses colors that we don’t often see so often in the peloton, which means it should stand out. It’s always nice to have something special for the Tour, it gives an extra bit of motivation. I’m looking forward to making the most of our three weeks at the Tour followed by watching the women race, all in the same kit.”

The kit’s jersey comprises two Italian-made sustainable fabrics, Ecofabric RECY by Corno, that’s produced using recycled yarn made from recovered and recycled materials and Native Ecoknit by Sitip, which is also made from recycled fibers and yarns without using polluting chemicals.

Santini will be offering replica versions of Trek-Segafredo Tour de France kits, which are available from Santini retailers worldwide and at www.santinicycling.com