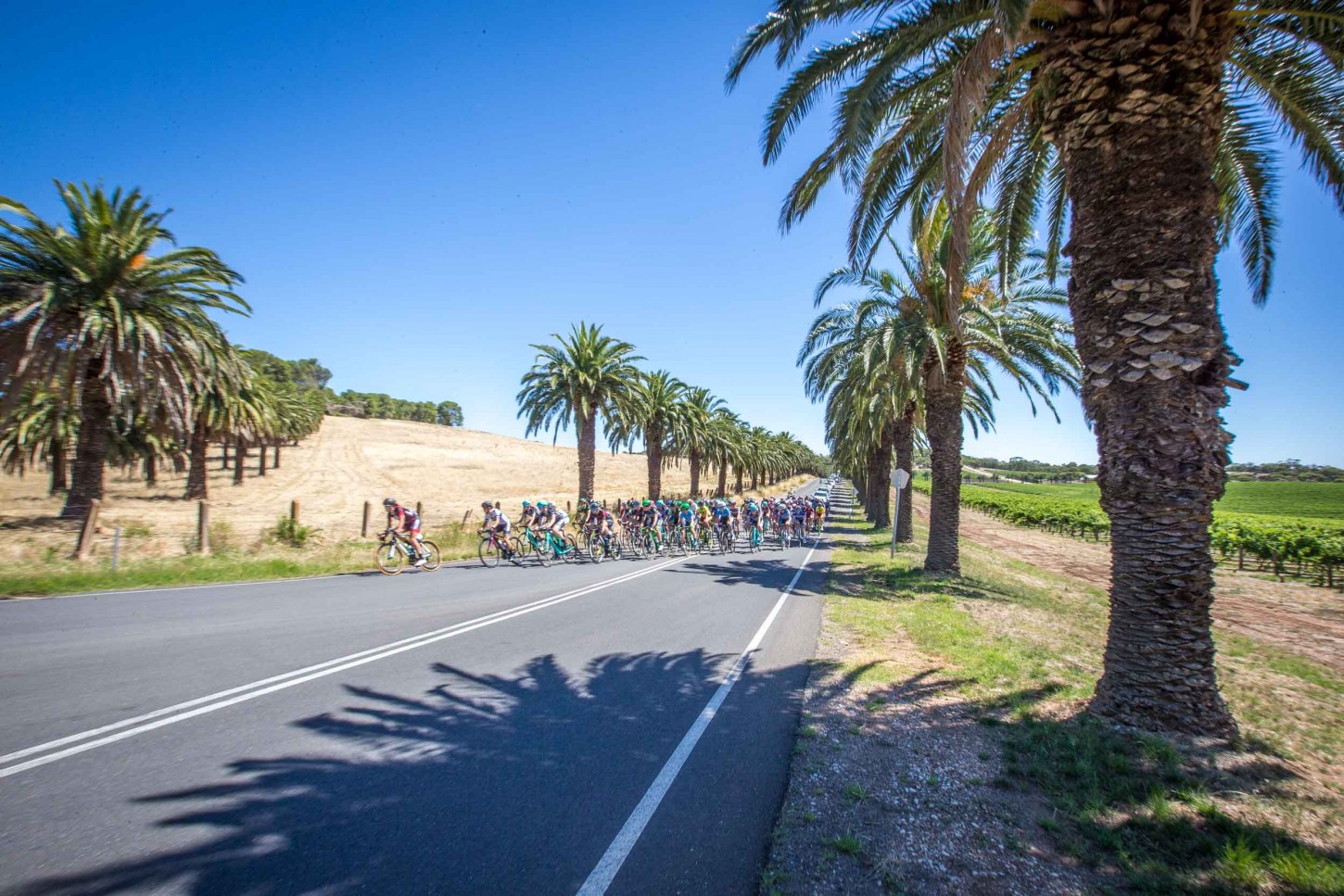 Chloe Hosking from Ale Cipollini has won the third stage of the Santos Women’s Tour, with ORICA-Scott’s Amanda Spratt retaining the Santos Leader’s Jersey heading into the final day.

Hosking edged out stage two winner Kirsten Wild of Cylance in a gripping final sprint down the main street of Lyndoch, completing the stage in 2.21 hours.

“To beat Wild in what was a flat-out drag race is not easy, so to cut around her quite convincingly gives me a lot of confidence going forward,” Hosking said.

The Australian hasn’t made a mistake in her sprints thus far in the Santos Women’s Tour, and stage three was no different.

She took the 67-kilometer intermediate sprint before winning the one that mattered most to claim Ale Cippolini’s first stage victory of 2017.

Stage three was a 92.4-kilometer road race which travelled through Tanunda twice and included two laps of the Lyndoch to Williamstown circuit.

The riders left the 33-degree heat of Tanunda at 11am, passing vineyards, wineries and trademark Seppeltsfield palm trees as they made their way through Barossa towns to Lyndoch.

An early breakaway from Holden Cycling’s Erin Kinnealy created a 22-second buffer at the 12-kilometer mark.

Kennealy’s lead stretched to 1.35 minutes at the 35-kilometer mark, which came during the second pass through Tanunda. She took the points in the day’s first intermediate sprint.

The peloton slowly made inroads on Kinnealy’s lead before eventually catching her just before the Subaru Queen of the Mountain ascent up Whispering Wall at Williamstown.

The first QOM honours went to Ale Cipollini’s Janneke Ensing, but the climb wasn’t without drama as a multi-bike crash split the peloton.

The last 50 kilometers was an arm wrestle. ORICA-Scott controlled the peloton, chasing any breakaways that formed in a team tactic seen since the 2017 Santos Women’s Tour began.

In the closing 10 kilometers of the race a breakaway group of about 30 riders picked up the intensity, with ORICA-Scott and Ale Cipollini among the leaders.

Race leader Amanda Spratt finished in the peloton and holds a 19-second lead heading into the final stage.

“I’m not celebrating yet – there is still another day – but this was the big one to get through so we are happy to keep the (Santos Leader’s) Jersey and very hopeful to keep it tomorrow,” the Australian said.