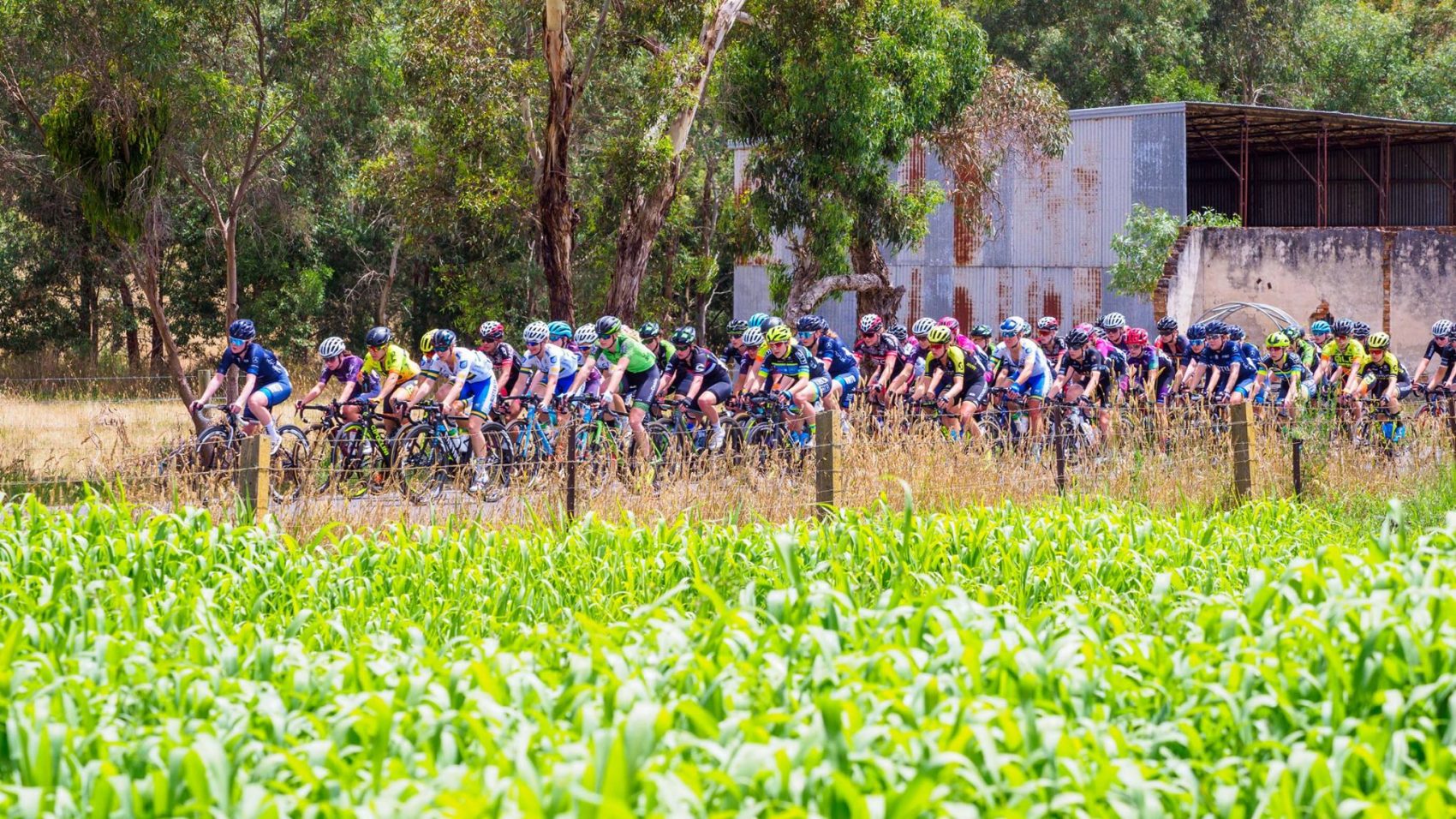 photo credits @ Santos Tour Down Under

Annette Edmondson (Wiggle High5) claimed the opening stage of this year’s Santos Women’s Tour Down Under in a thrilling finish in the Adelaide Hills town of Gumeracha.

Meanwhile, Two time world champion Giorgia Bronzini (Cylance) was second with UniSA-Australia’s Lauretta Hanson third across the line at the end of the 115 kilometer stage out and back from Gumeracha.

Earlier in the day Rachel Neylan (UniSA-Australia) launched a solo bid for victory but she was caught two kilometres from home to set up a bunch sprint finish.

Temperatures topped 38 degrees but the Wiggle-Hi5 team handled the heat and the competition to set up Edmondson for the final sprint.

That was shaved back to 200m within the final two kilometers, making way for the anticipated bunch sprint to the line.

A crash near the final turn before the main street of Gumeracha made things interesting in the push to the line, but the leaders worked their way to the front for a fast finish.

“With about 20km to go, Rachel Neylan did a really good job [to stay in front], but we knew we’d have to work and put some girls in front with [Mitchelton],” Edmondson said.

“They [Cordon and Cure] did a really good job and worked their butts off… it was quite close and it came back.

“We had Rachele Barbieri and Macey Stewart who did a really good job in the final there, putting me into a really good position, and then I used the UniSA train to get to the line.”

Dutch rider Sabrina Stultiens, a former under-23 world road race champion, riding for the Waowdeals team has the lead in the Subaru Queen of the Mountain classification.

The peloton will head north of Gumeracha on Friday morning for a stage start in the Barossa – Lyndoch – which will weave its way through the iconic South Australian wine region before finishing on the famous Mengler Hill.

That will bring climbers to the fore, and is poised to change the dynamic of the race with a follow up hilltop finish in Stage 3 as well.

Katrin Garfoot snatched the lead of the Santos Women’s Tour Down Under today, with a convincing win atop Mengler’s Hill at the end of a rain soaked 102-kilometer stage through the Barossa.

Garfoot, riding for UniSA-Australia, was dominant on the final climb edging out Lucy Kennedy (Mitchelton-SCOTT) with Kennedy’s team mate and 2017 Tour champion, Amanda Spratt, eight seconds back in third place.

The result puts Garfoot into the Santos Ochre Leader’s Jersey by four seconds from Kennedy, with Spratt at 14 seconds behind in third.

The race set off from Lyndoch on Friday morning with light rain falling, but conditions worsened with the peloton battling strong cross-winds and, at times, heavy rain.

Mengler’s Hill was the second Subaru Queen of the Mountain contest of the day and her win put Garfoot on 18 points, six clear of Kennedy.

Kate McIlroy (NZL) from Specialized Women’s Racing sits third on 11 points after she claimed the first Subaru Queen of the Mountain contest at the Whispering Wall in Williamstown, 37 kilometers into the stage, ahead of Dutch riders Roxane Knetemann (Ale Cipollini) and Annemiek Van Vleuten (Mitchelton Scott).

Overnight race leader Annette Edmondson (Wigle-High5) was more than a minute off the pace at the end of the stage but remains in the lead in the seesouthaustralia.com sprinter’s classification after placing third in the only intermediate sprint of the day at Greenock.

The #seesouthaustralia Best Young Rider classification is being led by Grace Anderson of Vantage New Zealand who is placed eleventh overall, 54 seconds off the race lead.

Eighty four riders remain in the race and will contest tomorrow’s stage 3 which is a 112km route from The Bend Motorsport Park to Hahndorf.