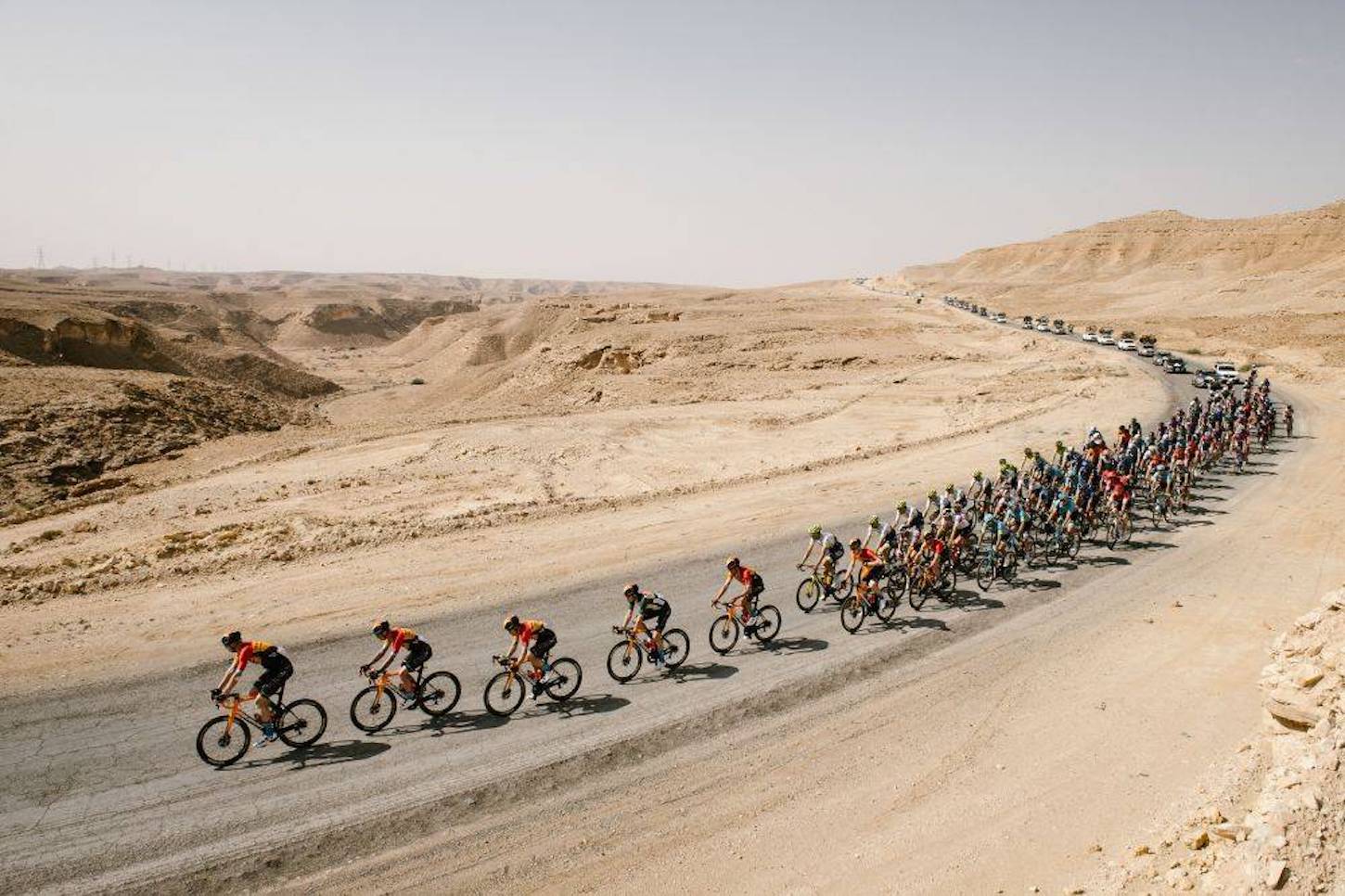 Thanks to his second stage success earlier this week with an impressive sprint victory, Phil Bauhaus made history by becoming the first ever overall winner of the Saudi Tour.

The 114 remaining riders of the Saudi Tour had the huge honor of being welcomed at the impressive Princess Nourah University for the start of the fifth and final stage of the event. On the day’s menu: 144 kms with a first loop in the desert north of Riyadh before heading back towards Al Masmak.

As expected the wind had a strong consequence on the first part of the race. Several groups of riders tried their luck never however managing to build a big enough gap over the very fast pack. Even Mark Cavendish (Bahrain McLaren) was part of an 11-man group that enjoyed a 30’’ lead before being gobbled up by the hungry peloton at km 40.

The first intermediate active sprint (km 46) was claimed by Angel Madrazo (Burgos-BH) taking with him three other riders on a breakaway: Ellsay (Rally Cycling Team), Jones (Ribble Weldtite Pro Cycling) and Irisarri (Caja Rural-Seguros RGA). The advantage of the four men grew to 5’45” at km 55. From then on, team Arkéa-Samsic of race leader (and green jersey) Nacer Bouhanni started chasing. The front riders entered the feeding zone with an advantage that had dropped to 2’15”. The gap even went down to 20” but with no real danger within the front group, it started growing again.

Indeed with 25kms to go, the courageous four could enjoy a 2’40” advantage but there was not much to be done against the pack led by teams Arkéa-Samsic, Bahrain-McLaren and Circus-Wanty Gobert. Jones was the first of the front men to be dropped and eventually the pack bunched up together again with just under 5kms to go. Time had come for the expected sprint finish.