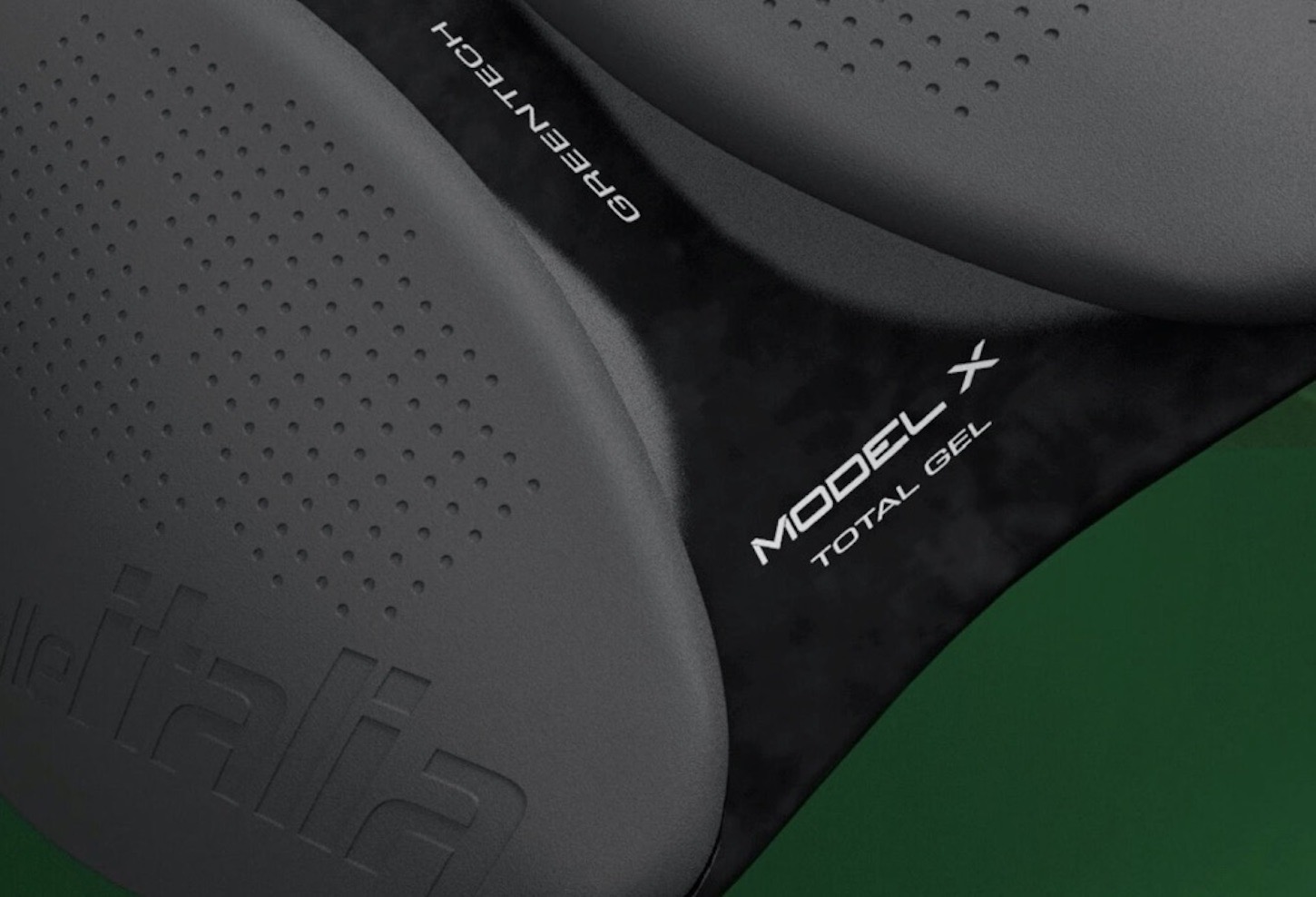 Fully designed and developed in Italy, “the Model X Green Superflow is a revolutionary product, unique to its kind throughout the world that combines high performance, care for the environment, Italian manufacturing and competitive pricing,” boasts the Italian brand.

Since its founding, Selle Italia has always invested in research and development regarding sustainability, culminating into its most recent introduction of Green-Tech, a production process that lowers environmental impact by eliminating the use of harmful glues and polyurethanes.

Additionally, the Model X Green Superflow comprises a technology called Flex Control, a three step process that Selle Italia describes as being “composed of two elements with differing flexibility that’s able to ensure greater comfort and superior resistance with respect to other similarly priced products, while the third entails the use of Fec Alloy, a flexible iron-carbon steel alloy, for the saddle’s rails.”

Using its IDmatch system, Selle Italia says the Model X Green Superflow’s waved form it is particularly suited to those with a posterior pelvic tilt.