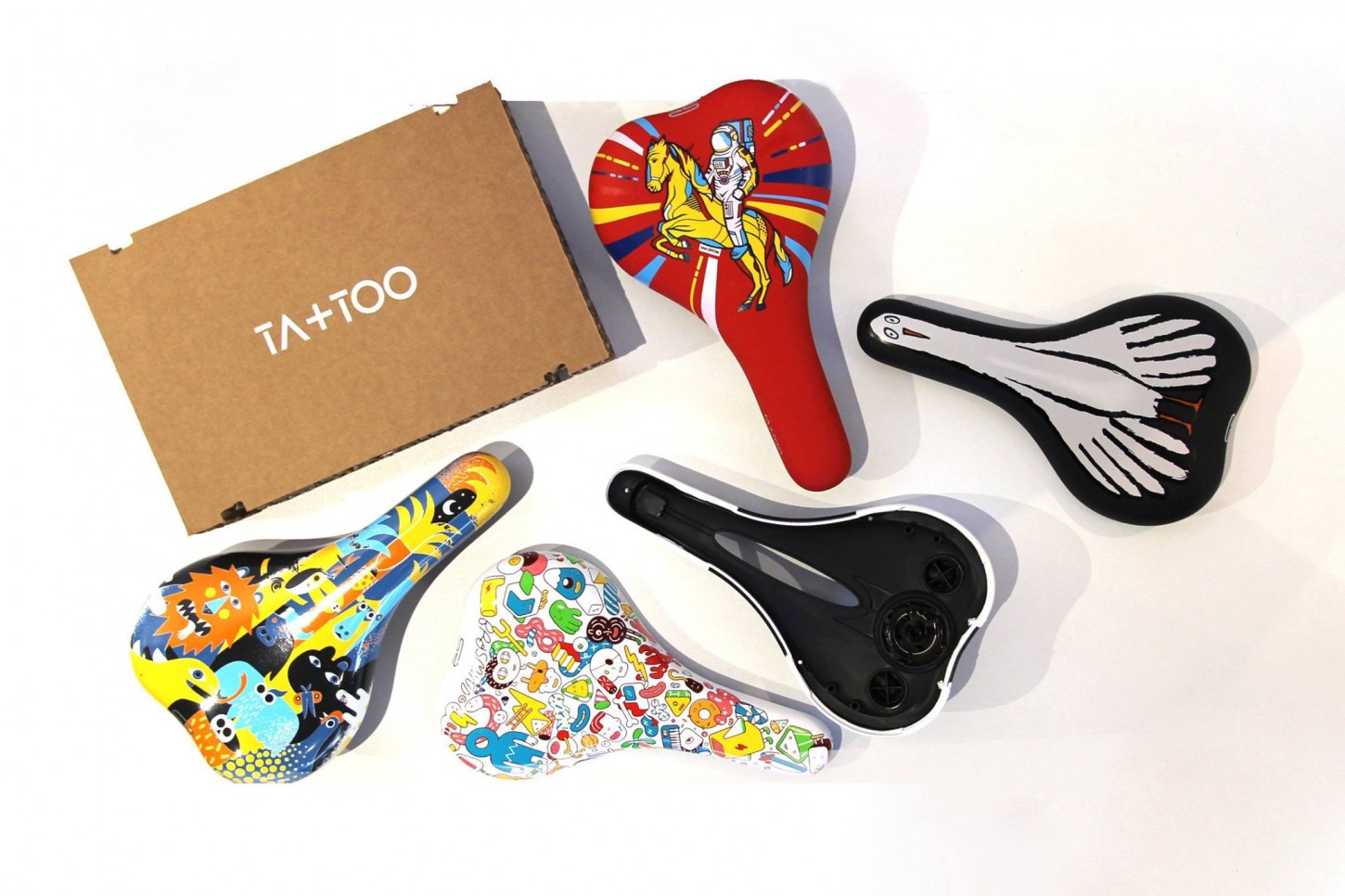 07 Oct 2016
By Gianni Pericolo - In LATEST ARTICLES, THE DOUBLE DIAMOND

Selle Royal will show-off a series of special edition TA+TOO saddles during this week’s Autonomy urban mobility expo in Paris.

Selle Royal previewed the saddles during a pre-show media event yesterday, giving consumers a glimpse at the first of four special print collections which feature a unique series of designs representing travel, animals, the wild and love.

Selle Royal collaborated with several artists to create the collection, which will be available starting this month directly on Selle Royale’s website.

The city may be a jungle, but we are the Kings.

Because we move as fast as panthers and as swift as jaguars, as we elegantly run past those slow elephants
that the locals call “cars”.

Because there is in all cyclists a wild soul – which doesn’t mean savage, but free.
Just like two wheels spinning freely without friction, and like the patterns in the second limited edition of
TA+TOO interchangeable saddles.

You already met TA+TOO. It is a saddle with customisable top, base and handle. After the Travel collection,
it has now been expanded with three new top designs, coming in a limited edition of only 100 pieces per style. Once again, Selle Royal gave carte blanche to 3 designers,asking them to create their own take on the Wild soul in each cyclist.

Their names are Joe Ledbetter (aka J Led), Philip Jordan and Francesca Sanna. Enjoy the result.