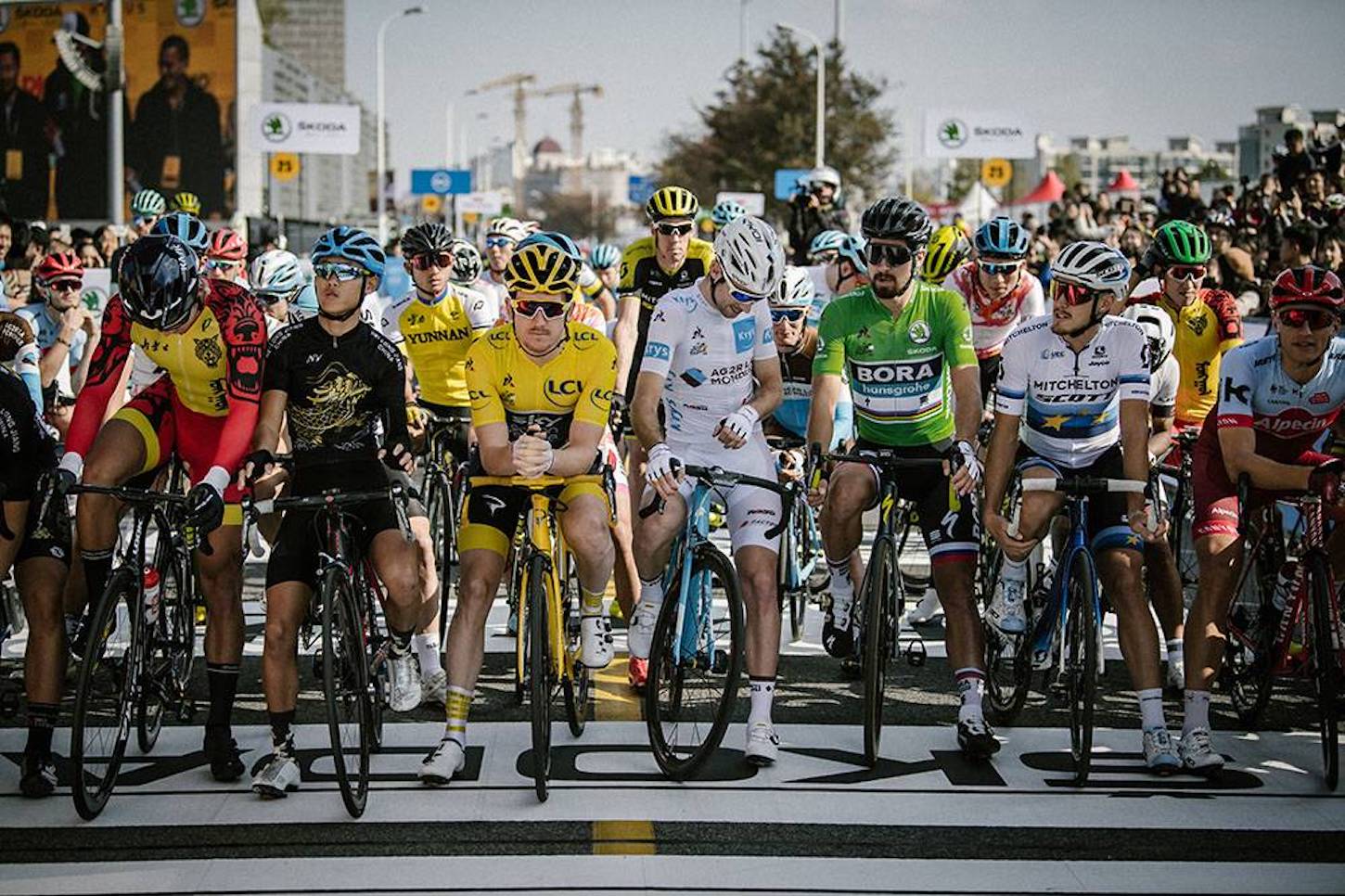 Peter Sagan held off the challenge of reigning Tour de France champion Geraint Thomas in a tense three-way tussle to the line to win the Tour’s Shanghai Criterium on Saturday.

The three-time world champion from Slovakia seared to the finish in a sprint with Welshman Thomas, who was second, with Italy’s Matteo Trentin a narrow third.

The Shanghai race was staged for the second time as part of the Tour de France’s efforts to boost its brand in China, a country once known as the “kingdom of bicycles”.

After the catching a five-rider break, which launched as a sextet on the first lap, with 15km to go, Sagan and Thomas soon broke away from the field along with European road race champion Matteo Trentin (Mitchelton-Scott) and the TdF’s best young rider Pierre Latour (AG2R-La Mondiale) inside the final 10km of the 20-lap, 60km city circuit, it was the 28-year-old Slovakian who ultimately prevailed in what was tougher race than expected according to the winner.

“The last three laps were really hard,” said Sagan after completing the 80-minute crit with an average speed of 44.758 km/h. “I very happy to control it and win.”

Trentin finished third, while Latour took fourth, as well as the top spot in the youth classification ahead of fellow 25-year-old Owain Doull (Team Sky) of Great Britain.

Meanwhile, German sprinter Marcel Kittel (Katusha-Alpecin) claimed the points classification after winning three of the four intermediate sprints. Chinese rider Peng Gao (Ningxia Sports Lottery) was the only other rider other than Kittel to record a five-point sprint bonus.

Like Sagan, Kittel was also surprised to the level of difficulty the race presented on the day.

“It was actually quite difficult,” said Kittle. “I had to go focus on the points at the beginning of the race, and that was more work than I thought. In the end, I was tired. At least it worked out with the points classification.”