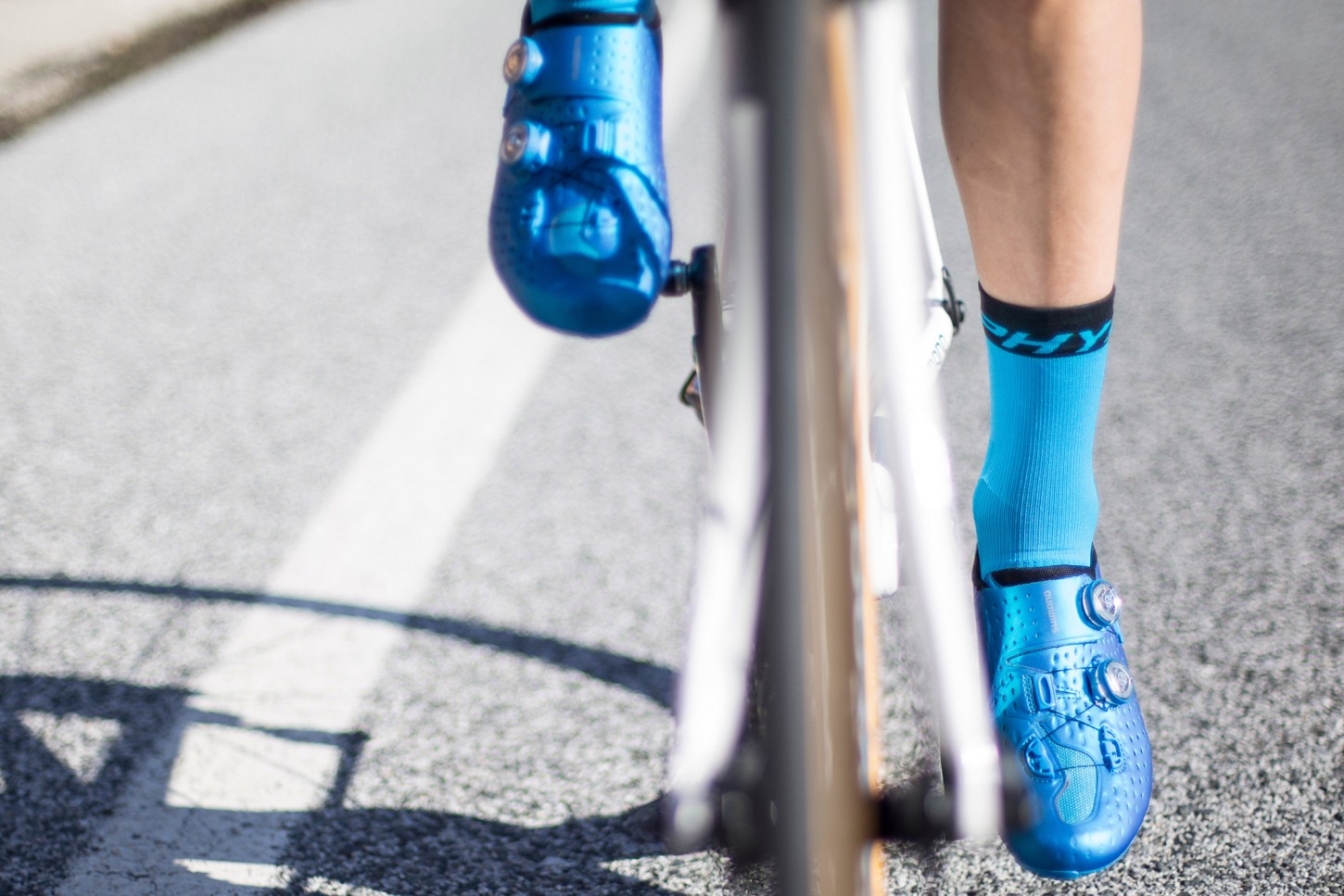 While Shimano has always been regarded for its high quality cycling shoes, over the years they’ve been viewed as nothing short of blasé when it comes to styling.

However, someone at Shimano finally got his or her styling game on with the brand’s new S-Phyre RC9 road shoes, which come at you in all manner of psychedelic yellow fluo, far-out electric blue, and for the more conservative, white and black.

After months of testing, the new S-Phyre RC9’s get onboard with the latest BOA 1P1 enclosure system, stretch-resistant and highly breathable Teijin Avail microfiber synthetic leather and a new carbon sole design.

According to Shimano, the S-Phyre RC9 is “geared towards performance, with the goal of maximizing the rider’s power transmission by delivering symmetry between the bike, the footwear, the movement of the rider and the rider’s muscles”.

The S-Phyre RC9 is a big step away from Shimano’s previous top-of-the-line SH-R321 road shoe, which featured an overlapping upper, velcro straps and a mechanical closure.

Instead, the S-Phyre RC9 now uses a one-piece outer made from highly breathable, stretch-resistant, supple synthetic leather designed to provide a snug and comfortable fit, along with perforated dimple vents aimed at increasing breathability.

In the case of the BOA system, the S-Phyre RC9’s dials can be adjusted in both directions in 1-mm increments. The precise adjustability allows riders to make sure the fit is right at all points during their ride, with ease of tightening or loosening them on the fly.

Additionally, if color and style wasn’t enough, Shimano decided to add a pair of color-matching, anti-slip, long ankle socks with every pair of S-Phyre RC9’s.

After months of testing with professional riders on the World Tour road and cross country circuits Shimano has revealed the name and features behind the footwear everyone’s been talking about.

The new S-PHYRE elite footwear range matches Shimano’s ambitions to create the most technologically advanced cycling solutions in the world.

The S-PHYRE concept has one goal: to maximize power transmission by delivering more performance and making the most efficient use of the connection points between the bike, the footwear, the movement of the rider and the rider’s muscles.

This concept manifests itself in a range of performance cycling shoes and socks for road and cross-country/cyclocross racing.

The RC9 shoe is the pinnacle of this concept, having been tested thoroughly in the 2016 season by Team Giant-Alpecin, LottoNL-Jumbo and riders like Orica-BikeExchange’s Michael Matthews. The one-piece outer is made from supple, stretch-resistant and highly breathable Teijin Avail microfiber synthetic leather, with perforated dimple vents, providing a glove-like fit.

The closing mechanism is handled by two independent Boa IP1 dials with wire lacing to allow quick and precise micro-adjustments.

An externalized heel cup, along with the elimination of the lasting board helps reduce weight to 232g and allows for maximized power output through the ultra-rigid carbon sole.

Available in blue, white, black and yellow from sizes 36-48 including half sizes and wide fitting options.