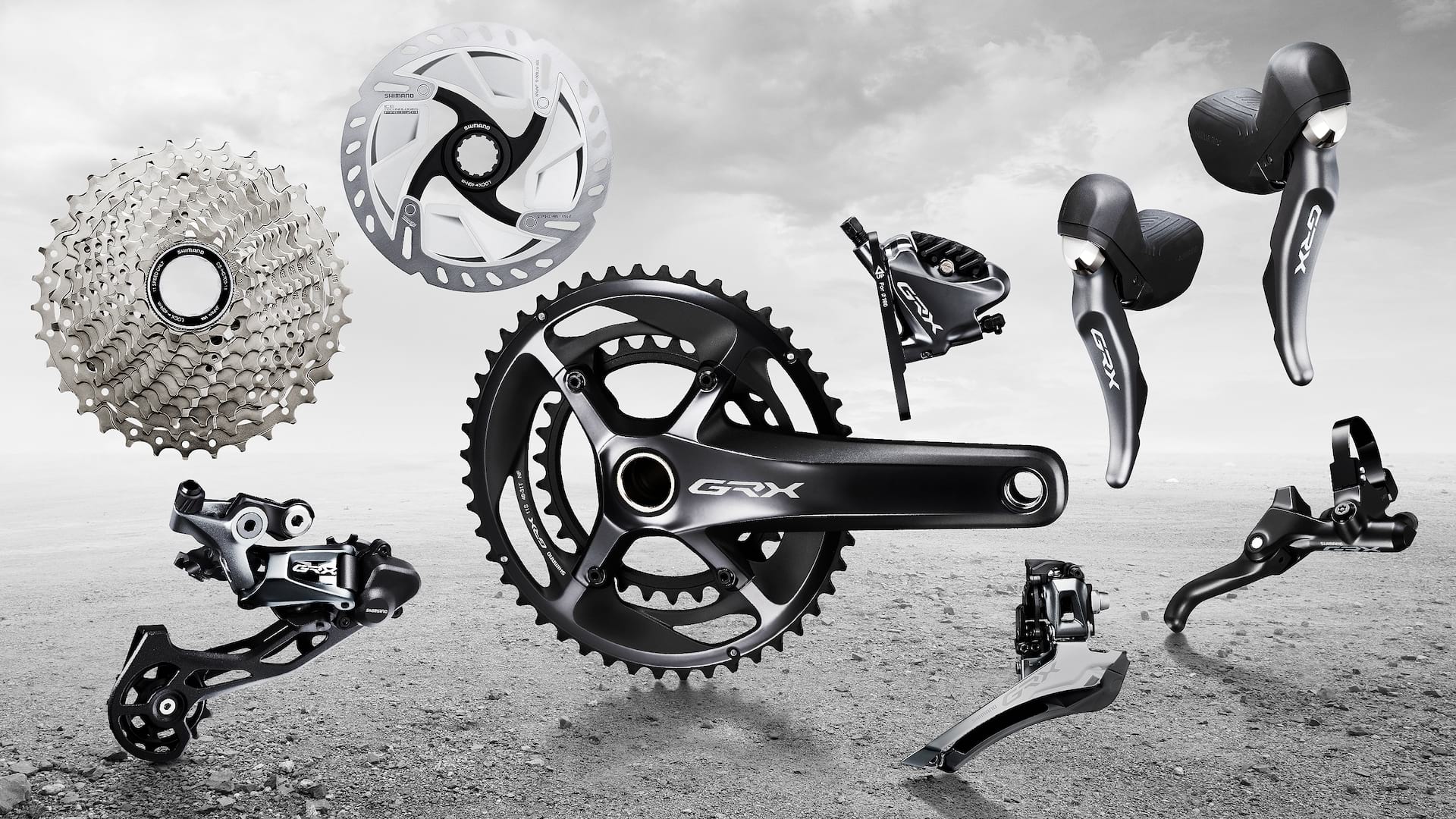 07 May 2019
By Campionissimo - In FEATURED ARTICLES, LATEST ARTICLES, THE DOUBLE DIAMOND

Shimano has launched a new groupset called the GRX that’s aimed specifically at the gravel bike segment, which can be configured as either a 1x, 2x, 10 or 11-speed set-up and is available in both mechanical and electronic variants. Moreover, the Japanese component giant has added integrated dropper seatpost capabilities to the new drivetrain as well, which includes three tiers, the RX400, RX600 and RX800.

According to Shimano, the GRX front derailleurs are designed to move the chainline out by 2.5mm in order to accommodate tires up to 42mm in the rear, while the GRX RX800 series front derailleur (both mechanical and electronic) is compatible with chainrings up to a super-wide 48/31.

The RX400 derailleurs are meant to work with the smaller 16-tooth gap.

The GRX levers now feature gravel-specific ergonomics, raising the axis point by 18mm, along with a new curved brake lever profile and an anti-slip textured finish to offer superior grip over rough ground.

Additionally, when using the ST-RX810-LA levers with a 1×11 drivetrain setup, Shimano says the left lever can be configured to control a dropper seatpost directly.

Not surprisingly, the GRX groupsets are hydraulic disc brake only and comprise Shimano’s flat-mount and ICE braking technologies, with the top tier ST-RX811 series featuring the brand’s Servo Wave technology as found on their MTB brake systems.

As for the non-Servo Wave brakes in the GRX line-up, Shimano says they have stopping power that’s on par with Ultegra, 105 or Tiagra disc brakes.

There’s also an inline brake lever that’s available, which can be fitted to the handlebar that’s often used in cyclecross racing or on extra-rough terrain like cobbled roads.

No groupset from Shimano would be complete without a dedicated wheelset. In which case, there are two variants being offered, a 700c or 650b that weigh in at a claimed weight of 1,600g and 1540 respectively.

Both wheelsets are tubeless ready as well.

The Shimano GRX mechanical groupsets are expected to go on sale in August, with pricing to be announced, while the launch date for the electronic series is yet to be announced.