Shimano and SRAM Looking to Pefect the 1X Groupset 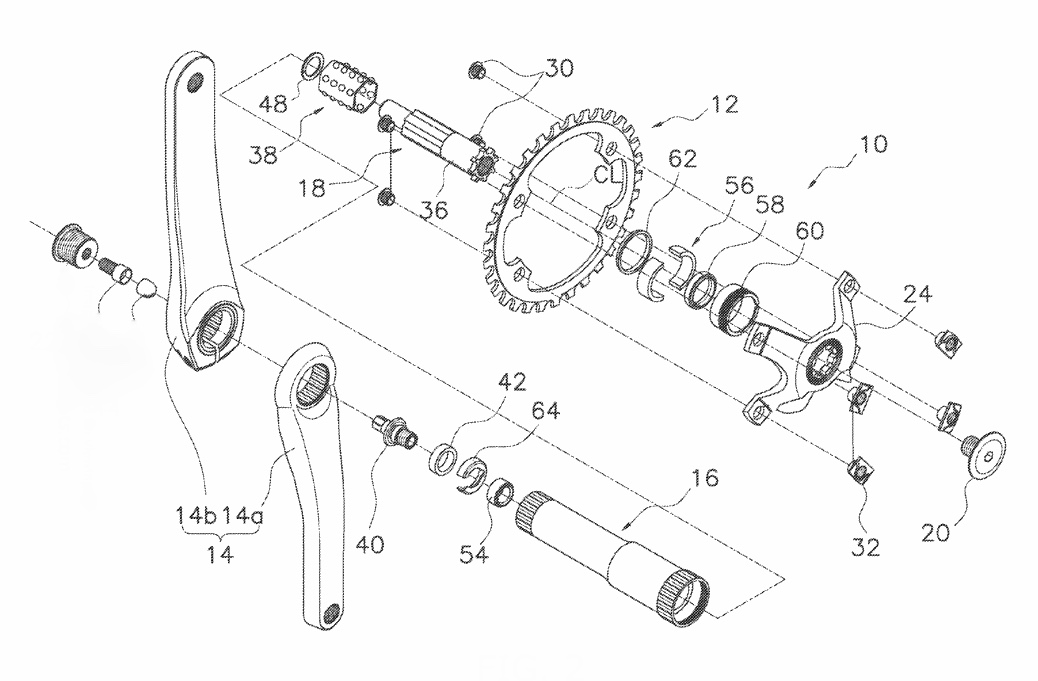 The British website, Cycling Industry News, recently discovered patents from Shimano and SRAM, which suggest the two leading component manufactures have been fast at work honing the virtues of 1X groupsets – with the goal of creating drivetrains that are both quieter and more efficient.

Perhaps, the greatest challenge of any 1X groupset, is taking into account the extreme angles the chainline in place at while trying to accommodate what can be an extreme range of gear ratios.

In the case of Shimano’s patent, the Japanese component giant shows a chainset that appears to sit on some sort of a sliding mechanism which allows the chainring to move independently from the crankarm, as a means of preventing it from dropping the chain at extreme angles.

The description on the patent, which is now registered in Japan and the U.S., reads:

Conversely, SRAM’s design depicts the chainring itself being able to adapt to an altering chainline, whereby the chainring is essentially divided into two, which allows it move slightly in order to accommodate changes in the chainline.

According to the images, the chainring itself appears to be mounted on a special carrier or spider, that will also allow it to adapt to changes in angles.

“Attempts are often made to avoid problematic shifting under load at the front chainring. Instead of this shifting under load coverage of as much as possible of the gear spectrum is achieved by means of a correspondingly developed rear multiple sprocket arrangement. A front single chainring together with a high number of eleven or twelve rear sprockets can achieves good coverage. On account of the high number of axially adjacent sprockets on the rear wheel, the width of the multiple sprocket arrangement is certainly enlarged. The chain that meshes with the chainring is also axially secured on the front chainring by means of the axially secured single chainring. On the rear wheel, however, the chain has to overcome a section of several centimeters when shifting from the smallest to the largest sprocket in the axial direction. This increasingly results in the chain running at an angle (also called skew) which has a negative effect on the efficiency, the wear susceptibility, and the noise development of the drive.

“Possible solutions which deal with this problem are known from the prior art. Axially displaceable single chainrings which are to adapt to the chain line are thus provided.”