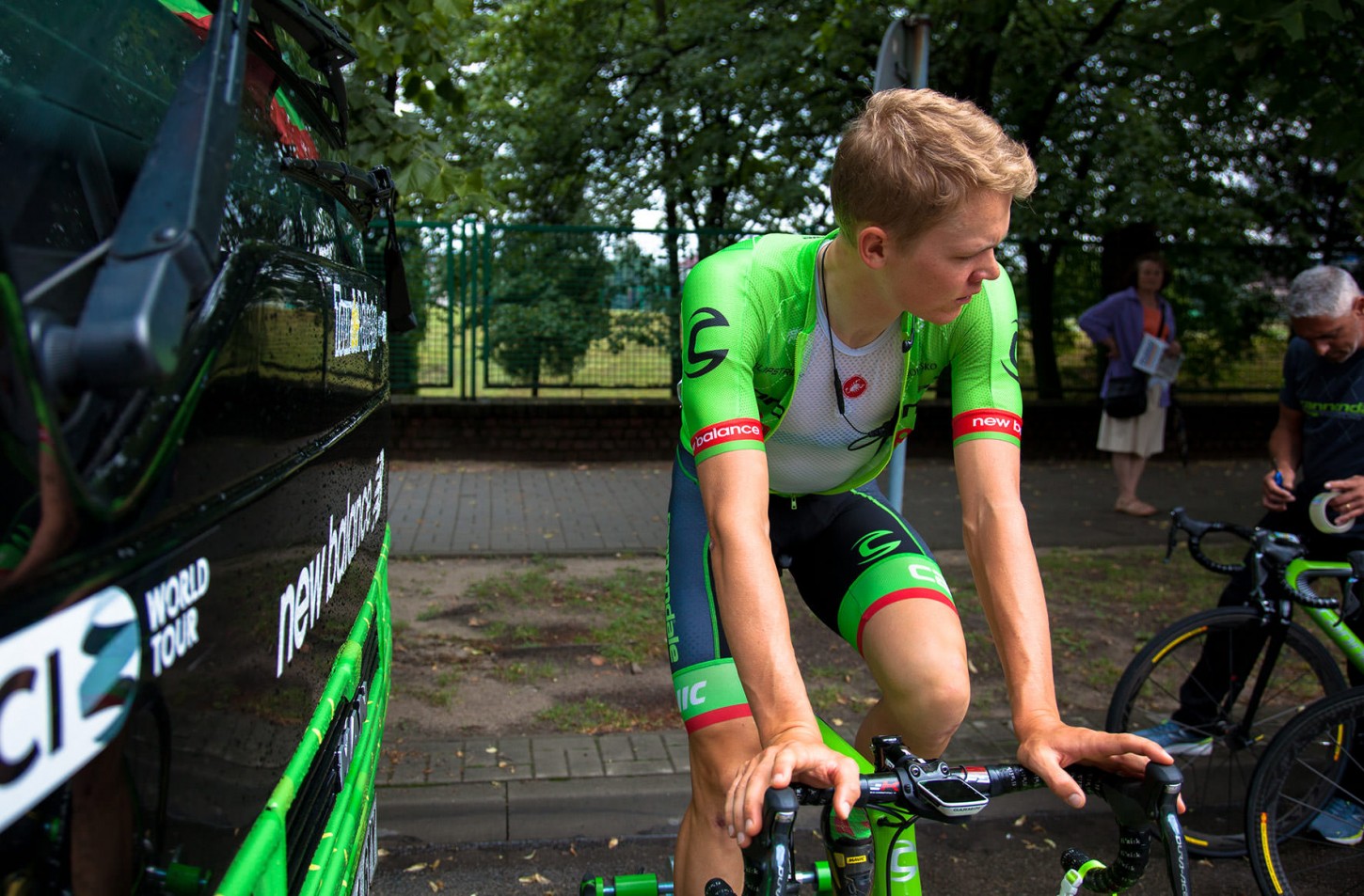 Shocking footage from yesterday’s Amgen Tour of California shows a neutral service mechanic helping Toms Skujins back onto his bike despite the rider being clearly extremely dazed following a heavy crash, the Cannondale-Drapac rider narrowly avoiding getting hit by race vehicles and fellow riders as he staggered across the road.

Skujins, who had been riding in the break when he crashed, sustained concussion, a left collarbone fracture, and road rash, said his team, which pulled him off the race immediately it became aware of the seriousness of the situation.

The Latvian rider, twice a stage winner at the race, said: “I’m feeling all right.

“We’ll assess with the team doctors and figure things out moving forward.

“Thank you to all the messages from my fans and my friends — but I won’t be able to answer them because I shouldn’t be looking at my phone.”

The team’s director, Tom Southam, said: “Toms’ crash obviously had a huge impact on us today.

“It was a high-speed crash and unfortunately it happened at a time when the race was fragmented, which delays information and makes these situations extremely hard.

“Toms instinctively continued riding but it was clear that he couldn’t go on.

“It’s a blow for the team and for his own ambitions but that was a serious fall, and racing can take a back seat while he heals.”

He is now subject to the team’s internal concussion protocol which will involve its medical staff working alongside him to determine when he can return to racing.

“We’ll evaluate Toms daily and he’ll need to pass a cognitive test before he returns to hard training or racing.

“His health is the most important thing to all of us.”