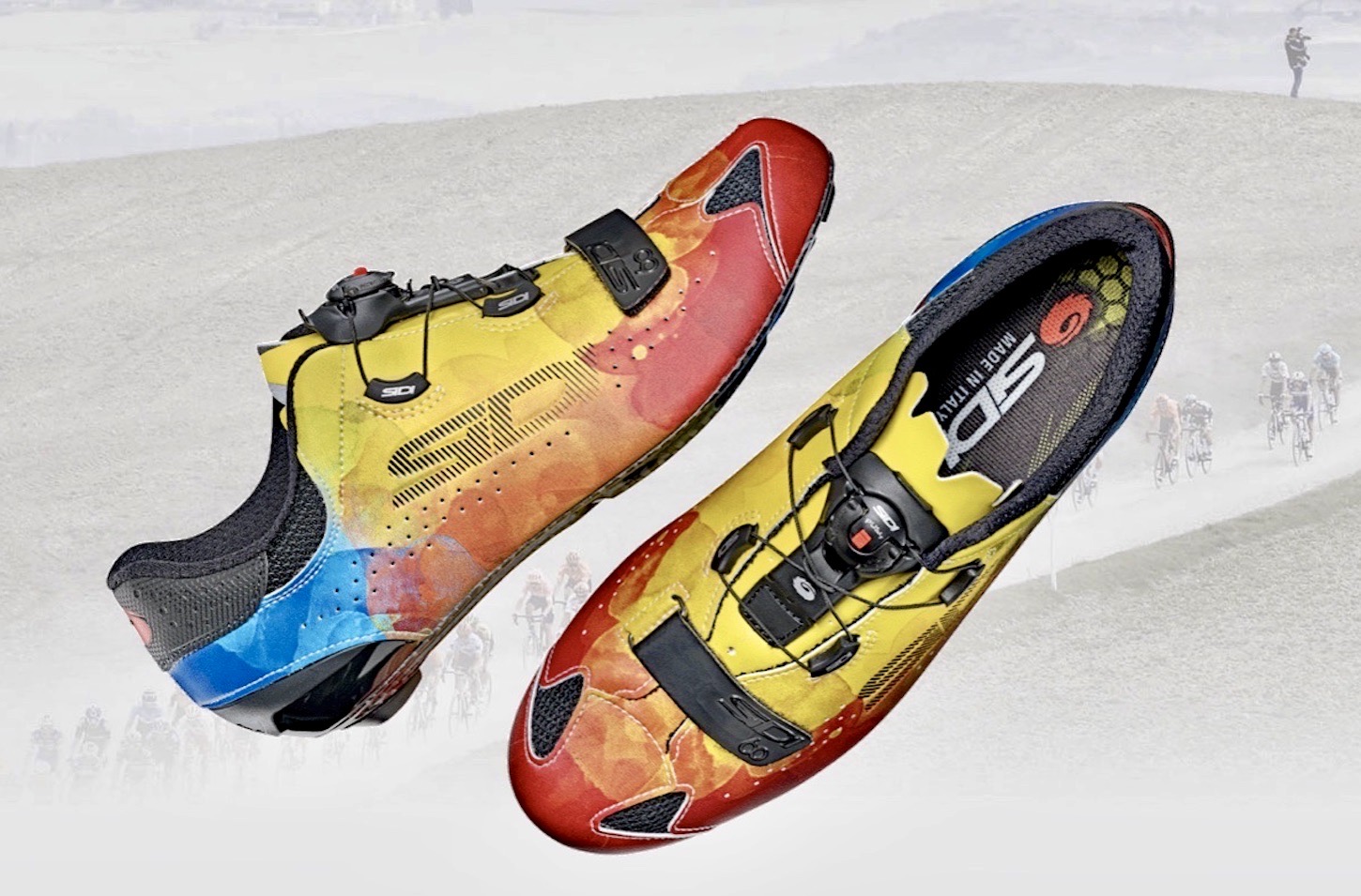 SIDI has decided to take a walk on the wild side with a limited edition version of its Sixty road shoe bedecked in all manner of multicolor.

Of course, the most striking difference is in the color, which harks back to the Italian brand’s “crazy, chameleonic look of the 90s”.

“This decade stands out for its shocking colors and quite absurd miscellaneous styles that have made history even in cycling. This trend has led us to boost its iconic shoes with an explosion of color, painting the upper with red, yellow and blue tones,” says SIDI.

SIDI initially launched the Sixty in celebration of its 60th Anniversary last year, which occupies the brand’s upper range of road shoes.

However, it’s unknown whether the shoe will be available on these shores.