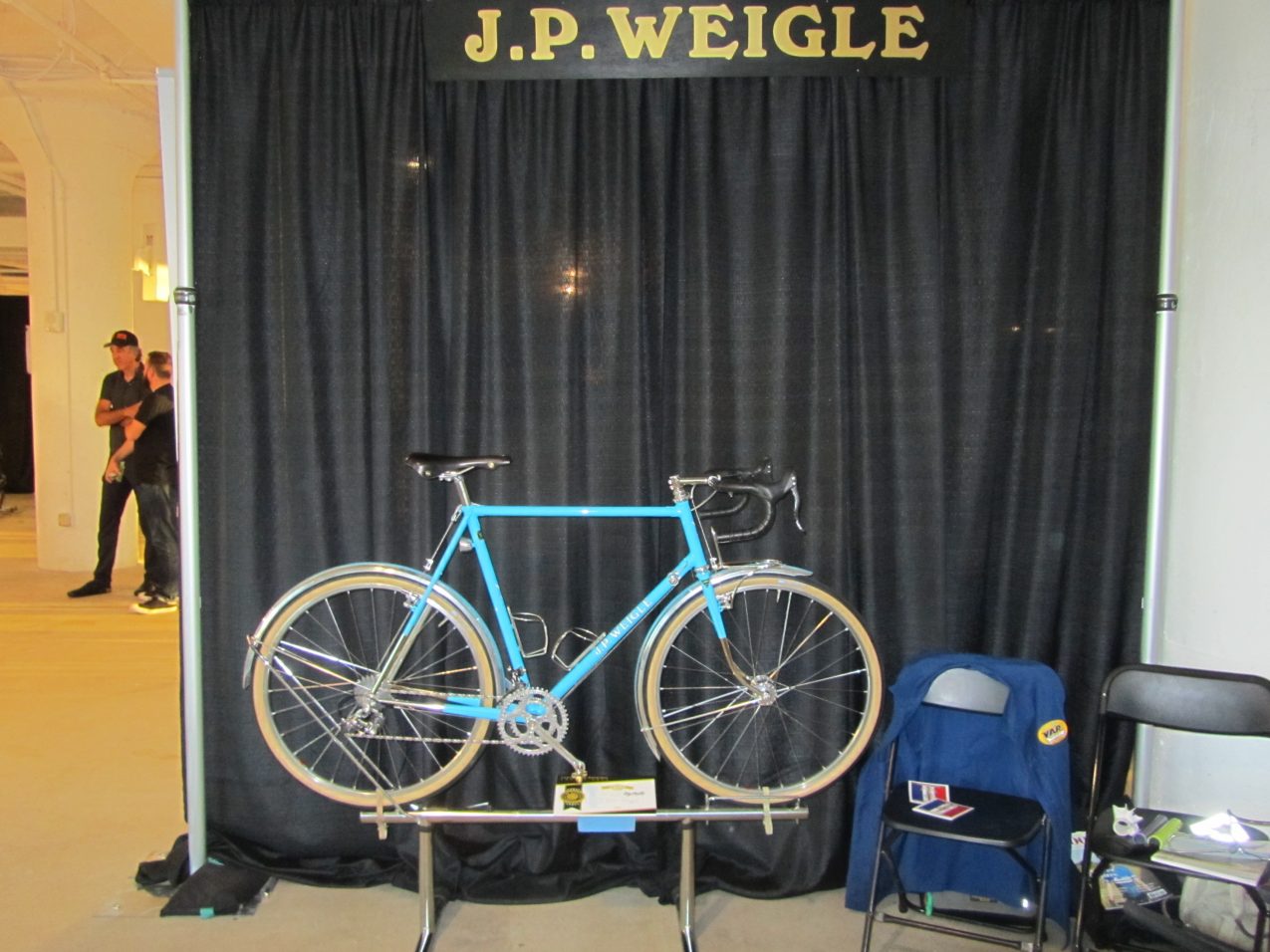 As an inveterate euro-geek and lover of the magical cloth called carbon fiber, it’s difficult to accept all of the out-sourcing that’s occurring these days with respect to bike manufacturing. Even the most stolid of European brands have since given up their homogeneity in favor of Asia’s cheaper labor and manufacturing costs.

As a result, old-world workshops that once rang-out with the sounds of Italian dialects, Île-de and Langue doc French, along with other occidental languages, have been replaced by modern-day factories and the echoes of monophthongs and diphthongs.

Because of this, I’ve struggled to feel a sense of connection with most of today’s carbon fiber bikes, thus giving way to the thought of returning to a bike crafted from metallurgy. And, there was no better place to satiate this desire than last weekend’s New England’s Builders Ball in Boston, where cycling’s cognoscenti turned in droves to experience many of the area’s best artisan framebuilders.

One of the first bikes that I came upon, was Weis Manufacturing’s spectacular Hammer track bike, which comprised one of the most unique, asymmetrical seatstay configurations that I’ve ever seen.

As for the welds, they were so precise, I was convinced that the custom formed Columbus Zona 4130 steel and 7005 aerospace aluminum tubes had been glued in place.

Kristofer Henry of 44 Bikes unveiled the latest version of his Huntsman gravel/adventure bike, marking his first foray into the medium of titanium.

Again, the precision of the welds were not to be believed.

Don’t be surprised if these bars start to permeate the Red Hook Crit series in the coming years.

Wraith Bicycles’ Daren Moreau was on-hand to show-off his full-suspension MTB bike, which was by far one of the boldest and most innovative designs imaginable.

One of the original figures that makes up the Pantheon of artisan framebuilders, Toby Stanton of the well-known Hot Tubes marque, was present alongside painter extraordinaire Jordan Low, to show-off their latest creations.

The mom and son team of Better Bike treated anyone to their pedal-powered, electric assisted PEBL bike.

To think this young inventor is still just a teenager, leads us to wonder if Elon Musk should start looking for a new career!?

Brian Chapman’s randonneaur and touring style bikes might very well be the modern day bike equivalent to the classic Bugatti automobiles of old.

Some say coffee and craft-beer make-up the atmosphere of a bike show, but we say art does.

Here, Doug Dale exhibits his cycling art, which underscores the beauty and diversity of cycling in so many ways, its no surprise that his work has become legion across the cycling space.

However, in addition to his glorious renderings, this bejeweled bike quickly became a showstopper.

In fact, rumor has it, that Liberace once thumb wrestled Eton John for it, only for the both of then to get round-housed by Elvis.

Not everything at the show comprised two-wheels however. Emily O’Brien with her Dill Pickle brand, along with Dave Cain and his Vermont-based Waxwing Bag Co., graced us with their exquisitely crafted bike bags, panniers, sacks and carrying accouterments.

Of course no artisan bike show would be complete without the presence of the Ipsissimus of Steel himself, Richard Sachs.

Richard’s latest creation, is this magnificent lugged steel frameset, which was specially made for House Industries, possessed one of the most beautiful shades of color at the show. A wonderful grey that was as elegant as it was boldly industrial.

Special thanks to the impresario of the New England Builders Ball, Eric Weis, for graciously inviting me to this year’s event again.

If Eric has his way, two-wheels will one-day rule the earth, which is ok with us!