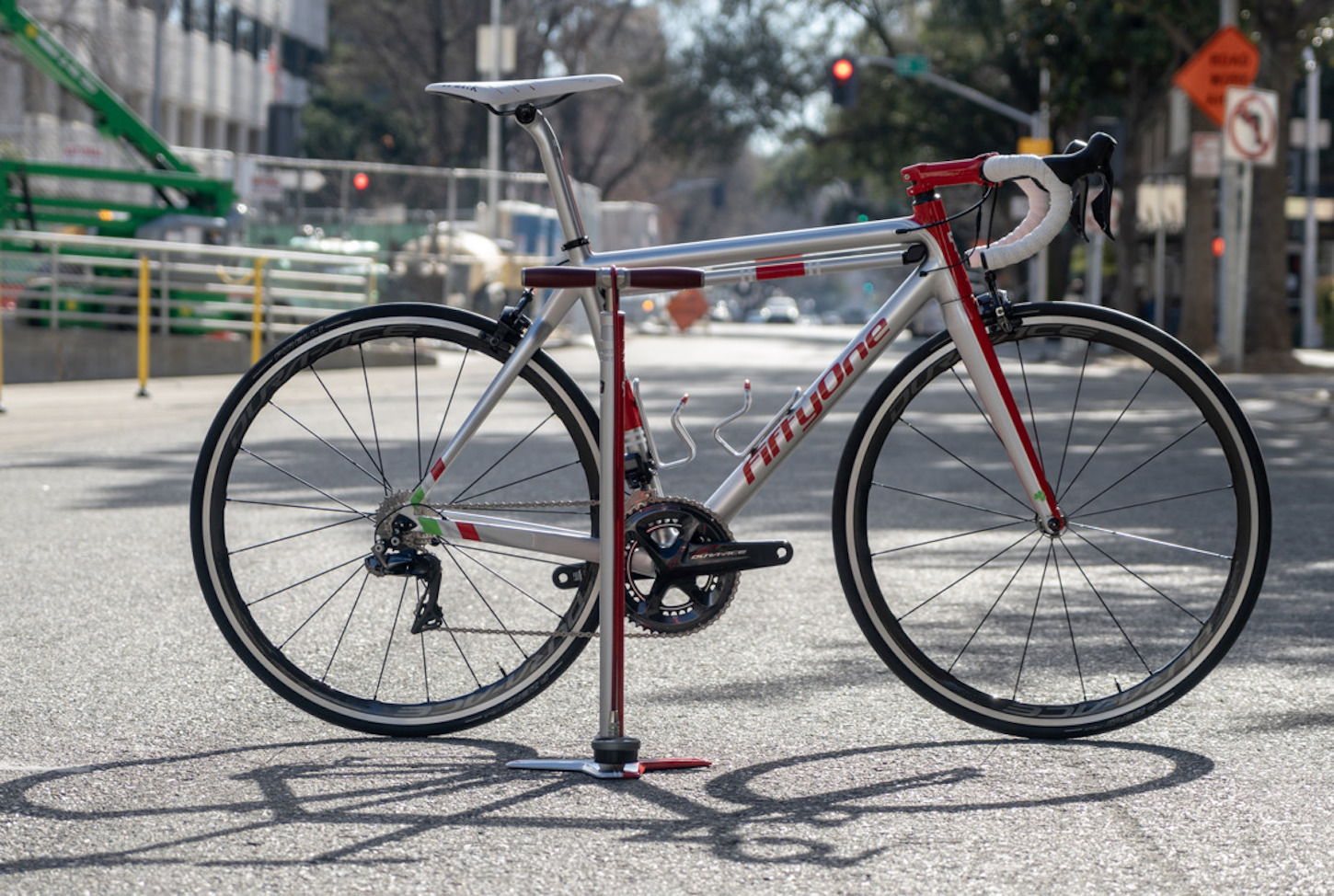 Silca will be collecting donations on behalf of PeopleForBikes throughout 2019 and one lucky supporter will win the bike on Giving Tuesday (December 3rd, 2019). Donations can be made in increments of $10– each $10 donated is an additional entry into the random drawing. See full details here: https://silca.cc/pages/people-for-bikes

The History of Silca Founder Felice Sacchi and Alfa Romeo:

Felice had a thing for Alfa Romeo. When Felice Sacchi founded SILCA in 1917, he was an automotive and aircraft engineer with a knack for pneumatics and machining. He was also a pioneer toolmaker for the then-revolutionary new material– plastic.

His designs soon found homes with legendary Italian brands like Ducati, Alfa Romeo and Piaggio. SILCA was a major supplier to the bicycle, automotive and motorcycle industries until the company was nationalized under Mussolini in 1940.

The original SILCA factory was leveled by Allied bombing during the war, but Felice rebuilt from scratch starting in 1946. He lived to see the company return to dominance in the Italian cycling market. Silca also produced the foot pumps sold with every Alfa Romeo, an accomplishment he was particularly proud of as a well-known fan of Alfa’s winning combination of design and driveability.

In his final years, he owned a sporty silver 1954 Alfa Romeo Giulietta Berlina. This is the car that served as the inspiration for this collaboration.

FiftyOne, based in Dublin Ireland create one-off custom creations. The company use traditional frame building techniques and combine them with modern technologies and materials. They are one of the first bicycle makers to use Controlled Plasma Ablation bonding to create joints with greater strength than traditional bonding methods.

About People For Bikes:

Launched in 1999, PeopleForBikes includes an industry coalition as well as a charitable foundation. Over the years, we have spent more than $30 million to make bicycling better. We’ve invested $2.1 million in community projects and leveraged more than $654 million in federal, state, and private funding. We have contributed millions to national groups and programs like the Safe Routes to School, the League of American Bicyclists and the International Mountain Bicycling Association, ensuring safer places to ride for both children and adults.