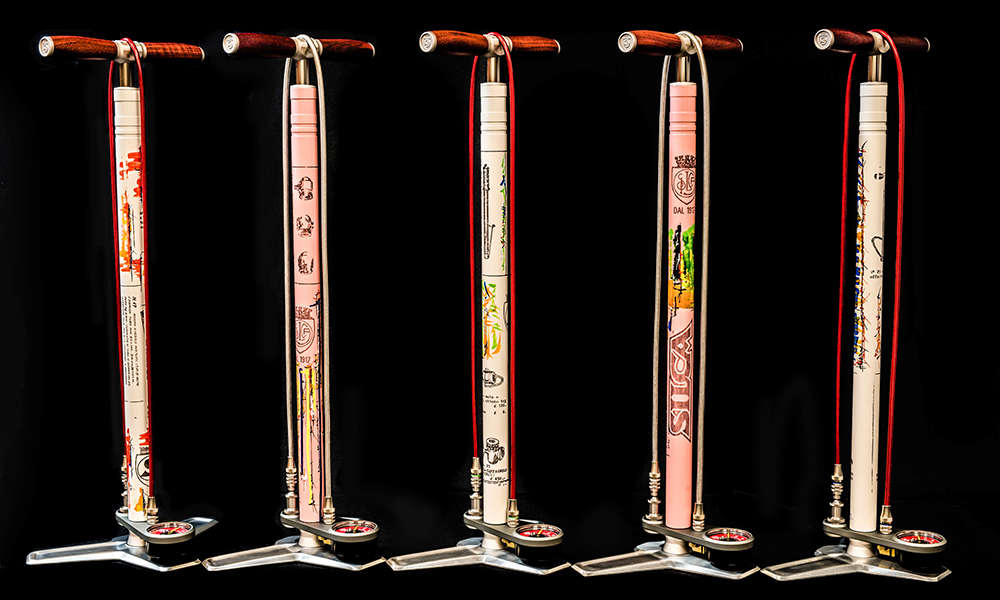 29 Aug 2017
By Gianni Pericolo - In LATEST ARTICLES, THE DOUBLE DIAMOND

Dario Pegoretti is an Italian artisan bicycle frame-builder, who is widely considered to be one of the greatest steel frame-builders in the world today. An apprentice under master builder Luigino Milani, he’s often credited with pioneering lungless and TIG welded approach to frame-building.

Aside from his mastery of frame-building, Pegoretti is also a remarkable artist and often hand-paints his frames using custom designs that he creates himself.

As result, virtually anything he creates becomes sought-after by collectors around the world.

SILCA’s relationship with Pegoretti was born out of a shared Italian heritage and a passion for craftsmanship and functional art.

Using the SuperPista Ultimate as his canvas, Pegoretti has created some truly stunning pieces of art using his frames and imagination as a source of inspiration.

These one-of-a-kind pumps feature hand-painted renderings, logos and specs of products that the brand has released over the last 100 years.

Pegoretti will also be adding an additional fifteen hand-painted pumps to the collection, which will go on sale on SILCA’s website starting September 7th.