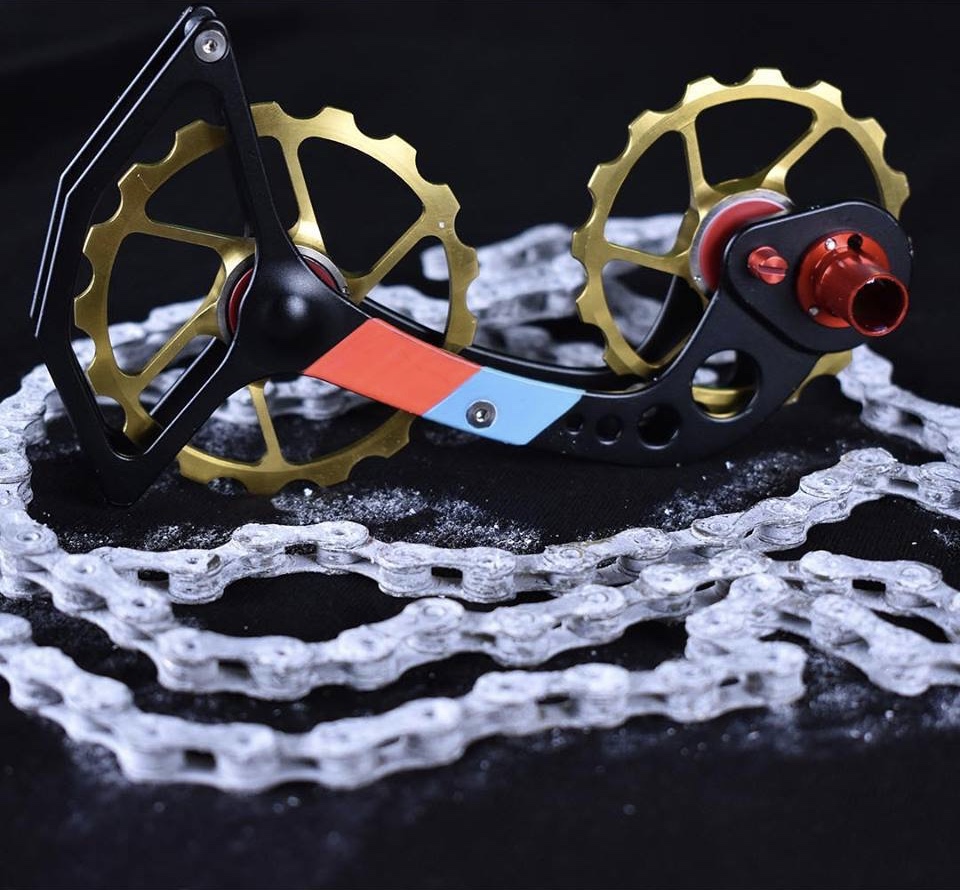 While enhancing aerodynamics is clearly one of the most effective ways of improving one’s performance on the bike, cheating the wind isn’t the only way to make it to the finish line faster.

Indeed, there are lots of manufacturers who have the white paper to prove that less friction can be equally effective at moving man and machine from point to point, all in the name of less drag.

As a result, enthusiasts wanting to ride faster while expanding less wattage have been treated to bearings, pulleys and ceramic gizmos of every denomination in an attempt to reduce friction and to bring greater efficiency to forward momentum.

The latest company to join the fight against friction is the Illinois-based SLF Motion, which has launched a new over-sized pulley system complete with its own derailleur cage called Hyper Speed.

According to SLF Motion, the basic Hyper Speed system comes with a choice of either a black or silver derailleur cage and silver titanium pulleys for $445.00, while for an additional $40.00 customers can opt for black or gold finished pulley wheels.

You can learn more about SLF’s Hyper Speed system by visiting their website here.