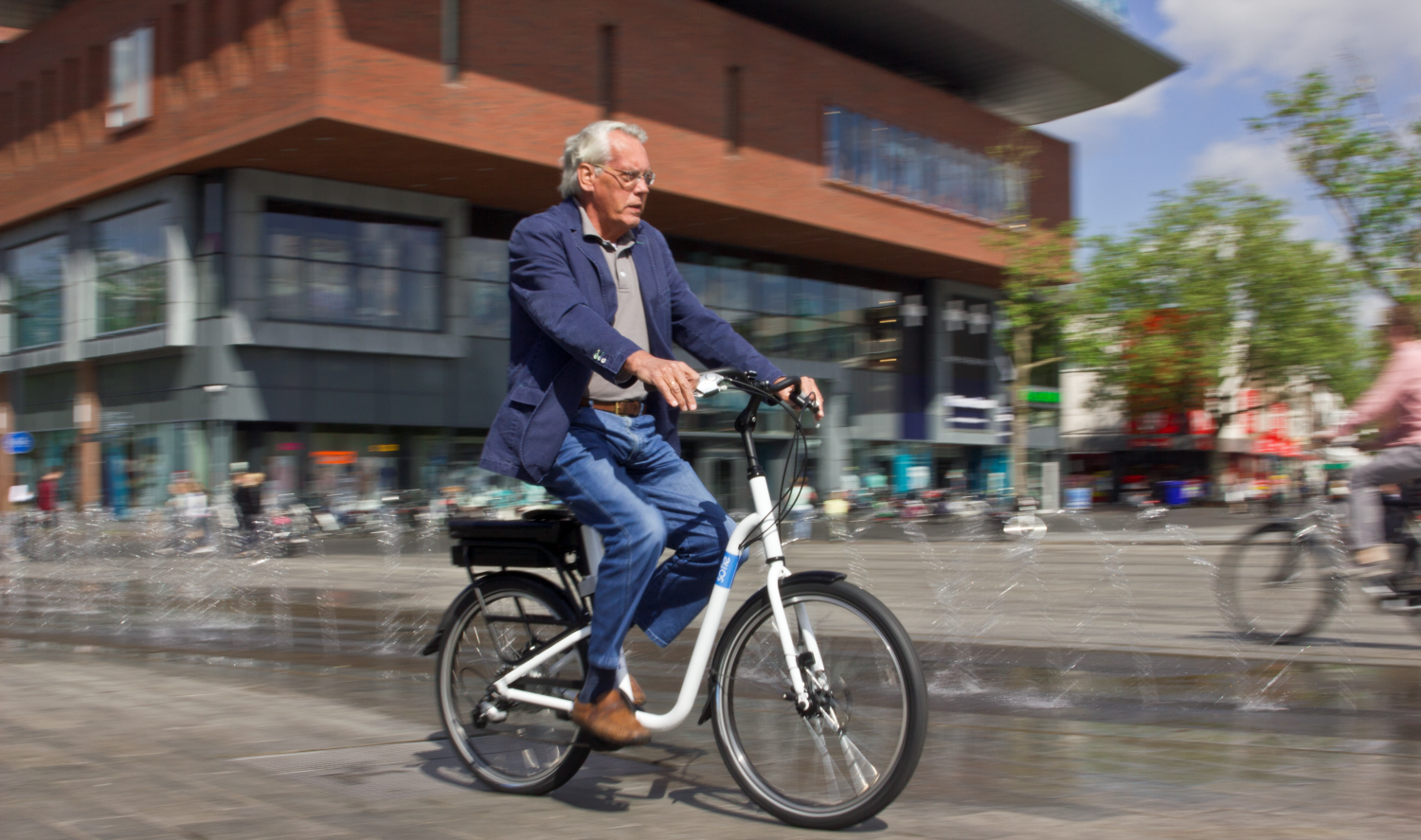 As we all know, cycling is both a healthy activity and an effective means of transportation. With that in mind, it’s a form of mobility that should be available to as many people as possible for as long as possible, even the elderly.

The electric bicycle in particular, has already proved to be a big contribution to the mobility and the social activity of elderly people, assisting the elder community, especially where their strength and health reduces their cycling abilities. As more elderly people are using cycling as a means of transportation or recreation, an increasing number of people are facing a heightened feeling of insecurity on their bikes. A decrease of vision, hearing and reaction time can cause more dangerous and unexpected situations.

For example, the sense of balance may decline, which gives problems when getting on and off the bicycle. Misjudgement of cornering speeds, either too slow or too fast (especially with an electric bicycle) often leads to increased levels of danger. The ability to multi-task while riding a bicycle can also be greatly reduced in the elderly population.

A consequence is that at a certain point people stop riding their bicycles, because they are afraid. Subsequently, they quickly become less active which may accelerate their decline in mobility in general.

The current solutions for people who have problems riding their bicycles, is the change to a tricycle or a mobility scooter. This change is not easily made, because of the stigmatic character of these products and reduced mobility can be a result.

The goal of the SOFIE (Intelligent Supported Bicycle) project is to develop intelligent assistance devices for electric bicycles to help elderly or cyclists with disabilities and to improve knowledge about bicycle stability especially with regards to elderly cyclists.

At the moment there are few solutions for the problems that elderly and disabled people deal with on their bicycles. In this project IADT (Intelligent Assist Device Technology) will be used to maintain the mobility of elderly, by increasing their sense of safety and stability on the bicycle. This will prolong their independence and maintain their social and physical levels of activity.

In the case of the SOFIE, lead researcher, Vera Bulsink PhD., compared possible cycling control strategies of older cyclists to that of younger cyclists in laboratory tests. Existing research models of bike development calculated the cycling person as one mass. But the personal properties of the cyclist determine the probability to fall from a bike. Bulsink extended existing bicycle computer models with a realistic tire-road contact model and added the motions of the cyclist, like the steering movement, upper-body movement and the outward knee movements.

The computer simulation model resulted in several design suggestions for a more stable bike frame. The combination of the steeper head angle at the steering axis, the smaller wheels and a shorter wheelbase makes the bicycle more stable at low speeds. The computer model makes it easier to judge the stability of bicycle designs.

The low entry of the SOFIE bicycle improves the ease of getting on and off the bike, and an automatic saddle adjusts its height to the speed while driving. Also, a drive off assistance helps to get speed and avoids slow cycling, and the limitation of maximum speed to 18 km/hour prevents falling.

The bike has not been taken in production yet. The consortium contacted several manufacturers with their design. They are interested, but so far none of has decided to produce it. “A pity,” according to Bulsink. “I am convinced that this design can prevent a lot of elderly people from falling.”

The SOFIE project is a collaboration of RRD, Indes, and the University of Twente, where Bulsink did her PhD at the department of Biomechanical Engineering and was supervised by professor Bart Koopman, Dorien van de Belt and Maarten Bonnema from the faculty of engineering technology. Her research has been co-funded by the Netherlands Enterprise Agency.