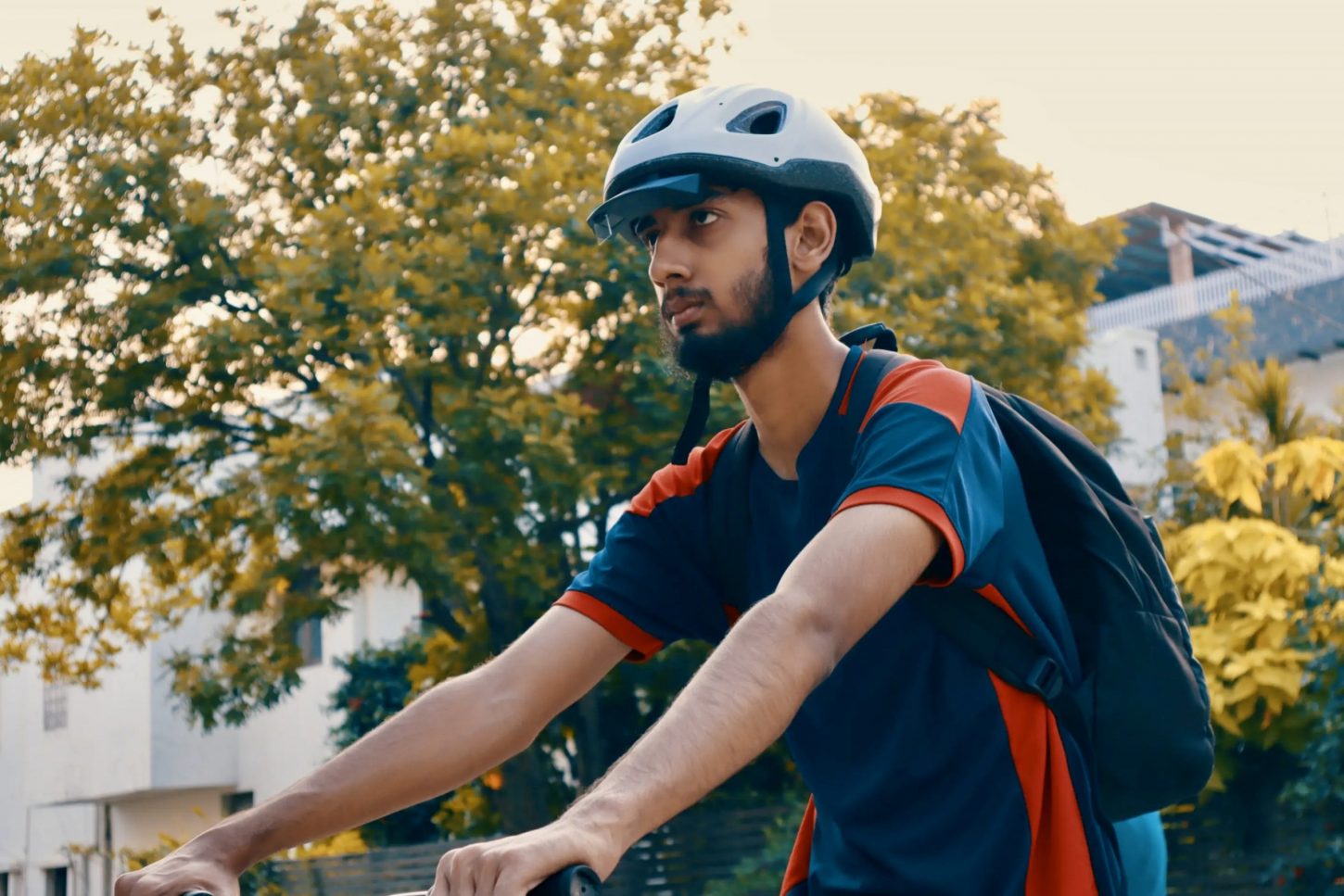 SoulRS aims to bring HUD (Head-Up Display) technology to cyclists thanks to an innovative new design that easily attaches to any type of bicycle helmet.

The SoulRS features a curved baseplate that sticks to the front of the helmet via a two-sided adhesive pad, allowing the visor-shaped HUD module to slide into place courtesy of a slotted plate. This functionality also allows the HUD module to be taken off for battery charging, or to be swapped back and forth between multiple baseplate-equipped helmets.

The SoulRS is activated by simply flipping down the screen, while data from a Bluetooth-linked Apple or Android smartphone is then projected onto the corner of the screen, allowing riders to maintain their focus without the need of shifting between the display and the road in front of them

In its current prototype form, the water-resistant SoulRS weighs in at a claimed 90 g (3.2 oz), with a battery run-time of up to a full-day on a single charge.

SoulRS has undertaken a crowd-funding campaign on Kickstarter, offering early backers a special price of $199 compared to the planned MSRP of $320.