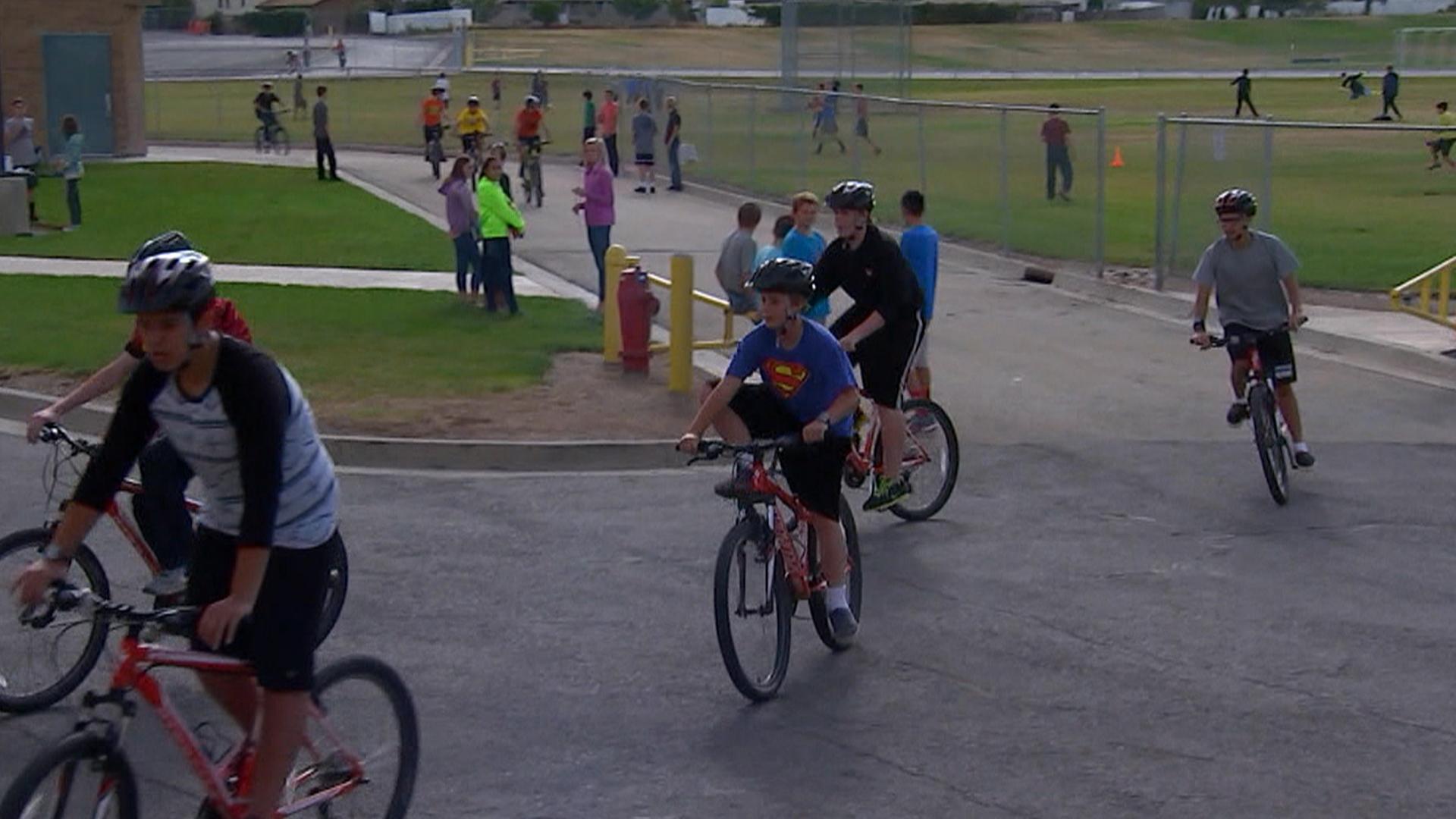 Specialized founder Mike Sinyard was featured in a recent segment on NBC’s Today Show, regarding his foundation’s goal to help kids with ADHD by prescribing them bikes, rather than medication.

Last week, a three-minute segment aired nationally, which featured a program being run at a junior high school in Utah.

Battling ADHD through bikes, has been a priority of Sinyard’s for several years., wherein Specialized decided to create the Specialized Foundation earlier this year, and invest in research and pilot programs to help kids inflicted with the condition.

The mission of the Specialized Foundation, is to research the benefits of cycling, as a wide-scale and practical treatment option for kids with ADHD.

Specialized’s program also was recently featured on local television, when the brand worked with Bay Bikes to deliver a fleet of bikes to the Chartwell School in Seaside, California. Chartwell is a school for kids with dyslexia and ADHD.

In a letter to Specialized retailers, Sinyard said he was looking forward to working with dealers to roll out school biking programs nationally. He also urged them to promote the Today Show segment by re-tweeting a link to it, at twitter.com/TODAYshow/status/655767686010400768

From the Specialized Foundation

Specialized founder and CEO, Mike Sinyard, has long dealt with the effects of ADHD in his own life. The inability to stay focused and being easily distracted was something he had grown to just accept as “normal.” Yet, he noticed that those symptoms seemed to dissipate after returning from a ride. Mike also saw the positive benefits that riding has had on his son, Anthony, who also suffered from ADHD. So when the Bicycling Magazine article “Riding Is my Ritalin” came across his desk, he decided that it was time to explore whether or not there really was science behind riding’s impact on the brain.

“AS SOMEONE WHO IS PERSONALLY AFFECTED BY, AND AS A PARENT OF A CHILD DIAGNOSED WITH ADHD, I HOPE THIS RESEARCH PROVIDES NEW HOPE FOR THE MORE THAN SIX MILLION CHILDREN AND THEIR FAMILIES MANAGING ATTENTION DEFICIT DISORDERS, AND THAT IT SERVES AS A CATALYST FOR PRIORITIZING PHYSICAL EDUCATION IN OUR SCHOOLS.”

We see an opportunity to change the conversation surrounding the treatment of children with ADHD, and through the development of our evidence-based youth cycling programs, we’re demonstrating a commitment to improving the lives and communities of patients and their families.

The Specialized Foundation supports cutting-edge research to investigate how aerobic exercise, specifically cycling, can become an integral part of a comprehensive treatment program for kids suffering with ADHD. And through our pilot programs, we’re finding encouraging results in support of this mission. Here are some of the things that we’ve learned:

With our partners in the field, we’ve established several six-week pilot programs in middle schools across the United States, and the early findings have been nothing short of groundbreaking. We’ve discovered that kids’ brains are better prepared for learning when they take part in cycling activities, improving many of the core deficits of ADHD, like attention, mood, and behavior. And these programs have also shown improvements in academic performance as measured by standardized test scores.

Furthermore, bike riding has proved itself to be the ideal conduit to these positive effects, as it’s easily accessible for kids with varying degrees of fitness. So this means that students are able to participate at a higher rate than with other forms of aerobic activity. And aside from our early findings in concern to attention improvement, riding develops an early adoption of physical fitness in kids, with the results reflecting a significant reduction in participants’ BMI on average.