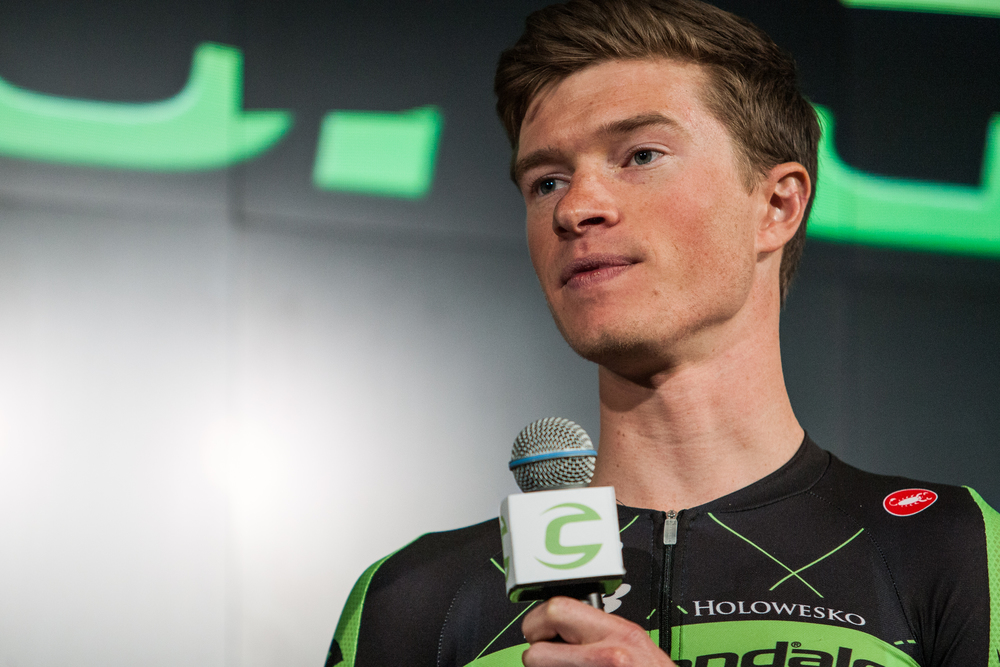 25 Aug 2015
By Gianni Pericolo - In LATEST ARTICLES, THE BROOM WAGON

No one’s quite sure if this spectator was oddly trying to help Ben King get back in the race, after he was involved in a crash during today’s stage 4 of the Vuelta, or he was trying to ride-off with the Cannondale-Garmin rider’s bike ? But, one thing is for sure, the perpetrator looked to be a little too gordo, to have gotten far.

And, the cigarette probably wouldn’t have helped him either. 😕

By the way, did anyone think to check on the well-being of King’s donkey?

Don't know if he was "helping" or taking off as I was searching people for my stolen Garmin. What a cluster! https://t.co/8FeWKyVZyZ