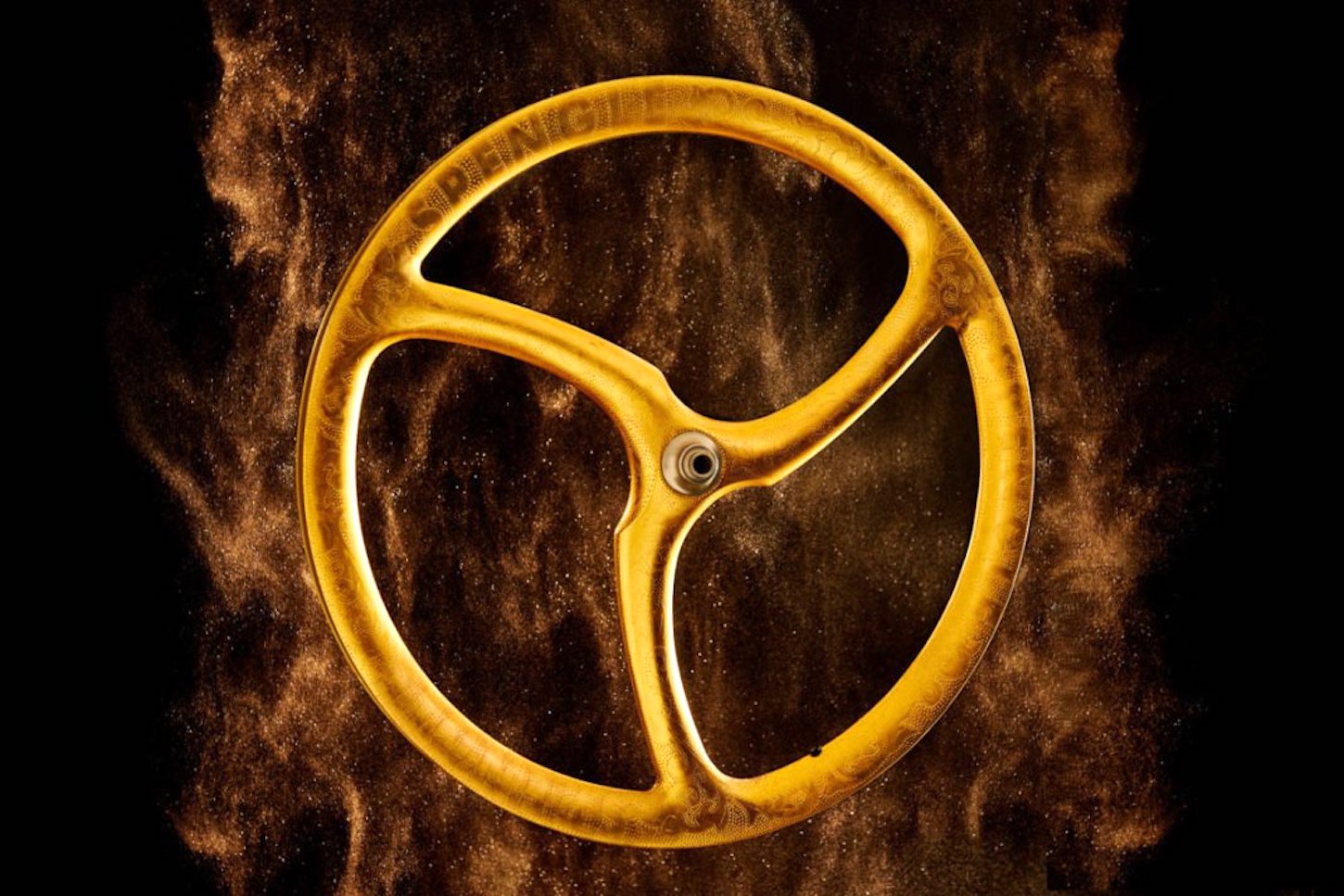 While SPENGLE claims it can trace its roots back to the 1980’s, the Slovakian brand is relatively new to us, harking back to some one-piece carbon wheel designs that we hadn’t seen since the days of Spinergy.

But, just when we thought the company’s monocoque carbon wheelset was already a real stunner to behold, SPENGLE has seemingly channeled Liberace to create a limited edition version that’s adorned in no less than 24 carat gold leaf.

“A masterpiece in craftsmanship,” says Spengle. “It’s the ultimate expression of Kinetic Art.”

According to SPENGLE, the wheelset uses the same 24mm internal width rim and hookless UST tubeless bead design as the standard wheel, making way for a wide-range of riding applications such as cross-country to roadplus, with tires choices ranging from 37mm to a whopping 62mm (1.5″-2.5″).

Additionally, the wheelset can also accommodate either standard or BOOST spacing, along with a Centerlock rotor interface that’s designed to work with 15mm front and 12mm rear thru-axles. However, the SPENGLE wheel is currently designed to work only with Shimano style cassette bodies.

Weighing in at 1,750g sans the gold treatment, the SPENGLE wheel won’t win any plaudits from the weight weenie crowd. But, that’s not the company’s goal, instead focussing on performance and reliability as its hallmarks. That would explain why the wheelset comes with a lifetime warranty, minus the gold of course.

At £10,000/$13,000 however, one should expect to receive more than just “the ultimate expression of Kinetic Art”, owners should also get a matching candelabra and corresponding attire.