CapoVelo.com
CapoVelo.com - - Spitting May be as Good as Swallowing When it Comes to Sports Drinks
26966
post-template-default,single,single-post,postid-26966,single-format-standard,no_animation 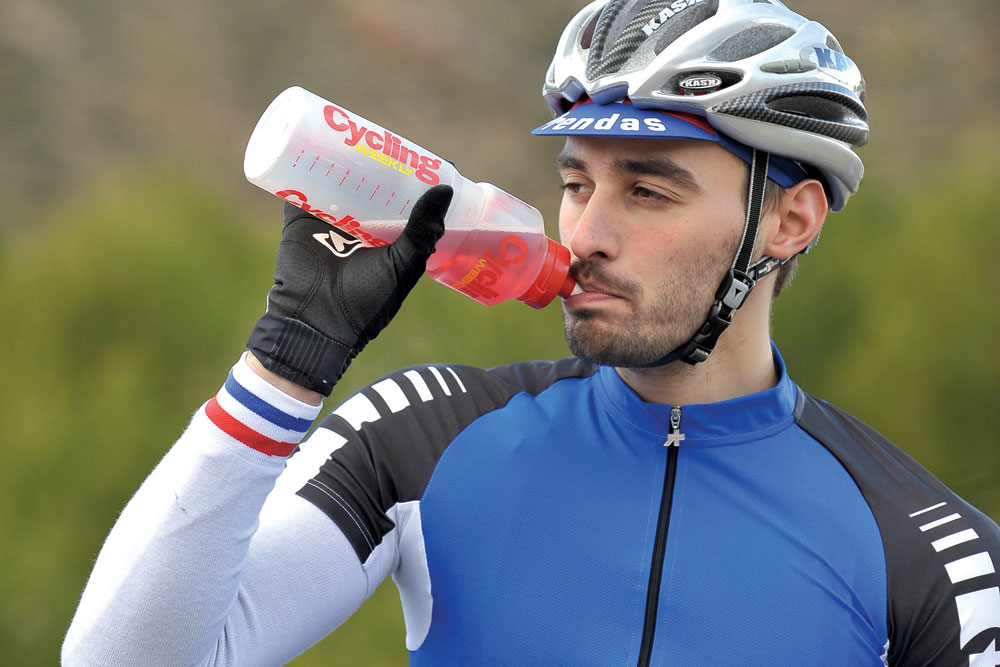 Most people who are avid cyclists, know if you drink a sports drink, they can perform for longer. But for people taking part in sports such as football or tennis, where skill and accuracy are important, it’s unclear whether sports drinks can improve performance. Recent research has shown that there may be an alternative to drinking sports drinks. For exercise lasting between 30 and 60 minutes, swilling the drink around in your mouth and then spitting it out produces the same performance-enhancing results as swallowing it.

The theory was established by a research group at the University of Birmingham. Their study found that cyclists who rinsed a drink containing maltodextrin (a sugar) in their mouth for five seconds performed significantly better in one-hour time trials than cyclists who only rinsed with water. Brain imaging studies have found that the maltodextrin in the mouth is detected by specific receptors (specialised cells that can detect changes in the environment) which stimulates an area of the brain involved in motivation.

Sports such as football and tennis involve a lot of tactics and skill, such as shooting at goal in football and serving an ace in tennis. The more tired you become, the less accurate you become. So, if you can prevent tiredness and improve motivation, you could improve performance. It could make the difference between winning and losing a match. There is no published research determining whether carbohydrate mouth rinsing improves skilled sports performance.

Testing it on fencers

A sport which involves a lot of skill and tactics is fencing. For our studywe recruited twelve club-level fencers to determine whether carbohydrate mouth rinsing could be beneficial.

They performed a lunge test – the most common attacking motion in fencing – to determine fencing accuracy. They also performed a Stroop test to determine their reaction time with interference. (A Stroop test involves saying the colour of a word, not what the word says.)

Following these tests the fencers performed some fencing exercises while stopping to rinse their mouths with either the water or the sports drink. They then repeated the accuracy and reaction time test. The results of the study showed that rinsing with a sports drink improved lunging accuracy after the fencing exercise, whereas there was a decrease in accuracy (due to tiredness) after rinsing with water. Rinsing didn’t seem to have an effect on the Stroop test results.

Our results show that mouth rinsing a carbohydrate drink is beneficial for fencing performance, in particular on lunging accuracy. An added benefit, is that a fencing competition can last all day and the calories used can be low, so finding a way to improve performance without consuming lots of calories gives the fencer an added benefit. The use of mouth rinsing carbohydrate drinks also enables recreational athletes wanting the benefit of carbohydrate during sport without the increased calorie consumption to help with losing weight.

Our study shows that carbohydrate mouth rinsing has the potential to be beneficial for several sports where tactics and skill are important. With Rio Olympics around the corner, you might start seeing athletes using this technique to improve their performance and increase their chances of winning a gold medal.