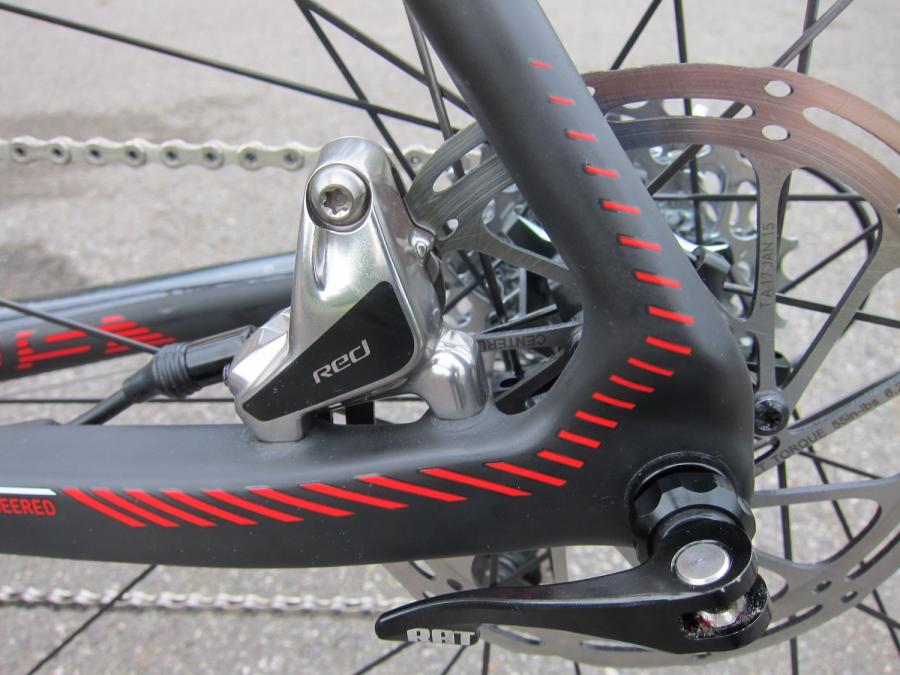 SRAM announced this week, they’ve updated their hydraulic disc brake systems, to include new flat mount calipers, to compete alongside with Shimano.

The new front and rear caliper design will be introduced across most of the SRAM range, with versions available for Red, Force, and Rival, as well as for the new 1X single chainring system.

Similar to Shimano, SRAM also claims their new system offers cleaner integration with framesets, by virtue of better alignment with the rotor, as well as improved aerodynamics and easier maintenance.

Additionally, their upgrade will also be compatible with both 160mm and 140mm rotors, with change-out achieved as simple as rotating the caliper by 180 degree to switch between different rotor sizes.

Furthermore, the weight of the new system is comparable with SRAM’s existing hydraulic disc brake set-up, with the Red version weighing 459g with a 160mm rotor at the front, 140mm at the rear, along with an 800mm hose, while Force and Rival weigh in at 489 and 496g respectively.

Availability is due for September of this year, with pricing in the USA yet to be announced.