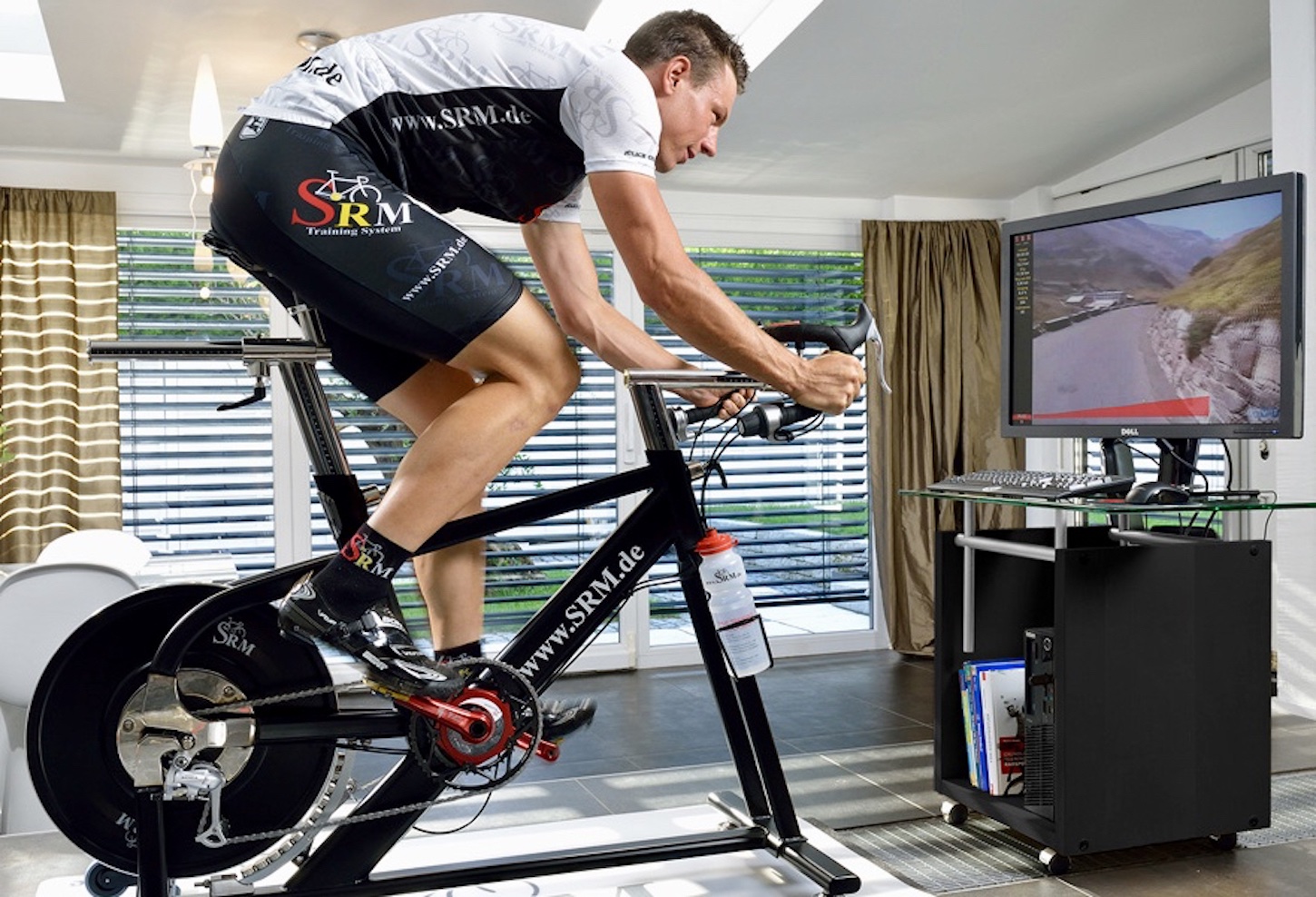 Another indoor training bike made its debut during this week’s Eurobike Show, this time from the German brand SRM.

According to SRM, its SmartIt comes is response from the overwhelming requests of its customers to develop a new indoor training bike with an electronically controllable flywheel that could replicate the experience of real-world riding conditions indoors.

The SmartIt features a robust 30kg electro-magnetic flywheel that can be controlled either manually or through a handlebar-mounted digital control, allowing the rider to adjust the power output while also displaying an array of other data, or use a third-party app via its ANT+ and Bluetooth Smart capabilities.

SRM has also developed its own app, offering riders the ability to create their own interval workouts.

Needles to say, power mapping comes courtesy of SRM’s aluminum Origin power meter, which despite being the brand’s entry level unit can still deliver a claimed accuracy of +/- 1%.

Additionally, since the SmartIt comprises a standalone power meter that’s integrated into its design, owners have the option of removing it and using it on other bikes in their stable as well.

SRM was also keen to make the SmartIt adaptable, which they say can accommodate riders between 5’5 (165cm) and 6’7 (200cm), while the saddle and handlebasr offer adjustment for both height and fore/aft position.

SRM says strength was also an important consideration when developing the SmartIT’s stainless steel frame, which they say is capable of withstanding power up to 1,400 watts.

Not surprisingly, the SmartIt carries a hefty price tag of €5,000 + VAT, which can be purchased directly from SRM.