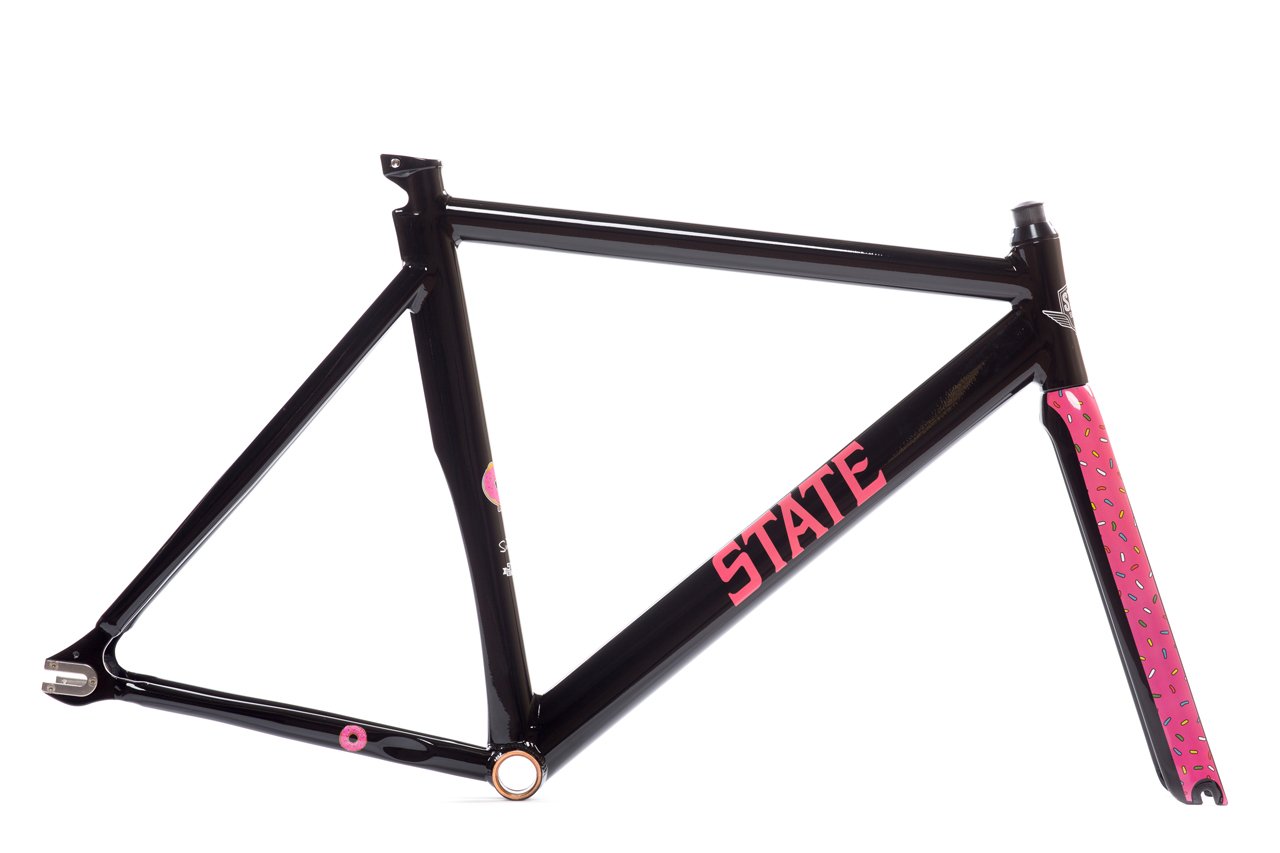 27 Apr 2018
By Campionissimo - In LATEST ARTICLES, THE DOUBLE DIAMOND

While we’re not necessarily part of the fixie scene, we certainly recognize its significance in the cycling culture. We are however, big fans of the Simpsons.

Apparently so is the State Bicycle Co., who recently introduced a limited edition frameset in celebration of the longest-running scripted show in television history.

Now in its 28th season, the Simpsons has won 32 Emmy Awards, 34 Annie Awards, a 2016 People’s Choice Award, along with being the first animated series to win a Peabody Award and an Academy Award nomination for the best theatrical short (The Longest Daycare).

According to State Bicycle Co., only 49 Simpsons x State Bicycle Co – Donut Undefeated framesets will be offered, which are crafted from 7005 double-butted aluminum and feature a full-carbon fork and threadless FSA 1.5 ZS headset.

The limited edition frameset is available in five sizes, which can be purchased from State Bicycle Co.’s website for $579 here.