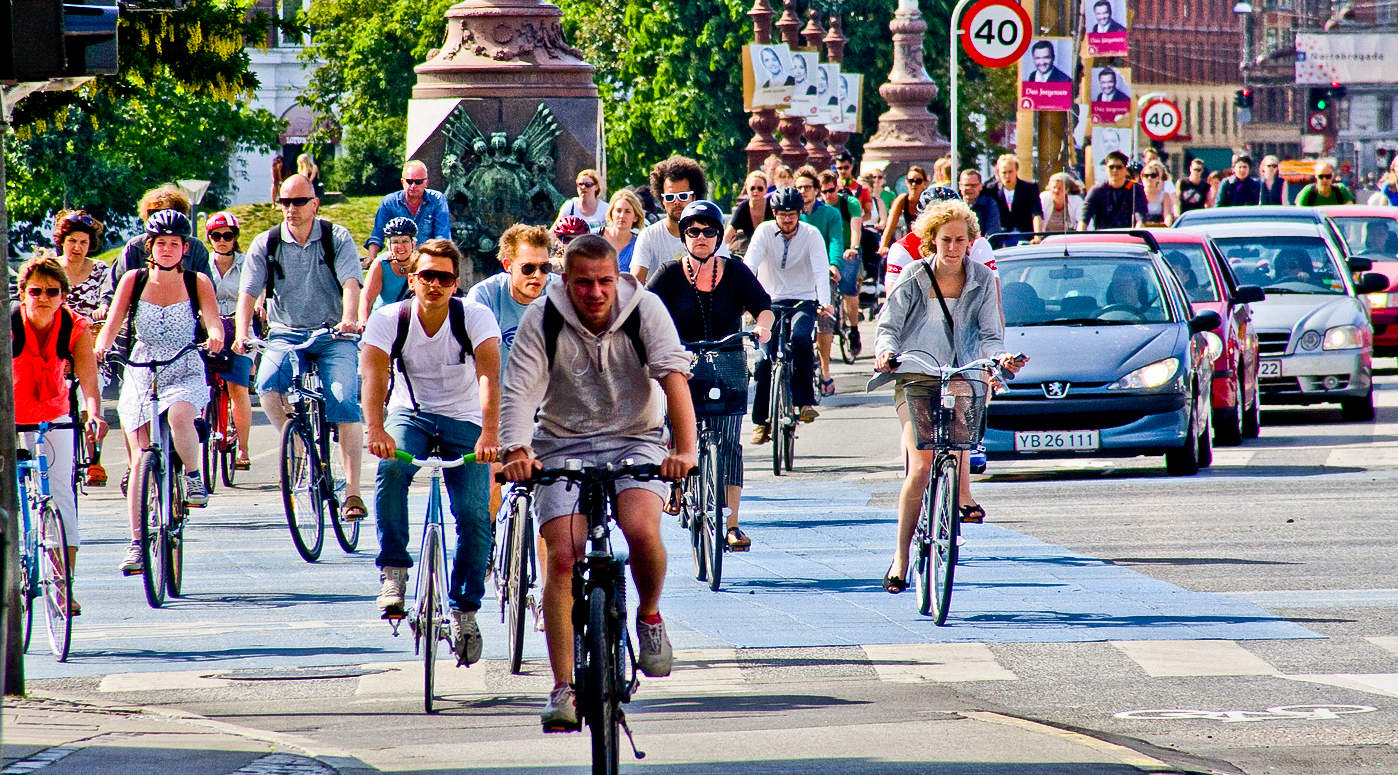 According to the latest traffic count, 265,700 bicycles entered the capital city’s center during a 24-hour period, as compared to 252,600 cars, marking the first time bikes have outnumbered cars as the leading conveyance since 1970.

The statistics contained in the first study, which was conducted more than four decades ago, showed that 340,000 cars were recorded compared to 100,000 bicycles, but the gap has been narrowing due to the city’s investment in cycling infrastructure, reports city officials.

The following infographic released by Copenhagen City Council shows that how the convergence between falling numbers of cars and rising cyclist counts has accelerated in recent years.

In the latest survey, the council says that while overall traffic across all modes dropped by 1 per cent, the number of bicycles counted rose by 15 per cent over 2015.

According to the council, some 41 per cent of all trips to places of work or study in the city are done by bicycle, with cyclists covering an aggregate 1.36 million kilometers every day. There are 678,000 bicycles in the city – outnumbering cars by almost seven to one.

Klaus Bondam, director of cyclists’ association Cyklistforbundets, said that the figures proved that if safe and secure infrastructure was provided for bike riders, people would use it.

He added that the city authorities had taken the needs of cyclists into account in their planning, though he believes there still needs to be a debate about allocating even more road space to people on two wheels.

The Mayor of Technical and Environmental Affairs of Copenhagen, Morten Kabell, said he was “really glad” that bicycles had passed motor cars for the first time in terms of traffic, saying “it shows the investment we have made works.”

“But,” he continued, “it is clear that there is a challenge regarding the capacity of the cycle lanes. They must be able to cope with the volume of traffic.

“We have to make hard choices about space,” he added, saying there needed to be a rethink of allocation of space at some locations in the city where bikes outnumber cars but that isn’t reflected in the road layout.”