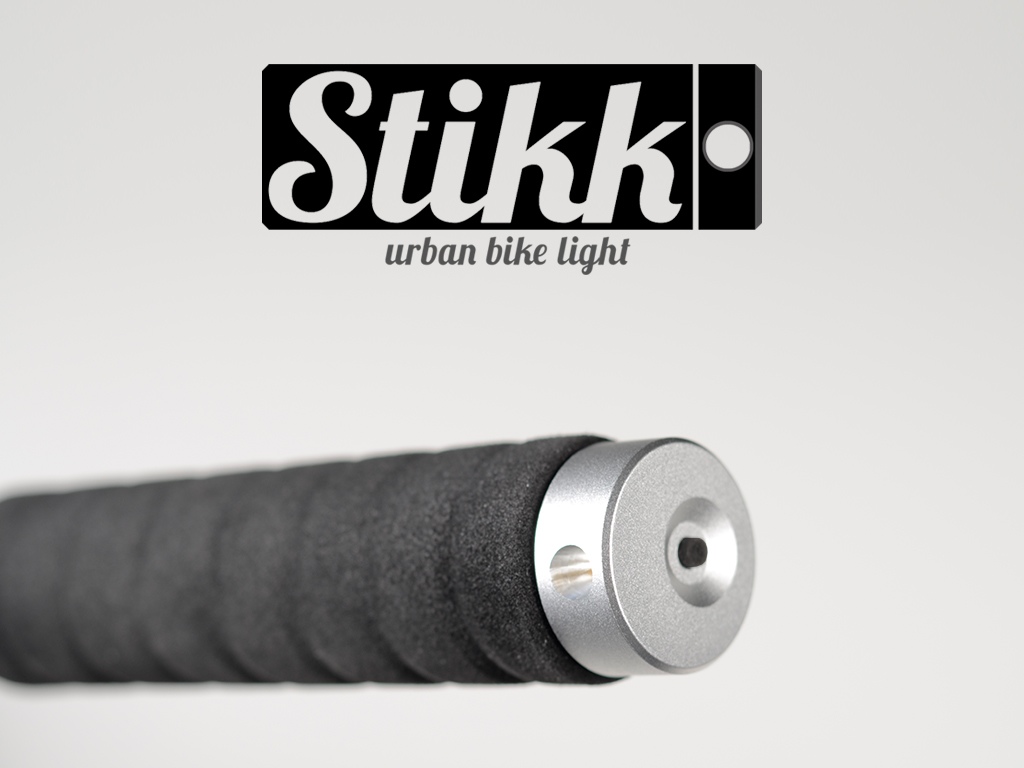 15 Dec 2015
By Gianni Pericolo - In LATEST ARTICLES, THE DOUBLE DIAMOND

While there’s been a dizzying array of goofy add-on bike lights available over the years, some of the very worst have come by way of the   handlebar/grip persuasion.

Interestingly though, a small started up company called StiKK Urban Bikes Lights may have finally nailed it with this simple, straightforward design.

StiKK’s  unobtrusive light is not only easily installed on virtually any handlebar, by simply removing the bar-end plug, and dialing up its own built-in expansion plug, but its also capable of putting out 100 lumens of light, which can be adjusted vertically by simply turning the light module by hand.

Additionally, cyclists can choose between three brightness levels and one flashing mode, by pressing a button on the end of the light. Power is provided by AAA batteries, which according to StiKK, can last up to 12 hours in flashing mode.

To learn more about STiKK’s lights, checkout their Kickstarter campaign at: https://www.kickstarter.com/projects/1254743238/stikk-urban-bike-light