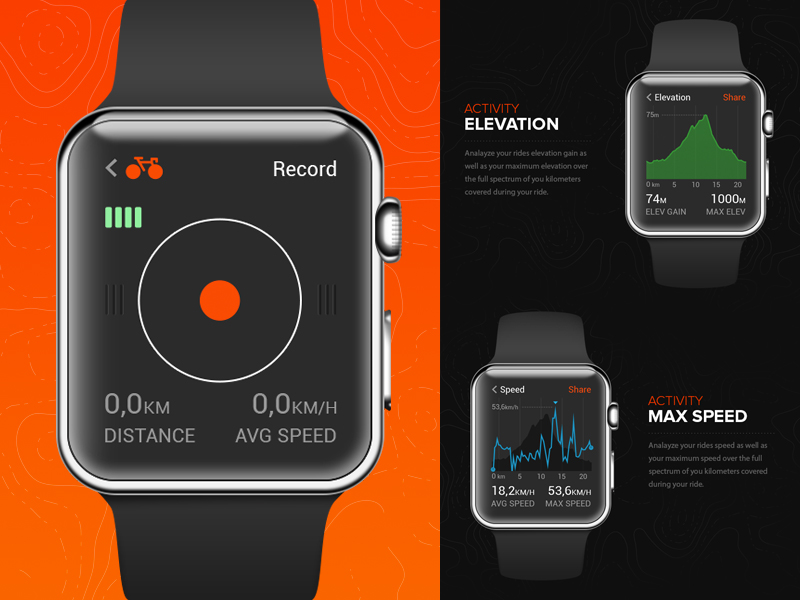 Apple announced at its “Spring Forward” launch event last evening, that is has chosen Strava as one of the select group third-party developers to integrate their application into its new Apple Watch device.

Once available, Strava’s new app will allow cyclists to map basic ride metrics on their new Apple Watch. For example, cyclists will be able to view summarized data on their watch, and easily toggle through Strava’s application during and after a ride.

However, the new app will only be available to premium Strava members in real-time segments.

The new app will also allow Premium members to see their weekly training data, and how it correlates with their weekly goals.

This is accomplished through the Apple Watch’s “glances” feature.

In addition, the Apple Watch can act as an extension of the iPhone, so cyclists can use the GPS features of their phones in conjunction with their ride.

Furthermore, the Apple Watch has a heart rate monitor built into the back of the face, which will allow the Strava application to integrate with it, and display data on the watch’s face, along with other information such as power and cadence. However, according to Strava, that feature is still forthcoming.