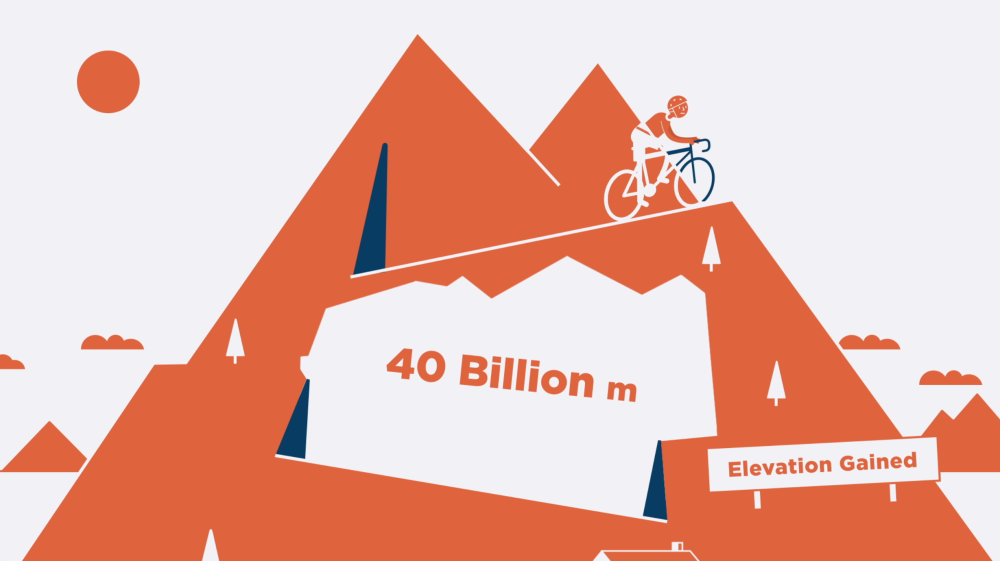 To celebrate their users’ efforts during 2015, Strava created this personalized film that tells a story  that will bring back memories of 2015 and get their followers  excited for an even bigger adventure in 2016.

… and for so long

12.3 million days of activity were logged in the saddle and on foot this calendar year. If that were a relay it would last 33,722 years.

On average in 2015, Strava cyclists and runners climbed up and down Mount Everest 12,578 times a day. We climbed over 43.8 Billion meters this year.

Training partners, rivals, friends and plenty of buddies from all corners of the world gave 674 million kudos this year, showing support for great efforts, sharp photos and clever activity titles.

But of course, you finished strong.

Incredible data from our global community…

Enjoy our community film, and thanks for riding and running with us.