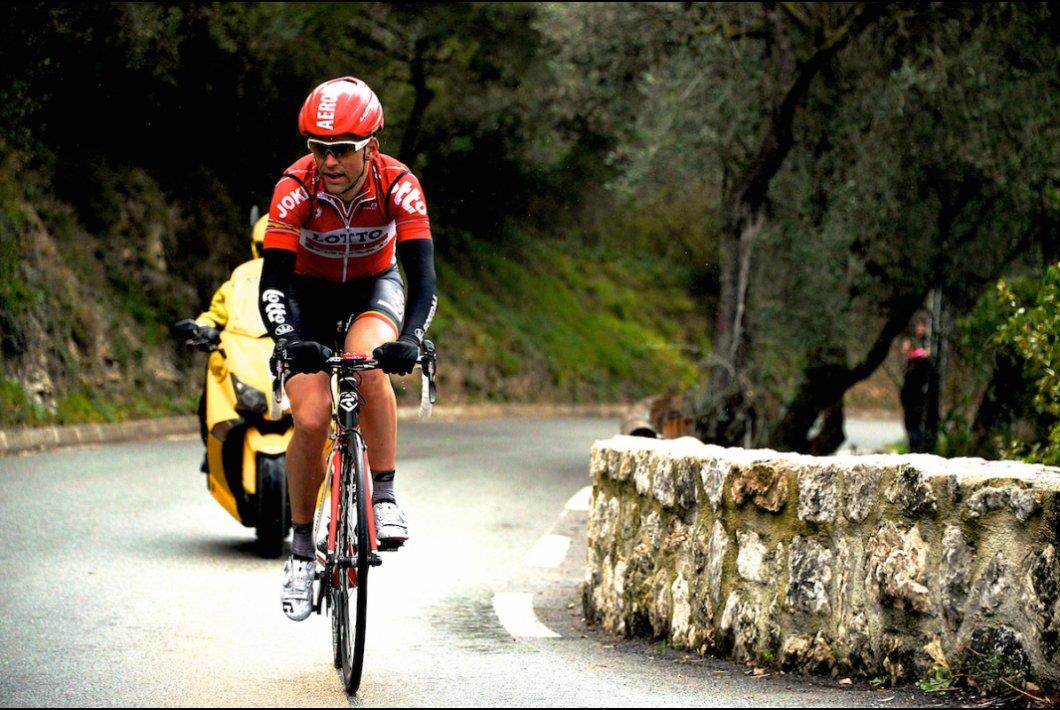 03 May 2016
By Gianni Pericolo - In FEATURED ARTICLES, LATEST ARTICLES, VELOPATHIC

Research carried out at University of Technology in Eindhoven, Netherlands, as well as Universities of Leuven and Liege in Belgium, has shown how a motorbike riding close behind a cyclist can reduce air resistance by almost 9%.

In a time trial, such as this Friday’s forthcoming prologue in the Giro d’Italia in Apeldoorn, this could mean a decisive advantage. As a result, researchers have advised cycling’s governing body, the Union Cycliste Internationale (UCI), to extend the minimum distance between motorbikes and riders, by 20 or 30 meters.

The research conducted by the universities, which was supervised by professor and avid cycling fan Bert Blocken, revealed that motorbikes can also have a decisive role in the outcome of a race from an aerodynamic perspective.

The researchers used computer simulations and wind tunnel measurements of scale models of a time trial rider and a motorcyclist to calculate that a motorcycle at a distance of 0.25 meter behind the cyclist can cut the air resistance by almost 9 percent. If there are three motorbikes,  the reduction can be as much as 14 percent. Race pictures suggest that such short distances are certainly not uncommon in elite races.

Up to a minute gained

The researchers calculated the time that can be gained in a time trial for various distances between the cyclist and following motorbike. Depending on how long a motorcycle rides behind the cyclist in a short time trial like the Giro prologue (9.8 kilometer), a few to several seconds can be gained. Time trials are often won by very narrow margins. In the longer time trials, the difference could be up to a minute.

Last year the researchers showed that a following car could give a rider a time advantage by driving close behind the rider. Now it appears that the aerodynamic benefit provided by a following motorbike is even greater, mainly because motorbikes tend to ride much closer behind the rider.  But now, for the first time, this ‘following effect’ of motorbikes and following vehicles has been investigated in detail. Evidence suggests that the effect is much greater than previously thought.

Image of computer simulations with colors depicting different pressure levels. The motorcycle follower causes an overpressure in front of it (red area) and a reduction in the low pressure behind the rider (blue area), thereby reducing the aerodynamic drag.

UCI must modify the rules

The researchers advise the UCI to modify the rules on motorbikes in races not only from a safety perspective but also given the measured  aerodynamic advantages that riders could gain. They are appealing for the regulatory 10 meter distance to be increased to 30 meters.