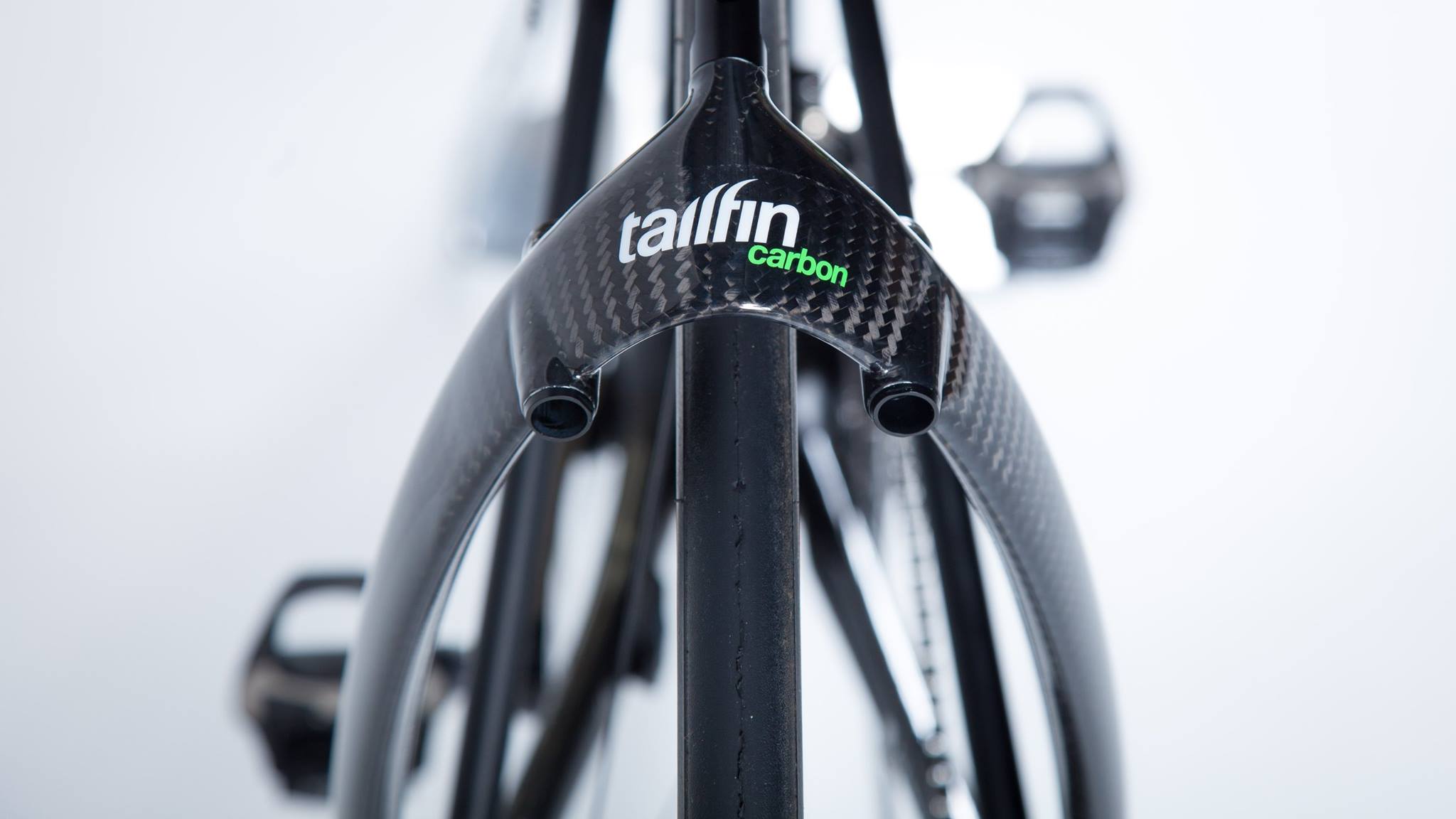 26 Apr 2016
By Gianni Pericolo - In LATEST ARTICLES, THE DOUBLE DIAMOND

If your bike is more of a conveyance, as it is for millions who rely upon their two-wheeled jitney for daily travel, than it is a commodity for fitness and racing, racks and panniers can be tantamount to your ever-day commute. Furthermore, if you’re the type of urban cyclist who feels being  chic can also coincide with being functional, a company called Tailfin, has taken the magic cloth we call carbon fiber, and has applied it to some of the most stylish bike accouterments we’ve seen.

According to Tailfin, its rack can fit any road bike, including carbon fiber ones, by virtue of its custom quick-release system and mounting features, which allow it to form a stable triangle between the ends of the skewer and the seatpost. Moreover, the seatpost connector is carbon friendly and designed to fit almost any size.

In addition, the Tailfin rack not only integrates beautifully with its own pannier set-up, but it’s also compatible with other brands.

Tailfin has turned to crowd-funding as a means of getting its carbon fiber rack and panniers out of the molds onto bikes.

You can learn more about Tailfin’s system, by checking out their Kickstarter campaign.