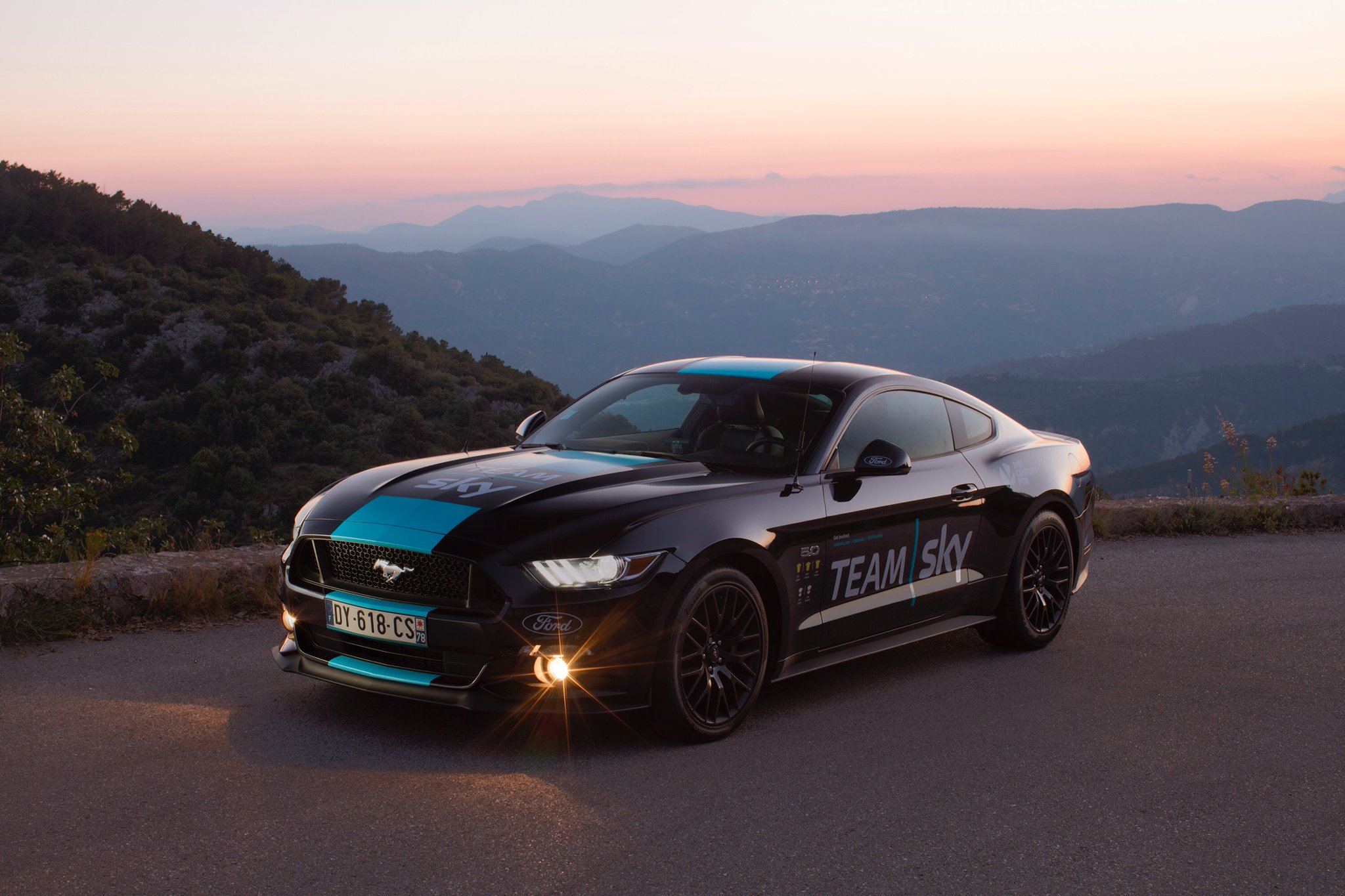 Ford replaced Jaguar as a team sponsor at the start of 2016, who will showcase its iconic Mustang during two of the French Grand Tour’s time trial stages.

Originally launched in 1964, this year’s sixth generation Mustang will include for the first-time, a right hand drive version so our English Dandy friends can finally experience what it’s like to have some American Muscle at their finger-tips, and we don’t mean Tony Blair grabbing George Bush’s arse.  😛