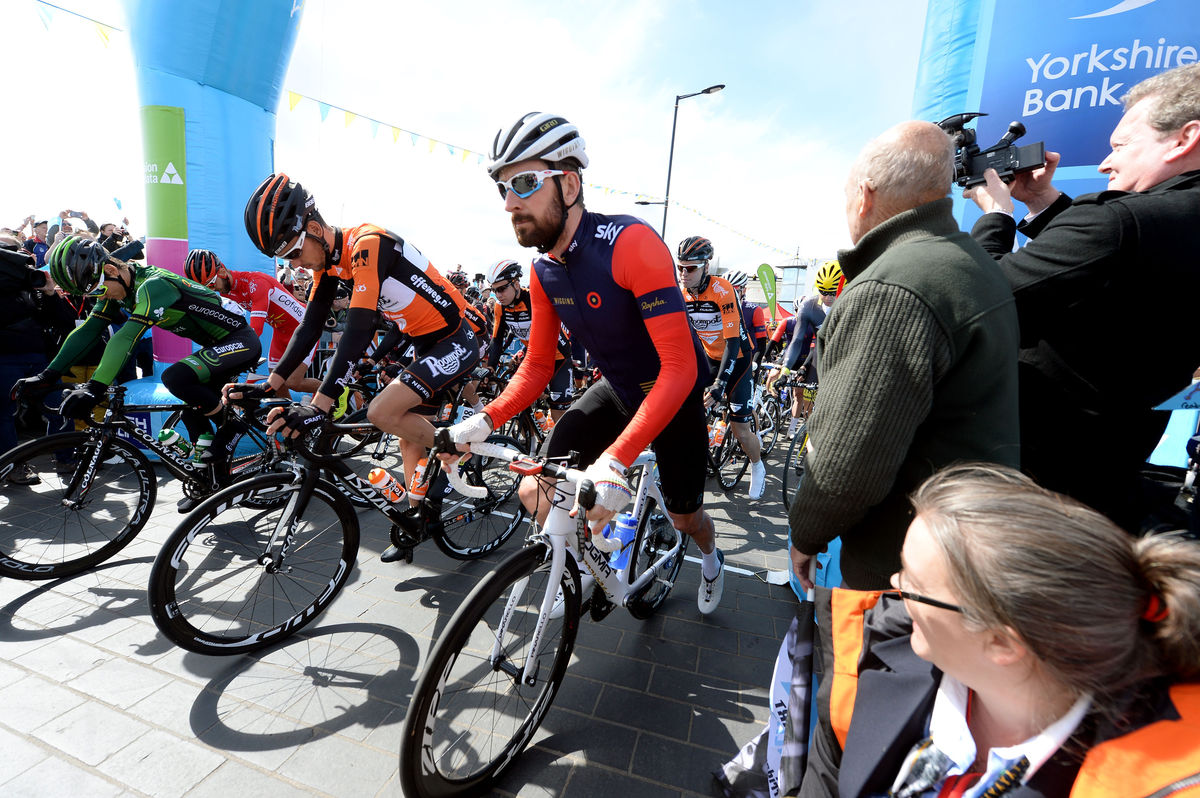 Shock and disappointment are two words to best describe Team WIGGINS’ reaction to the news that they’ve been excluded from the list of teams scheduled to participate in next moth’s Tour de Yorkshire.

Indeed, Team WIGGINS is the only British UCI Continental team to have been excluded from the race, while lesser ranked teams such as JLT-Condor, One Pro Cycling, Bike Channel-Canyon, Raleigh-GAC and Madison-Genesis have all received invitations.

Simon Cope, the team’s sports director, responded to the news by saying, “it’s very disappointing and it is very much a surprise. I don’t really know why. It’s a very strange one.

“I do feel that with the riders we have got, we would have been a top-10 contender in the GC, all things going well.”

“Scott Davies was 12th on GC in 2015 [when racing for a Great Britain composite squad] and he’s two years older, two years wiser so he could get a top-10 there.”

“Out of the six British Conti teams, and bearing in mind we are a development team, we are the second best British team in the [UCI Europe Tour team] rankings behind One Pro.”

“We have the current national U23 time trial champion [Davies] and the European team and individual pursuit champion [French rider Corentin Ermenault]. It’s a massive surprise.”

In the previous two editions, only five Continental teams were granted invitations to the race, while lesser ranked teams were forced to sit out – a decision that sparked controversy at the time.

Cope says that the inclusion of other teams over Tean WIGGINS puts pressure on them to prove that the race organizers’ decision to exclude them was wrong.

“We’re in front of Raleigh, Bike Channel and Madison in the UCI rankings. I’m not going to worry but those teams have to live up to the selection.

“Good or bad press at the moment, there’s a percentage of the UK population who will be going to the race who want to see Team WIGGINS there.”

“You would have thought that we would have got in, but the organizers have made their selection and that’s it, we can’t do anything about it. We will have to go and find another bike race to do.”

“We turned down races during this period because of the Tour de Yorkshire so there’s a big window opening now, but we’ll take a look at the UCI calendar and see if we can get something to substitute it with. It’s getting late in the day now, so I’m not sure what race that will be, but we’ll try and find something.”