The Athletes’ Right to Have a Voice 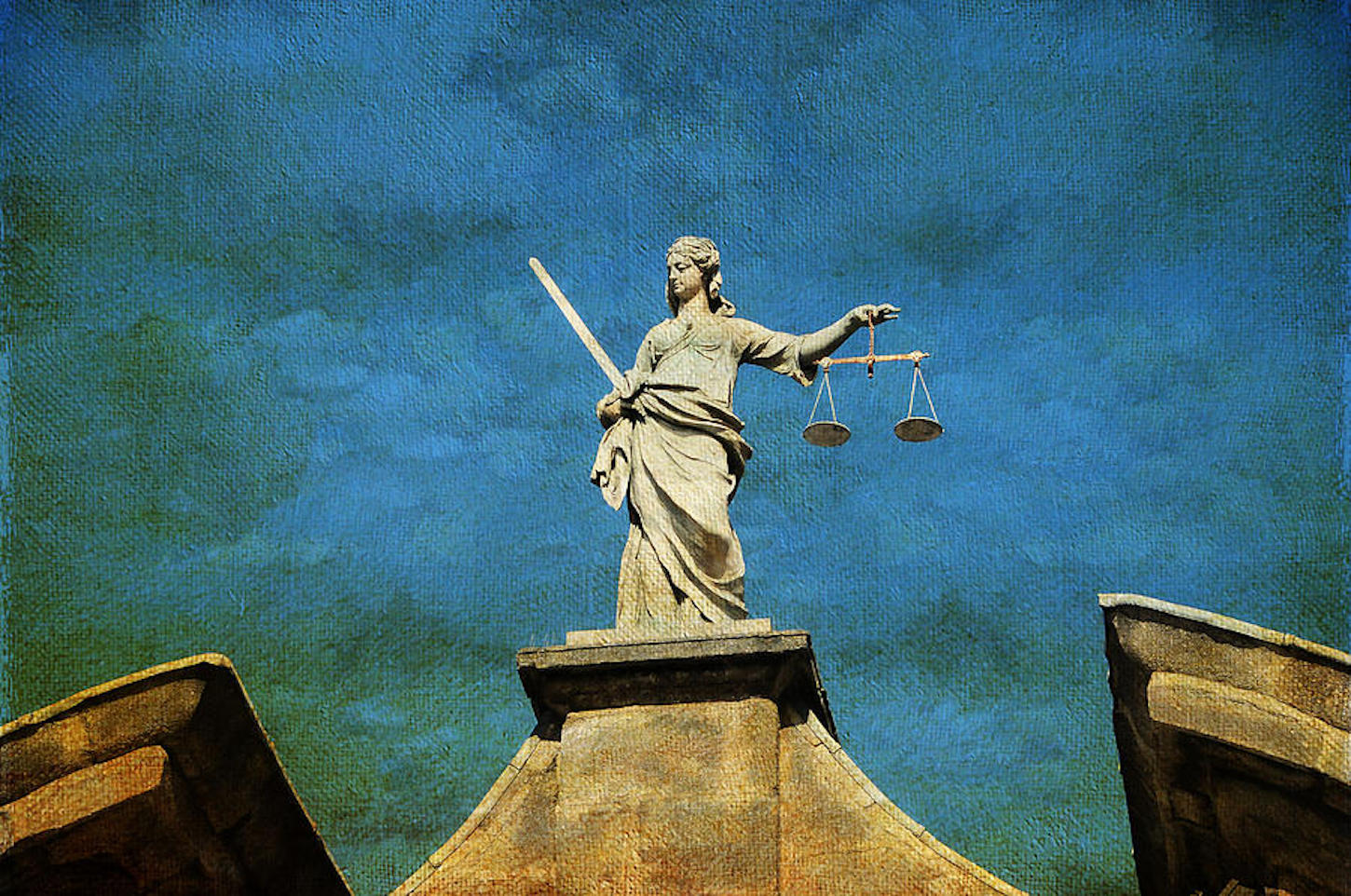 Over the last several years, The Outer Line has frequently called out the lack of a cohesive and influential voice in the sport for the professional cyclists themselves. In comparison to most other major international team sports, cycling suffers from a virtually complete lack of athlete input into the management and governance of the sport. Largely lost in the news cycle before and during the Tour de France was the fact that both the Dutch and the Belgian national rider associations have recently withdrawn from the CPA, citing dissatisfaction with management, a lack of financial transparency and insufficient leadership on issues of key importance to the riders. At the same time as this is going on, a new women’s union is rapidly gaining momentum and visibility. From a broader historical perspective, it is clear that sports begin to achieve more robust economic conditions and stronger governance policies when athletes assert their voice and their rights. We remain strong proponents for the creation of a stronger athlete role in pro cycling.

Play the Game (PTG) is a Denmark-based international conference and communication initiative which The Outer Line has worked togetherwith in the past. PTG aims to strengthen the ethical foundation of sport and promote democracy, transparency and freedom of expression in sport. What follows below are excerpts of a speech recently given by Jens Sejer Andersen, Play the Game’s International Director, to elite athletes at the WADA Global Athletes Forum held in Calgary, Alberta, 3 – 5 June, 2018.

The voices of athletes have never been more needed than today. Those leaders charged with responsibility at the highest political level to safeguard the values of sport have failed. They have not been able to prevent the moral breakdown that has come with the immense commercial success of elite sport over the past 40 years. On the contrary, many of today’s top leaders have been accepting or driving the decadence, or been passive bystanders as it happened before their eyes.

At a time where international sport is met with public mistrust, many of these leaders may now find it attractive to push athletes before them and benefit from your credibility and prestige, without really sharing their powers. There is the risk that you will be positioned as foot soldiers for the army of well-paid propaganda consultants in sports, and for the generals behind them. Nobody can better protect your independence and credibility than yourself, and one of the best ways you can avoid being used is by making your voice heard in the public domain.

Play the Game has set a stage for the international sports debate for more than 20 years now. Speakers at Play the Game forums have been first movers in uncovering corruption among the leaders of football, volleyball, handball, weightlifting and a number of other sports. They have warned against illegal doping trade, match-fixing, sexual abuse, abuse of public and private money, trafficking – issues that were for many years taboo, but are now all over the public agenda.

We have engaged journalists, academics, government officials and even a few – sometimes reluctant – sports leaders, but when we look for active elite athletes, we unfortunately often search in vain. There may be many good reasons for this: any elite athlete is extremely busy focusing on his or her career, caught up in a tight competition schedule, or committed to side events organized by sponsors, managers, federations. Many elite athletes are young, inexperienced and often unaware about the wider context within which they are working.

But it may also be that athletes are afraid of speaking up. In many countries, in many organizations, in many commercial settings, sport is driven top-down as a very authoritarian system. Indeed, even the most prominent of all athlete representatives – the 15 athlete members of the International Olympic Committee – have to swear an oath of loyalty, declaring that they will never appeal IOC decisions and defend in all circumstances the interests of the IOC.

Elite athletes are trained, sometimes from a very early age, not only to swim, run, jump and play the ball, but also to follow rules, to take orders, to obey the parent, the coach, the manager, the sponsor, the club president, the sports federation, the minister, the anti-doping regulator – to do whatever these authorities tell them to do. And not to do.

Over and over again, we hear sports officials tell us that sport is so wonderful because it teaches us respect of the rules. Indeed, without respect of rules it would be difficult for human beings to live together. But wouldn’t sport be even more wonderful if it taught us not only how to obey the rules, but how to create more equitable rules together, how to change unfair rules, and how to administer them in the best interest of everyone? Shouldn’t all athletes, from an early age, be invited to take an interest in and responsibility for how their sport is run?

This would obviously require some fundamental changes of the way we organize sport – and this is the heart of the matter. In today’s world, sport yields way too much power to government, industry, sponsors, the media, and particularly to the sports institutions. So, how can we do more to empower the athlete, the human being, independently of his or her talent, fortunes, race, gender or creed?

Competitive sport as we know it today is not an eternal phenomenon given by some kind of almighty creator. It is just one among many human-initiated variations of movement culture that has unfolded since we rose on our two feet and started dancing. In our history, there has been a constant exchange between the rules and norms that guide our lives, and the movement culture we practice. Modern sport is similar: at one and the same time, it expresses and shapes our norms. In a very real sense, sport is a battlefield about human values.

This is why freedom of expression is so important in sport – every body must have a voice. This is why we must talk about sport and human rights, and why we must discuss athletes’ rights. This is why democracy is such an important value in sport, although it may not always be in demand. Facing the global confidence crisis in sport, and confronted with such strong institutional powers, how can we practically strengthen the rights of every athlete?

First of all, almost every international sports federation is built on the understanding that every voice counts. In theory, the hierarchy in international sport is democratic from the top to bottom. In theory, the FIFA President has a mandate from around 300 million players who give a vote in their local club, which leads to a vote in the regional federation, leading up to the national federation and ultimately, FIFA. In all the federations that govern Olympic sport, the principle is perfect. It is the practice that fails. For this reason, elite athletes in Germany, Canada and other nations have decided to break out into independent associations to safeguard their rights and the values of sport. This is freedom of association, a fundamental democratic value. It is also completely legitimate to seek influence from the inside of the organizations. Either approach can strengthen the chance for success when athletes speak out for themselves and for their colleagues at all levels.

Bear in mind, you are in a privileged position. You are not just athletes, you are elite athletes. You are, at the sporting level, backed by a relatively wealthy, powerful and complex structure that has been essential for developing your talent and your career. I am not saying that you lead an easy life or that you have not earned your privilege, I am just asking you to accept that your situation is special.

Elite athletes are entitled to fight for their self-interest in better working conditions: their competition calendar, share of the revenues, commercial rights, safety, education, and their life after sport. But there is a broader perspective and responsibility which elite athletes must reach for. The political and economic structures that elite athletes may confront or help to define also rule all other athletes in the sport. Hence, elite athletes have a lot of new potential supporters and a lot of terrain to gain, if they commit to improving the democratic governance of their federations. Because that is an essential task.

Together with experts from six European universities, Play the Game has developed a benchmarking tool called the Sports Governance Observer and have employed it to analyze the governance of the 35 international Olympic federations. The results were alarming:

Since the first report in 2015, some progress has been made, especially in athletics and football, but the overall picture has not changed fundamentally.

The problem with bad governance is not only does it open the door wide for corruption and crime, it also leaves the federation inefficient, unable to meet its goals, unable to serve the athletes and the wider public.

But fortunately, improving sports governance is not exactly rocket science. Transparency, open dialogue, democratic voting are not expensive or difficult to introduce. Elite athletes have a unique opportunity to advocate for a more democratic sport.

But even more critically, elite athletes must work to create a broader and better understanding of the real social and cultural values of sport – and to remind the public that sport is not just about winning competitions, championships and gold medals. Too often, ordinary people have been discouraged from taking part in sports because of this blind focus on extreme competition. Hence, it is also incumbent upon elite athletes to convey the pure fun and beauty of competitive sports, and inspire more people to become active and engaged. It is noteworthy that today most of the physical activities that are growing are outside the realm of organized sports – things like jogging, yoga, mountain biking, street basket, parkour, skateboarding, climbing and so on.

One recent source of inspiration that can help guide political perspective on sport and physical culture, namely the recently revised UNESCO charter on Physical Education, Physical Activity and Sport. This charter is not another contribution to the war on charters. It was written in consultation with all stakeholders in sport, and is a catalogue of actions that governments, sports organizations and others should take to pursue a fundamental right of every human being: the right to be active in sport and physical activity. The UNESCO charter covers a wide range of areas from child protection to environmental sustainability, non-discrimination and integrity, and responsible planning of major events for less privileged groups.

When one looks at all the challenges today in sports politics, it often feels overpowering. But elite athletes – and all the rest of us – can also view those challenges as the richness of sport that reflects so many dimensions of human life. If we bear that richness in mind, we may in the long run find more meaning in engaging in sport. Elite athletes must continue the fight for better working conditions, for better governance and for the life quality that can be achieved through sport and movement culture. That fight is not just for the rights of athletes, it is a fight for the rights of everyone.