The Convercycle is Both an Electric Bicycle and a Cargo Bike 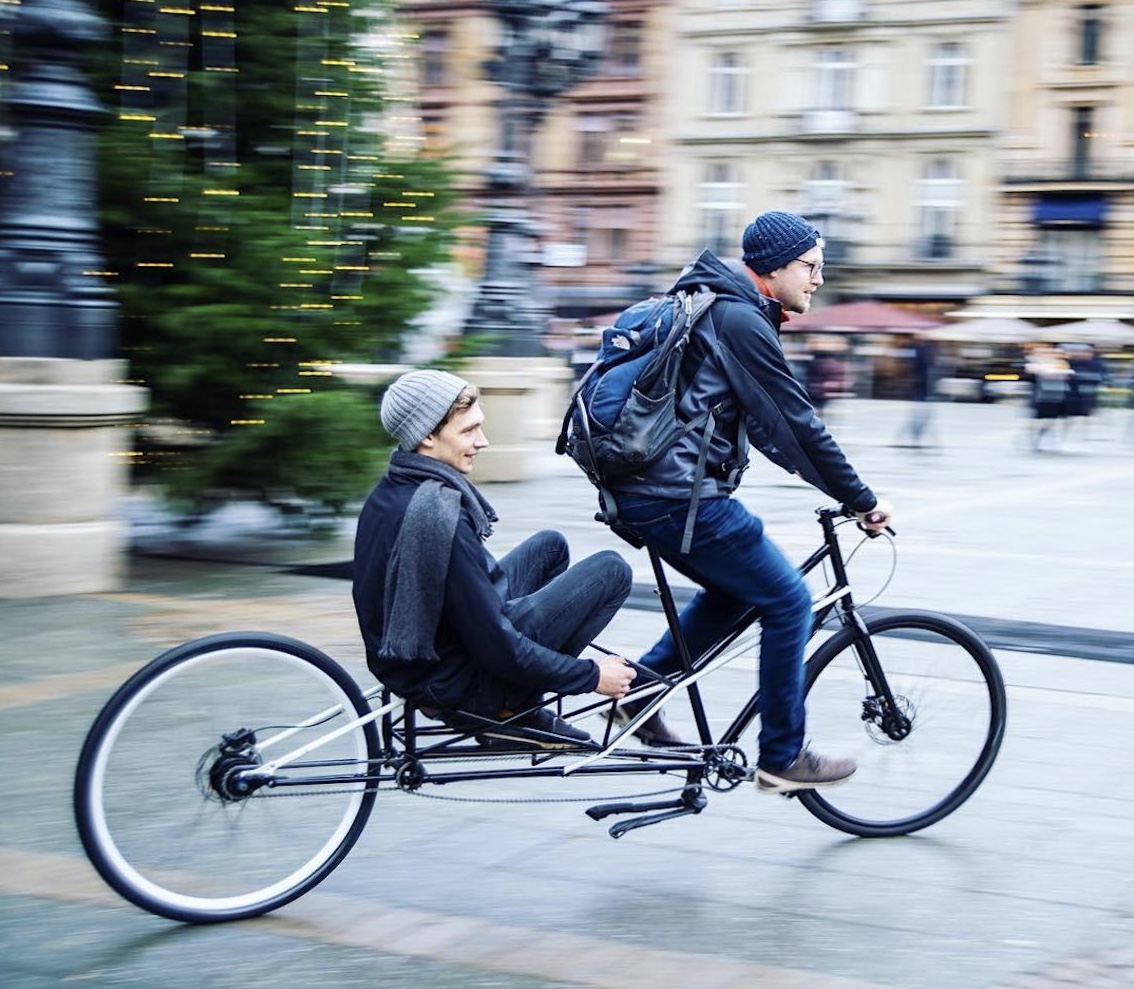 I can’t think of two markets more steadily increasing in the urban cycling segment than the electric bicycle and the cargo bike, two designs that are being more and more combined to bring even greater diversity and efficiency to inner-city travel.

However, cargo bikes can often be rather large and ungainly to park, store, or use as a regular commuter. As a result, the German design student, David Maurer-Laube, has created the Convercycle that’s based on a standard size e-bike that unfolds into a full-size cargo bike.

This is accomplished thanks to the Convercycle’s unique rear swing arm that’s designed to fold out and lock into place, creating a large platform for hauling.

But, once carrying duties are over, the swing arm easily folds back into place. Moreover, the bike’s dual-chain drivetrain allows it to be pedaled in either configuration.

According to Convercycle, the folding process takes just three seconds, which be can accomplished with one hand.

When in cargo mode, the Convercycle is capable of transporting 130 pounds of cargo, while also supporting a rider weighing up to 265 pounds.

The bike itself tips the scales at 62 pounds, with a rack that extends in width that’s no wider than the handlebars.

Additionally, plans call for it to be equipped with a 250-watt motor powered by a removable battery, capable of providing pedal-assistance up to  15 mph.

Convercycle is currently undergoing a crowd-funding campaign on Kickstarter, offering 65% off to early backers, which you can learn more about here.