CapoVelo.com
CapoVelo.com - - The Crazy Act of Underwater Cycling Below the Ice of Lake Baikal in Siberia
22084
post-template-default,single,single-post,postid-22084,single-format-standard,no_animation 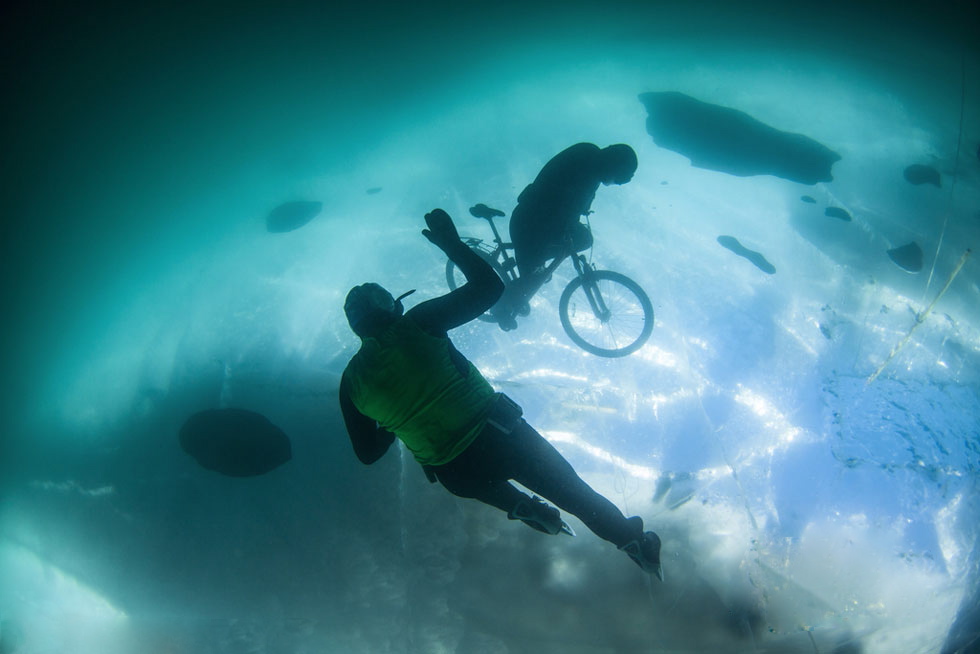 Captain Nemo has nothing on these crazy cyclists, who gave underwater cycling a league of its own. (did you get the pun?)

While holding their breath, this group of Russian daredevil cyclists, braved the frigid temperature of just one degree Celsius, while they rode their bikes under the ice of lake Baikal, the world’s largest freshwater lake in Southern Siberia, Russia.

After making their way through the ice, the cyclists had to hold their breath underwater, in some cases for as much as minute and a half, as they rode their bikes below the 50 centimeter thick ice, while as fellow cyclist, Andrey Sidorov, took photos of this first-ever, insane event.

Shiver me timbers is an understatement in this case.  😉