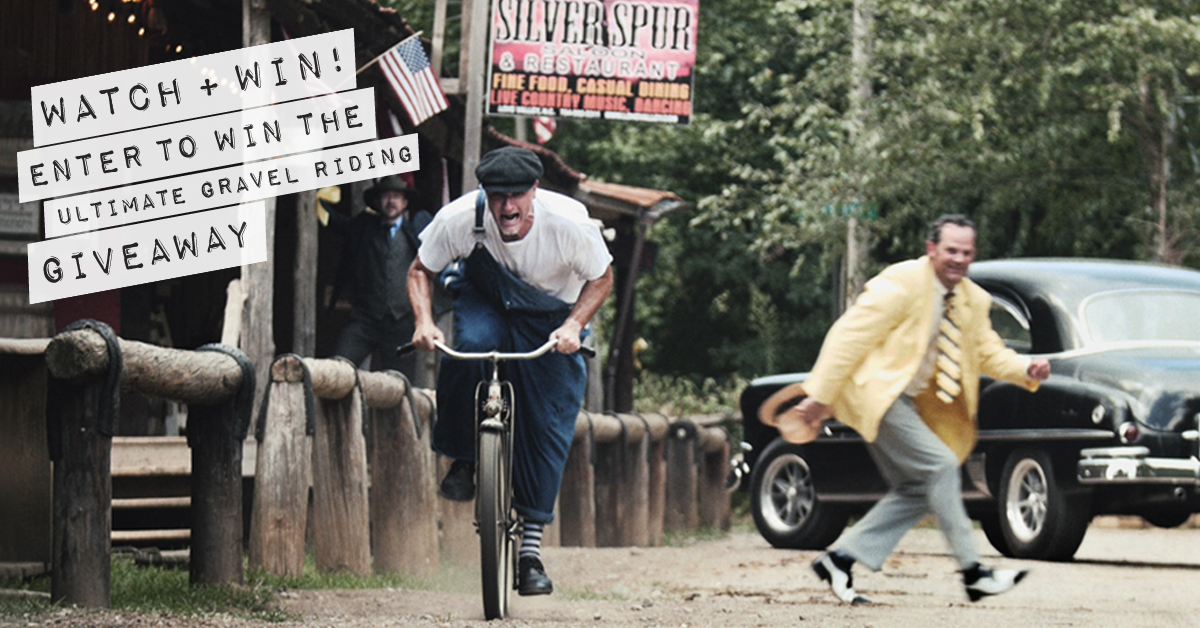 DeFeet’s has launched a cycling short film, called “The Graveled High Rouleur,” which aims to promote adventure riding and the brand’s range of new socks.

The 8-minute film features company founder Shane Cooper and is set in the Prohibition Era in North Carolina.

“As a musician and artist along with being a cyclist, it’s very important for me to find expression in the way DeFeet communicates to our fans and customers,” said Cooper. “This film gives us a chance to showcase the roads we love riding while bringing drama and excitement to our latest collection inspired by adventure.”

In the film Cooper plays a sock smuggler who evades his captors while weaving through dusty dirt roads on a bike, leaving a classic, chasing Pontiac in a cloud of dust. Along the curvy, gravel-covered roads, a sheriff and mayor chase the cyclist into smuggling territory. Eventually, the investigators stumble across the “still” where our hero sews his colorful and eco- friendly socks.  

The Adventures of the Graveled High Rouleur

Before road and mountain bike riding in the USA, gravel riding was about survival.

The history of cycling started on gravel roads. Unpaved ribbons took riders over the highest peaks to the lowest valleys, all in search of the most challenging terrain. These monuments of racing became the standard for the sport, where man and machine were pushed to their limits.

The road less traveled is sometimes the best road to take. The smooth tarmac ends, but around the corner a different adventure awaits. Just because the road has ended doesn’t mean your ride should. Gravel is where the story begins.

DeFeet’s limited batch socks are so good for gravel riding they’ve been outlawed, but our bootleggin’ hero is here to keep you on the move. Will he escape from the fashion police and continue to provide these unique socks to a public starved for style or will the long arm of the law finally catch him? Get ready to experience the story of The Graveled High Rouleur.

The Adventures of the Graveled High Rouleur was filmed at several historic locations in North Carolina. Some of this was intentional, but, for the most part, coincidental. Here they are.

Located in the foothills of the Brushy Mountains sits the tiny, rustic town of Love Valley. Started by Andy Barker in 1954, Love Valley remains very much unchanged. In Western style, it has a dirt main street, wood plank walkways and boarded wood buildings. In 1970, during the Woodstock era, the town staged a rock festival that attracted over 100,000 visitors. The Allman Brothers headlined and, part of the lore of the town, is that the band ended up staying there for good. Today, the Love Valley – Roubaix gravel bike race is one of the biggest annual draws to the area. The gravel roads that surround the area are some of the best in the Nation. Ironically, those same gravel roads are where the inaugural NASCAR Hall-of-Famer Junior Johnson ran moonshine.

“James Dean in that Mercury ’49
Junior Johnson runnin’ thru the woods of Caroline
Even Burt Reynolds in that black Trans-Am
All gonna meet down at the Cadillac Ranch.”
— Cadillac Ranch, Bruce Springsteen

This is a scene in the movie that many will recall from memory – yet still might not be able to place. These scenes were shot at the same location where parts of the Hunger Games were filmed. You will notice the very same cakes and pastries building in the movie. The house where the bicycle powered sock mill is located is the same house Jennifer Lawrence’s character, Katniss, lived. That the location is located just down the road from DeFeet headquarters made it even more conducive for filming. Started in 1905, the mill town operated 4,000 yarn making spindles. When it shut down in the late 1960’s, it had 12,000 yarn spindles that produced fine-combed yarns for lace. Some more interesting facts: Henry River Mill Village operated under its own currency, generated its own electricity, and churned its own moonshine. Now that’s what we call self sufficient.

The connection between bicycling and aviation runs deep, and it was a privilege to be able to tie it into the film. One of the more famous road rides in North Carolina is the climb of Highway 181. For gravel riding, this area is only becoming more desirable. There are literally hundreds of miles of excellent, challenging and quiet gravel road on either side of Highway 181. As we say, this is an area well worth barnstorming, and we can guarantee we will be in the years ahead.